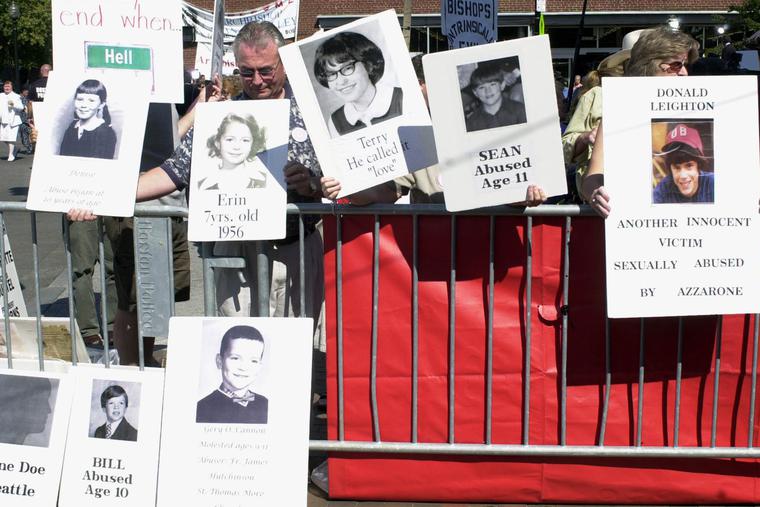 This is the first in a series of Register articles and columns marking 20 years since the 2002 revelations of sexual abuse of minors by Catholic clergy.

As we mark the 20th anniversary of the beginning of the toxic avalanche of revelations about decades of clergy sexual abuse of minors in Boston and beyond, two headlines are clear.

The first is the unfathomable scope of what had happened and remained hidden prior to that apocalypse: tens of thousands of victims, thousands of clerical molesters, hundreds of bishops and senior chancery officials who had covered up the abuse and transferred the abusers, and the entrenched culture of corruption that enabled all of it.

Before 2002, Catholics in the U.S. were familiar with the notorious cases of Father Gilbert Gauthe, who admitted to molesting 37 boys in the Diocese of Lafayette, Louisiana, and Father James Porter, who pleaded guilty to abusing 28 children in the Diocese of Fall River, Massachusetts — but these were, most thought, isolated priestly psychopaths. They were, instead, just the tip of the Satanic iceberg.

I will never forget sitting in the rectory kitchen on Sunday, Jan. 6, 2002, reading The Boston Globe Spotlight Team’s first report of its investigations of clergy sexual abuse in the Boston Archdiocese.

I couldn’t finish breakfast. I could barely breathe. The numbers. The names and faces of accused priests, including several I knew and some who had been assigned to my home parish. The questions. The volcano of emotions. The prayers for guidance as I headed to church to celebrate Sunday Mass and to receive honest questions for which I knew I would have no satisfactory answers. A few weeks later, I would preach a homily trying to make sense of it all from within the perspective of faith. I emailed the text to a handful of friends, who forwarded it to others, until eventually I received it back several dozen times from strangers.

That sermon placed me, without asking, in the heart of the Church’s response, as hundreds of victims began to call me from all over. I listened for hours, with a pierced heart and tears, to what they had endured, trying finally to give them the priestly hearing that many had been denied and others had been too afraid to seek. As a young confessor, I was used to hearing about evil things that people, mainly out of weakness, occasionally commit. But learning about the torture some victims had endured, and the malice and mendacity with which they had been met by some Church officials, was like a second seminary experience, preparing me for a priesthood that I knew would be far different than what I had imagined, and filling me with a righteous indignation against what they suffered that has never waned.

There’s a temptation, especially with things that cause us shame, to try to put them behind us, to turn the page, to change the channel. That temptation is Himalayan with regard to the clergy sex-abuse scandals. But just like the Germans have to wrestle with the difficult, indeed sickening, history of the rise of Hitler, the dehumanization of the Jews and their industrialized annihilation by one of the world’s most advanced and educated societies, so the Catholic Church must confront our deeds. We must never forget that while we were experiencing before our eyes the fulfillment of Christ’s Parable of the Mustard Seed — with the foundation and building up of so many Catholics parishes, schools, universities, chanceries and other institutions, and even the election of the first Catholic president — something truly sinister was taking place in those same institutions, in the seedbeds (seminaries) and among the sowers.

That’s the first headline of the 20th anniversary, as it should be at the 50th, 100th and every anniversary.

The second is far more hopeful. It’s that the evils exposed in 2002 have proven to be reserved, for the most part, to well before 2002. The seminary reforms of St. John Paul II in the early 1990s, the rigorous measures taken by the U.S. bishops in Dallas in 2002, the sanitizing spotlight of the media, the civil lawsuits that have cost the Church billions in assets and more in reputation, the “special attention” given by district attorneys and attorneys general, the clamoring for accountability from reform-minded clergy and lay faithful, the prayers of the saints on earth and in heaven, and the scourging and merciful grace of God have all played a role. It’s safe to say that, since 2002, the cancer of the sexual abuse of minors in the Church in the U.S. has been in remission. New cases have been extremely rare. While it’s hyperbole to say that Church institutions are now the “safest places in the world for kids,” it is demonstrably true to say that Catholic parishes, schools and programs — because of all of the now-standard background checks, anti-abuse training, recognition of grooming techniques, mandatory-reporting mechanisms and more — are indeed safe places for children and teens, as they must remain.

That’s the second headline. While the 20th anniversary is not a cause for celebration, it is an occasion for gratitude and redoubled commitment: protecting kids, caring for victims and reforming the Church in the virtues opposed to the sinful and criminal vices that brought the Church to one of the lowest points in its history.

Twenty years into the rebuilding process, it’s also time to address its by now obvious imperfections. When the U.S. bishops convened in Dallas in 2002 to draft their “Charter for the Protection of Children and Young People” and its accompanying norms, they did so under panic and pressure from the press, lawsuits and furious faithful. They got most of the big stuff right in terms of holding offenders accountable, responding quickly to allegations, cooperating with civil authorities, committing to the healing and reconciliation of victims, and ensuring that the priesthood — with its support structure of parish staffs and volunteer teams more broadly — was no place for those who would harm the young. But it has become evident that in the atmosphere of duress, some things were left out of balance. It’s time for the Church to rectify these shortcomings.

One was the bishops’ failure to hold themselves accountable to the charter and norms, something that has thankfully been remedied by Pope Francis’ 2019 apostolic letter Vos Estis Lux Mundi, precipitated by the scandalous disclosures about abuse committed by former cardinal Theodore McCarrick.

The biggest problem regards justice toward accused priests, to ensure they don’t become scapegoated victims of false accusations. The original understanding of the undefined term “credible” regarding allegations was absurdly low: It meant that the charge was not patently “impossible,” that the priest wasn’t already dead when the abuse took place, and that the allegation involved a who, what, when and where. If the priest had a rock-solid alibi and sterling character with youth, if the accuser had a reputation for chronic dishonesty, if the details were incoherent and contradictory, it really didn’t matter. The priest was removed for the length of an inexcusably glacial investigation, a press release published, the presumption of innocence given lip service and his reputation effectively ruined.

Bishops have been reluctant to veer from what they committed to in Dallas, lest they seem soft on child sexual abuse, but as every child in first-grade catechesis knows, two wrongs don’t make a right.

Some bishops and review boards have tried to invent an undefined term — “substantiated” — to get beyond the concerns with the word “credible,” but after too many false accusations, now is the time to ensure that the procedures are fair toward both accuser and accused and rightly foster a swift and just outcome.

The classic principle of the Golden Rule would seem to apply: Bishops would do well to treat their priests, Church employees and volunteers with the same principles by which they would want to be treated, and by which they actually (sanely and equitably) are.

It’s also time to address courageously the real causes of the crisis, the most prominent of which was a widespread culture of episcopal tolerance toward priestly sexual sins with adults, within an even wider tolerance among the faithful toward the vices of the sexual revolution. If the clergy aren’t held accountable to keeping the Ten Commandments, then no one should be surprised if the forces of hell lead them to transgress further boundaries and commit sins that cry out to heaven.

This is a time for reparation and continued conversion, through which the Church builds on what we’ve gotten right and corrects what still needs to be rectified.