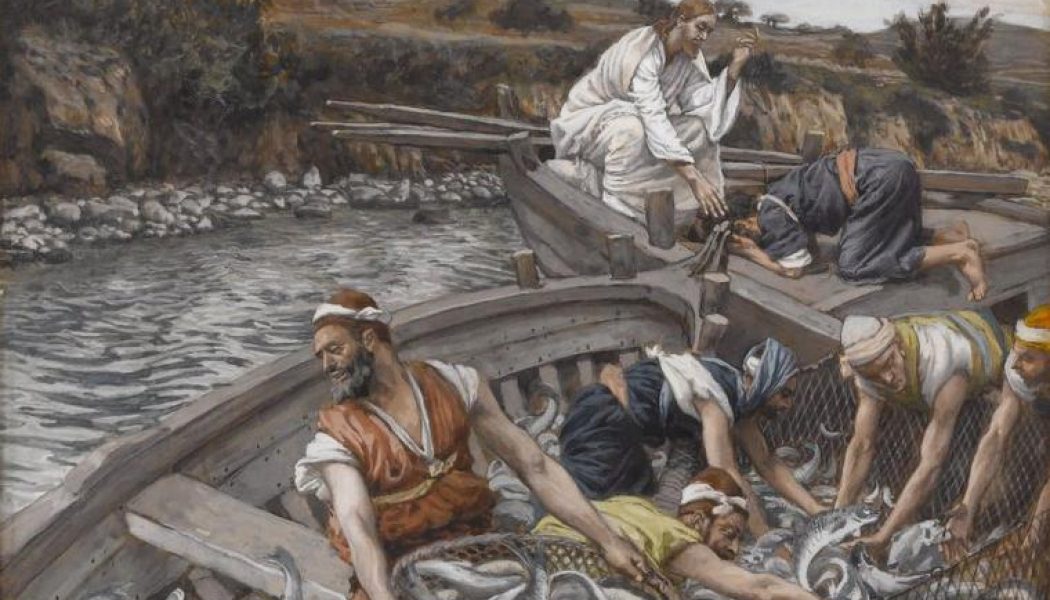 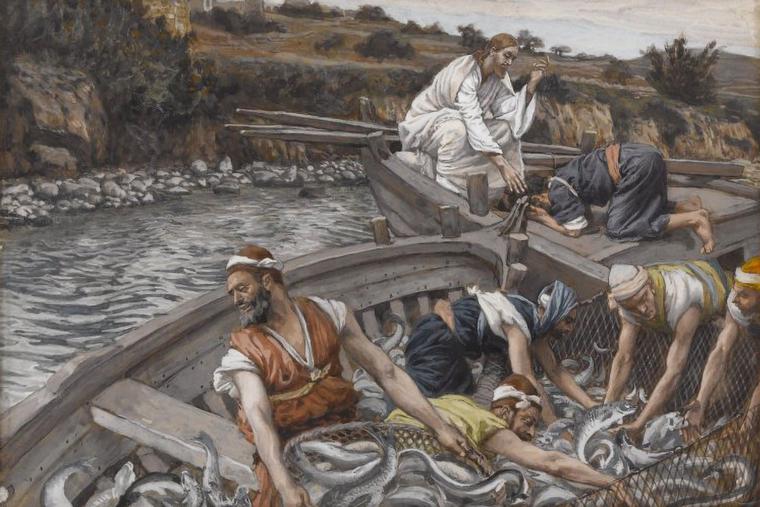 Anyone who has so much as seen the outside of a Bible knows for a fact that not only has God spoken out against animal rights and veganism, he holds the concepts in disdain.

It’s certainly true that some of our greatest saints were vegetarians, including Sts. Anthony the Great, Catherine of Siena, John Chrysostom, Francis of Paola, Hilarion, Angela de Merici and Richard of Chichester. I’ve written elsewhere that there are Christians — particularly cloistered monks and nuns — who eschew meat, but they do so as penance, not out of love of animals. St. Francis of Assisi ate whatever was placed before him.

I understand. I like a nice side dish of asparagus served along the roast turkey just as much as the next Christian — as long as both are wrapped in bacon.

If a vegan says something is so and I have proof it isn’t, then the only sane and intelligent thing to do is consider the evidence at hand. I present for you some proofs that Jesus doesn’t think about animals in the way some animal rights activists pretend he does:

1. There are so many positive references to the sacrifice of animals being spiritually beneficially in the Old Testament that I can’t spare time in this article in dealing with them all. A full account can be found at New Advent. Suffice it to say that some people believe God was wrong throughout the Old Testament for demanding animal sacrifices. That’s not an enviable position to find oneself defending.

2. At the burning bush atop Mount Horeb (Exodus 3:2), God Himself promised Moses a “good and spacious land, a land flowing with milk and honey.” Why would a “vegetarian” Ruler of the Universe call the Promised Land of the Jews by the two things that vegans are appalled about? As far as the vegans are concerned, God might as well have called Israel the Barbecue Kill Zone. Either God’s wrong here or the vegans are, and I want nothing to do with a person if they think God is wrong about anything.

3. In Mark 5:13, Jesus confronts a band of devils possessing someone and upon exorcising them. He agrees to allow them to possess a drove of pigs, which immediately makes them want to run off a cliff and drown themselves in the sea. Does that sound like something a vegan would do?

4. God explains to Moses and Aaron what’s on the menu saying that anything is abbondanza as long as the animal “parts the hoof and is cloven-footed and chews the cud” (Leviticus 11:1-3). However, I won’t turn down Rabbit Cacciatore. (Rabbits chew their cud but they don’t have cloven hooves.)

5. When Jesus urges his followers to spread the Gospel, “When you enter a town and are welcomed, eat what is offered to you” (Luke 10:8). Yum!

6. In Luke 5:3-6, Jesus directs his Apostles in the boat to lower their nets and kill a whole mess of fish. They caught so many fish that their nets began to tear.

7. When Jesus spoke to his Apostles in Mark 7:19 about the appropriateness of foods that could be eaten, he says, food “doesn’t go into the heart but into the stomach, and then out of the body.” Had he wanted us to be vegetarian, which he doesn’t, this would have been a great time to bring it up.

9. Once the feast was prepared and Jesus and his Apostles were having their Last Supper, just to rub it in, Jesus says, “I’ve had a deep desire to eat this Passover with you before I suffer.”

10. Jesus miraculously fed two crowds with fish and bread. That’s a strange thing to do if he wanted us to be vegetarians (Matthew 14:17-21).

11. Isaac announces in Genesis 27:2-9 that he is an old man and urges his son Esau to “fetch his bow and arrows to hunt some wild game for me.” Then he adds, “Prepare me the kind of tasty food I like and bring it to me to eat, so that I may give you my blessing before I die.” His wife Rebekah quickly turns to her son Jacob and urges him to bring her two young goats from the flock so she can substitute them for the wild ones Esau is hunting so that she can prepare some tasty food for your father, just the way he likes it.” I suddenly feel in the mood for some Jamaican curried goat. If its within your means, I highly recommend it.

12. David is very proud to tell Saul, Israel’s first king, that he will strike down Goliath just as he already had innumerable lions, bears and lambs from the flock (1Samuel 17:34-36).

13. In Matthew 3:3-4, St. John the Baptist is described as wearing camel-hair suits accessorized with a calf-leather belt. In addition, he only ate locusts and wild honey. Not terribly typical of a vegan.

14. After the Flood, God gave Noah a carnivorous diet (Genesis 9:1-4): “God blessed Noah and his sons and said, ‘Have many children, so that your descendants will live all over the earth. All the animals, birds, and fish will live in fear of you. They are all placed under your power. Now you can eat them, as well as green plants; I give them all to you for food.’” It’s impossible to put a vegan spin on this one. God went out of his way to invite us to an all-you-can-eat meat extravaganza, and he wasn’t talking about “hunting the wild tofu turkey.”

15. Adam and Eve’s second son, Abel — a shepherd by trade — offered sheep as a sacrifice to God, for which God was well-pleased. Cain, the vegetarian farmer — and part-time murderer — thought he could throw a couple of old carrots and mealy turnips God’s way and everything would have been kosher. However, God rejected Cain’s crudité and went with Abel’s barbeque.

16. When presented with the question as to whether or not Christians were allowed to eat unclean meet such as pork and shellfish, Peter is given a vision of a sheet being lowered from Heaven containing both clean and unclean animals. God then gives Peter instructions to eat any animals he chooses. In essence, a no-holds-barred meaty smorgasbord for everyone and their Great Aunt Tilly (Acts 10:11). Peter even goes so far as to repeat his dream in the next chapter (Acts 11:4–9). The passage is undeniably clear to any who have eyes to see — Jesus is fine with eating meat (Acts 10:28).

17. In John 21, after his Resurrection, Jesus appears to seven of his disciples as they were fishing upon Lake Tiberias. He not only condones the Apostles’ profession but urges them to boldly fish on! Once they’ve caught a record number of fish — thereby killing them all — Jesus calls them back to shore where he has personally prepared a tasty fish treat (John 21:4-6). He never admonished his followers for eating meat because doing so would have been ridiculous when he was feeding them meat and fish!

18. In Matthew 17:24-27, Peter is asked as to whether or not Jesus pays his Temple tax. Jesus gets wind of it and tells them to go fishing and the first fish they catch will have a four-drachma coin in its mouth.

19. Jesus declared all foods — including all kinds of meat — to be clean and acceptable. (Mark 7:19). Had God wanted us to restrict out diets to twigs and barks, He would have been clear to that point.

20. When Jesus first appeared to the Apostles, they presumed he was a ghost. To waylay their suspicions, he said, “Do you have anything here to eat?” They gave him a piece of broiled fish, and he ate it as they watched (Luke 24:41-43). Note that Jesus never asks for a salad, tofu or almond milk. He’s handed some broiled fish and Jesus gobbles it down.

21. Jesus often uses the imagery of the sacrificial Lamb to describe himself (John 1:29, 1:36, Revelation 12:11, 21:27). Vegans are oddly mum on this point. Why would Jesus want animals to be respected as our equals — nay, our superiors — when Jesus equated himself with a sacrificial holocaust? If he is a vegan, Jesus chose the worse possible metaphor to make his point about his earthly ministry.

23. Paul also reminds us that whatever we choose to eat is good only if we thank him for providing it (1 Thessalonians 5:18). He repeats the point in Corinthians 10:31: “Whatever you do, whether you eat or drink, do it all for God’s glory.”

24. Would a vegan “deity” say (Psalm 91:13), “You will trample down lions and snakes, fierce lions and poisonous snakes? Unlikely.

25. Timothy specifically warns Christians against people who harp on and on about what foods people should and shouldn’t eat claiming that their ideas are somehow holier than the ones Jesus taught us:

The Spirit says clearly that some people will abandon the faith in later times… Such people teach that it is wrong to marry and to eat certain foods. But God created those foods to be eaten, after a prayer of thanks, by those who are believers and have come to know the truth. Everything that God has created is good; nothing is to be rejected… because the word of God and the prayer make it acceptable to God (1 Timothy 4:1-10).

Why would Timothy condemn those who demand food restrictions if Jesus supposedly did the very same thing?

Jesus was not a vegetarian. As for the rest of us, eat meat or don’t eat meat. I honestly couldn’t care less. But I think my grandmother’s pork loin could change the mind of any vegetarian.

15ct rhodium plated cz and freshwater pearl contemporary double band ring. Also read up on forex trading for beginners to get an idea of how currency is traded and other useful information. What rights you have over your data.