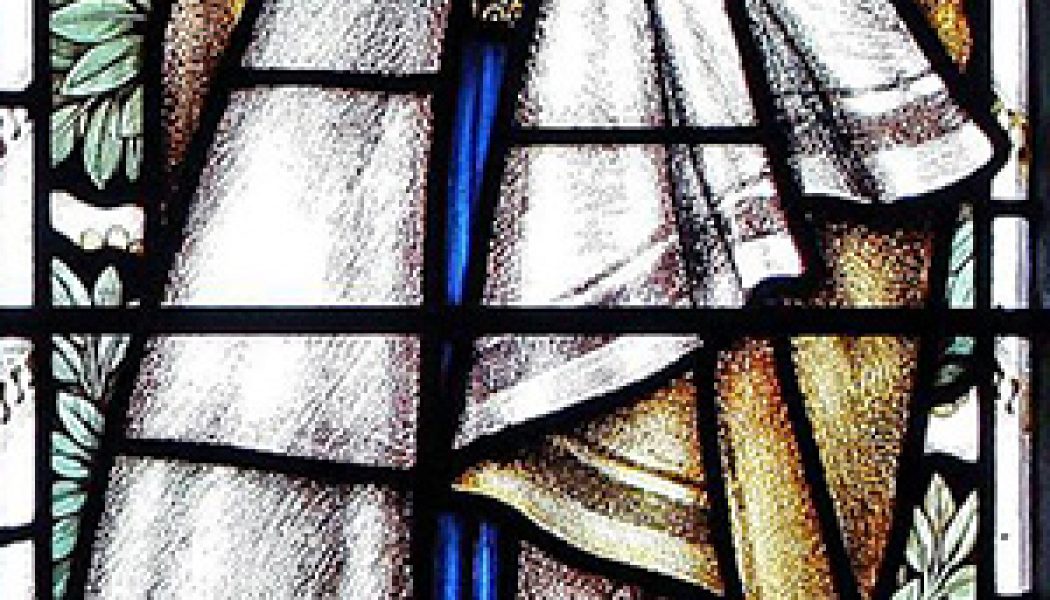 Julian came to see in that tiny little hazelnut the crystallization of three truths on which everything depends.

Imagine you’re having an encounter with someone really quite special. Not an avatar, for heaven sake, whose existence is entirely unreal even as you create one after another amid the sad solipsisms of cyberspace. But an actual human being, a someone with whom real presence is possible. A person, in fact, so captivating and close that nothing can get in the way to block the perfect unity of the experience. “I to my beloved, my beloved unto me.” It doesn’t get much better than that. An ideal intimacy, in short, for which nothing in this world can match the joy and the harmony it brings. And not because the two of you are identifiably the same. But because neither of you is expected to replicate the other, thus reducing real unity to a state of dull uniform sameness. In other words, it’s not about self-love, which is unfulfilling, but love of the other as other.

A husband and wife, for example. Or a mother and her child. Or, at the loftiest possible level, the love of God for every blooming creature he has brought into being. Beings quite literally lifted out of nothingness, whom he will not let go of, will not suffer to fall back into nothingness. That’s because, in a relationship determined by love, and not by use, the other is loved and respected precisely in his or her otherness. Isn’t this how God loves us?  His attentions constantly paid to us are never exploitative or instrumental, but always aim to promote the highest good of those whom he loves.

This was the great discovery, by the way, that the Lady Julian of Norwich came to back in the 14th century, in a series of shattering revelations from Jesus himself — shewings, she calls them — that took possession of her life, her very soul. She was an English mystic, who lived the life of a recluse, or a solitary, in order to pursue the life of holiness in a wholly undistracted way. And she wrote it all down, faithfully transcribing all that Jesus had spoken to her; in fact, she was the first woman to do so in her own language, much like Dante in writing the Divine Comedy in his native Italian.

In the first of what will become 16 separate shewings, she is shown a bleeding crucifix, revealing God’s readiness to wed his own perfect divinity to a humanity as poor and suspect as our own. Why would God, she asks, “who is so reverent and so dreadful,” want to do that?  To enter into an intimacy “with a sinful creature living in this wretched flesh?”

It is, quite simply, because he who is God, is also Love, and nothing is impossible with God. “For the great endless love that God hath to all mankind,” she tells us, “he maketh no departing in love between the blessed soul of Christ and the least soul that shall be saved.” Why should he not then be, as she will later put it, “the ground of our beseeching?”

This is, of course, the great theme of her Revelations of Divine Love, borne out so beautifully in the story of the hazelnut, which she recounts later on in that first shewing. It is a wonderful moment in which we see her holding this tiny little thing no larger than a hazelnut, about which she marvels and exclaims. And turning to Jesus, she asks, “What can this be?” He straightaway tells her: “It is all that is made.” The symbolism of the thing is not lost on her because she realizes at once that it is expressive of all created existence. Which moves her once more to marvel, asking how a thing so tiny could keep from falling into nothingness. That, after all, is the tendency of every living thing, to move ineluctably in the direction of the abyss awaiting every finite and mortal being.

So, what answer does Jesus give her? He tells her that the entire universe of things is held in being, prevented from that final fall into nothingness, because God loves everything he made. Indeed, things are precisely because he loves them, they receive their being only in virtue of this love. And so, in her conversation with Christ, the Lady Julian comes to see in that tiny little hazelnut the crystallization of three truths on which everything depends. The first is that God made the hazelnut, it being quite unthinkable that the hazelnut could account for its own existence. The second is that God loves the hazelnut. Why otherwise would he fashion something he could not love?  There must accordingly be something good, lovely even, in all that God made. And, finally, that God looks after that hazelnut from moment to moment.

All of which moves the Blessed Julian to burst forth with stupefied amazement: “What is he indeed that is maker and lover and keeper?” And there are no words, of course, adequate to describe, much less comprehend, who or what God is. “For until I am one with him I can never have true rest nor peace. I can never know it,” she concludes, “until I am held so close to him there is nothing in between.”