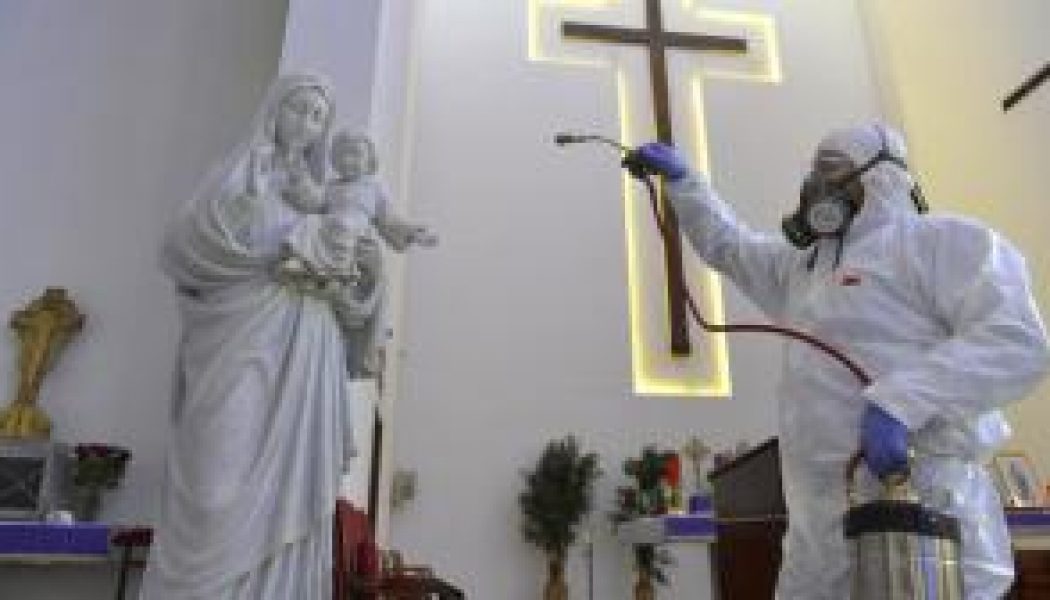 In a recent survey, 20% of Catholics ages 18-34 responded that their faith had decreased as a result of the pandemic, for ages 35-54 it was 10% (link). The poll was conducted in August, long before the current “surge” in cases. When it’s all over will Catholics return to Mass on a regular basis? One priest, Father Illo of the Archdiocese of San Francisco, thinks that number will be less than half:

Our Church leaders are hoping that when the church restrictions are lifted people will all come back to Mass, but I don’t see it. …Before COVID, 75% of Catholics did not come to Mass every Sunday on a regular basis. How many of the 25% attending will return? I think we’ll be down to 5–10% of card-carrying Catholics. link

Studies of previous pandemics have shown that they produce economic depressions that take years to fully recover from (link). Studies have also demonstrated that economic hardship and uncertainty about the future leads to lower birthrates. In Italy this was a serious problem before covid-19; for every birth recorded in the country there are about two deaths (link).

The virus has devastated tourism in Europe which prior to the pandemic contributed 15% to the economy of Spain, 13% to Italy, and 10% to France (link). Moreover, rates of unemployment in Europe are far higher than reported because laid-off or furloughed workers receiving money from their respective governments are still counted as employed (link). Even the strongest economy in Europe, Germany, is depressed:

Even if the country [Germany] is unlocked again, companies that are gone cannot start up again. Consumers and entrepreneurs are unsettled. This is poison for the economy and jobs. The national debt has exploded and continues to rise in the red sky. The desperation of many freelancers, restaurateurs and traders too. The German economy is staggering into crisis. A storm threatens after Christmas” (link).

To what extent this might affect the Church is unclear, but with about two dozen US dioceses already in bankruptcy, giving down, and lawsuits piling up Bishops will have to prioritize their resources.

I recall about a year ago the mayor of San Francisco, London Breed, spoke from Chinatown, urging people to dine in the restaurants, suggesting that though the virus came from China we should not blame the Chinese. She then closed the restaurants a couple weeks later.

At first, civil authorities told us not to wear masks but suddenly changed their minds a few weeks later:

This succession of contradictory statements, embellished by ministerial insults and technocratic arrogance, cannot inspire trust in our political leaders or in the supposedly scientifically based policies they impose (link).

Pro-immigrant politicians and Church authorities will have their credibility challenged:

A country led by people who consider the defense of national borders politically illegitimate will not be prepared to fight an epidemic, which requires placing barriers between people whom there is no political reason for separating (link).

It has been suggested that this will lead to increased nationalism. From an Italian journalist:

The present epidemic is showing, in an explosive way, what anyone not drunk on ideological fantasy has always understood: In times of life and death, what counts is who speaks your language, who shares your past, who is familiar with the sights and smells of your homeland, who sings the same songs, and who uses the same swear words (link).

Large cities are losing businesses and are being abandoned by the wealthy and those that can work from home, leaving those cities impoverished, crime-ridden, and angry. France is on edge:

The main threat is the increasing anger of the population, especially from those confined in small apartments and cramped places while public disorder all around them slowly rises. This anger is already palpable: more than 100,000 legal complaints have been filed against the government for its catastrophic management of the crisis. But it could escalate to violence if the confinement lasts… (link).

Citing pandemics of the past, one sociologist warned of the possibility of lasting emotional distress:

We learned from the SARS and MERS epidemics that quarantines affect the mental health of people in isolation and health care providers. Anxiety, substance abuse, depression and anger lasted months and even years after those crises ended (link).

This is not the first social crisis that the Church has had to endure. At times crises have even led to renewal in the Church, a return to its spiritual foundations and historical identity. That would be the silver lining.