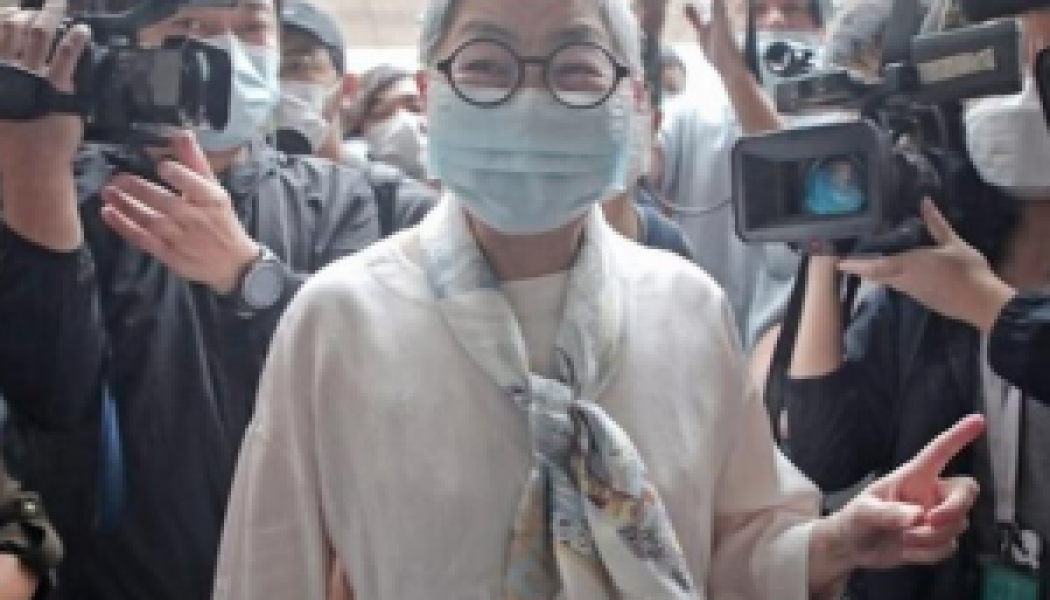 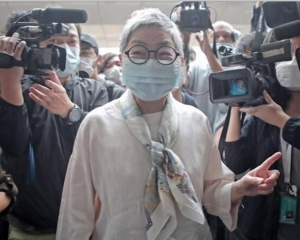 If you want to receive (or go back to receiving) a notification for every new article, click HERE and subscribe to the Newsletter from Settimo Cielo!

(s.m.) On Friday April 16, in Hong Kong, nine top defenders of freedom were sentenced and put in prison. Five of them are Catholics. Father Gianni Criveller of the Pontifical Institute for Foreign Missions (PIME), a professor of theology who spent twenty-seven years in China, has met them in person and on the very day of their entry into prison sketched a vibrant profile of them on “Mondo e Missione,” the magazine of the PIME, and on “UCA News,” a Catholic outlet with a focus on Asia.

With the author’s permission, his text is reproduced below almost in its entirety. But with an important preface.

As is well known, Hong Kong is taboo for the Holy See. Not a word has ever come from Pope Francis and the top brass of the Catholic Church in defense of those who are fighting for its freedom. All this to keep from opposing the Chinese regime in any way, even to the point of leaving the city without a bishop, for fear that the appointment could be distasteful in the least to Beijing.

On this silence, Criveller published in “Mondo e Missione” a few days ago this commentary of his:

And here is his portrait of the five “confessors” of faith and freedom.

Hong Kong, as we have known it, is no longer, and April 16 was one of the saddest days, since freedom died in the former British colony on July 1, 2020. Nine leaders of the democratic opposition were sentenced after being convicted of illegal assembly. […]

The activists were not convicted of violent acts. On Aug. 31, 2019, they allegedly organized a march of 1.7 million people, peaceful but unauthorized. At that time there was no national security law. The condemned people actually contained and moderated this major spontaneous demonstration. They did their utmost to maintain calm and order. They are not reckless activists but political leaders and protagonists in public life for decades. The youngest is 64, the oldest 82. They are respected by most of the population.

I would like to underline the ecclesial dimension of this ongoing tragedy. Five of those who have been incarcerated are Catholics.

Martin Lee, the father of Hong Kong democracy, is a lawyer and former parliamentarian. He founded the Democratic Party, which has the majority support of the population, and is one of the authors of the Basic Law, the constitutional charter of the city. For Catholics, he is a familiar figure, a believer who every morning attends Mass in the central church of St. Joseph and serves there as a reader. For decades, he has been one of the diocese’s most appreciated advisers, often invited to speak to priests, deacons and laity on important issues of current affairs. […]

These condemnations wound the heart of the Church. To those who say that Hong Kong Catholics are divided, I reply that they are not when Martin Lee, a much-loved brother, has to suffer for his ideals. For me he is a “good, meek, wise, innocent man, and above all a dear friend” (Pope Paul VI at the funeral of his friend Aldo Moro, killed by Italian Red Brigades). I am relieved that his sentence has been suspended, but I am not less indignant that a meek and valiant man of law and faith is treated like this at the age of 82.
Hong Kong’s Catholic chief executive Carrie Lam had assured citizens that the draconian national security law – enforced by Beijing last July – would only affect troublemaker agitators. How untrue.

Parliamentarian and trade unionist Lee Cheuk-yan, 64, also comes from the Catholic community. He is a very dear friend, associated to the PIME missionaries by family ties. His wife Elizabeth Tang was “adopted” as a little orphan with her two sisters by Father Adelio Lambertoni, a native of Varese in Italy, where the couple go every year to pray at the missionary’s tomb. Baptized in the Anglican Church, Lee Cheuk-yan attends the local parish and the PIME house with his Catholic wife and daughter. Elizabeth is a prominent trade unionist known around the world and secretary-general of the International Federation of Domestic Workers.

The lives of Elizabeth Tang and Lee Cheuk-yan Lee are entirely dedicated to social justice, motivated by the Christian faith. At his trial Lee associated his arrest and condemnation with those of Jesus himself in a truly noble speech, inspired by great civil and religious ideals. The day after June 4, 1989 (the Tiananmen Square massacre), many mobilized for Lee’s freedom and safe return to Hong Kong. He had gone to Beijing to show the solidarity of a million Hong Kong citizens. I do not think he would ever have contemplated that one day he would be taken into prison in the very same Hong Kong.
[…]

I can hardly believe that my friend Lee Cheuk-yan is now in prison. His sentence is for one year, while he is awaiting the outcome of two other trials. Also imprisoned are other brothers and sisters who have welcomed Gospel’s message seriously. They believe in freedom, whose author is Jesus himself. They believe in the dignity of free men and women, as we are children of God, created in God’s image, protagonists in building the common good for all of humanity.

Years ago, parliamentarian Cyd Ho, 66, who has been jailed for eight months, told me during a Right of Abode demonstration in Hong Kong’s Chater Garden that a PIME missionary had baptized her when she was a young woman.

Gentle intellectual Margaret Ng (in the photo), 73, is also a Catholic. On the fateful night of July 1, 1997, when Hong Kong was handed over to China by Britain, she and Martin Lee addressed the people of Hong Kong from the parliament’s balcony. They asked for freedom and democracy as promised by the city’s constitution. On April 16, 2021, before hearing the sentence that condemned her to 12 suspended months, she read a noble statement which ended with an invocation to St. Thomas More: “I have grown old in the service of the rule of law. I know Sir Thomas More is the patron saint of the legal profession. He was tried for treason because he would not bend the law to the king’s will. His famous last words are well known. I beg to slightly adapt and adopt them: ‘I stand the law’s good servant but the people’s first. For the law must serve the people, not the people the law’.”

Jimmy Lai, 72, in prison for some time, received another 14 months. Founder of Apple Daily, the most popular newspaper in Hong Kong, he received baptism as an adult thanks to Cardinal Joseph Zen. […]

These are men and women punished for their civic commitment and, for some, for practicing their faith in professional and political life. They are witnesses and prophets for our days and they deserve more recognition. But our time and world do not love freedom, nor those who fight for it while paying a very dear price.