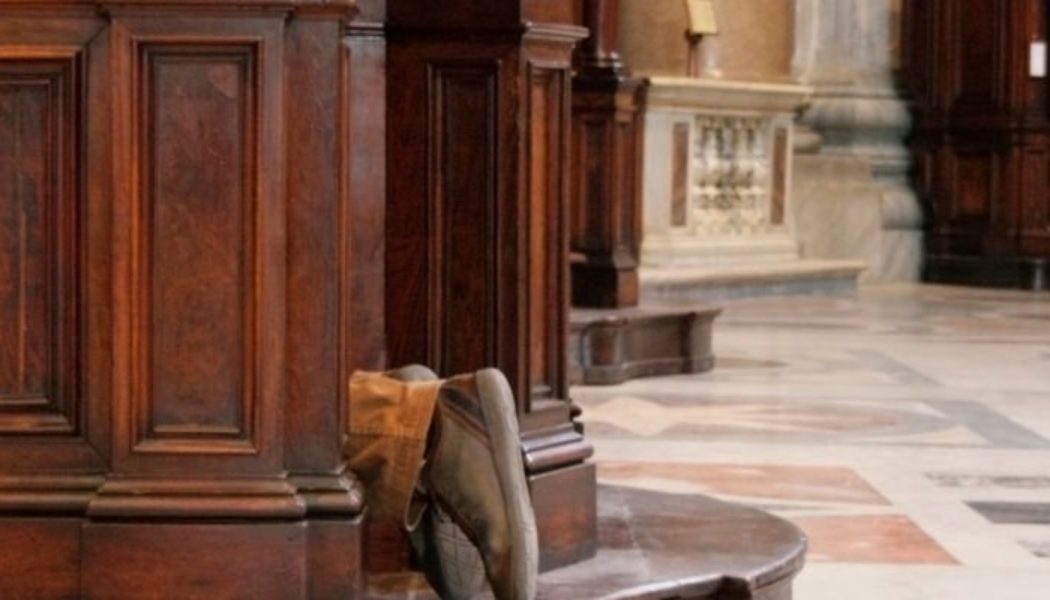 Confession to a priest for the forgiveness of sins is one of the classic “Catholic distinctives,” the defense of which makes up so much of the substance of Catholic apologetics. Many Protestants say confession is another Roman “work” that complicates the simple matter of salvation. Do you have sins? Just confess them directly to God. You don’t need a priest to be a go-between any more than you need Mary, the saints, a pope, or little pieces of bread.

That Jesus indeed instituted the sacrament of confession, that this institution can be proved from Scripture, that the early Christians practiced it and the Catholic Church duly carries it on today, are important points to explain and defend. But today, I want to reflect instead on five ways that confession, like the Sabbath, is made not just to fulfill a divine command, but also to serve natural human needs.

“I absolve you from your sins.” Not only do the priest’s words effect God’s forgiveness—they settle on our ears and into our brains, leaving the matter beyond doubt. Most of us, when we say something to God, do not get such a tangible and immediate response. This audible affirmation that we have been forgiven gives us a boost, eliciting gratitude to God and a resolve to love and serve him better.

That the form of the sacrament is ancient, universal, and systematic—I and the priest follow the received formula, and it works—adds another layer of assurance. We don’t have to wonder if our private, internal confession to God was accurate or heartfelt enough, or if we truly have enough faith, or if we thought the right things. In confession, God gave us a simple, repeatable, ordinary way of accessing his infinite sea of mercy.

It’s not just that confessing our sins “directly to God” lacks tangible assurances. It also runs the risk of turning into a negotiation or exercise in self-justification. Well, you know why I did this, Lord . . . I only did that a couple of times, but it wasn’t serious, and besides, I was tempted . . . What so-and-so did to me was much worse . . . Thanks for understanding, Jesus. I’m glad we had this time together.

Confession cuts through such nonsense. We have to say our sins aloud, hear them echo in our own ears, know that another person has heard them. A good confessor will keep us from trying any self-serving stuff with him. And we have to own up to how many times, and how long since the last time, and other details that we might otherwise bury in our conscience. Jesus knew human psychology better than anyone. And the ordinary means of forgiveness that he instituted is built for it.

It doesn’t take a trip to the confessional to get us to reflect on our sins and failings, someone might object.

Okay. So when was the last time you did it?

I have known a few particularly holy people who endeavored to examine their consciences every night before bed. But for the majority of us who aren’t living saints, our visits to confession provide the needed prompt. And in our age of moral therapeutic deism, in which the sense of sin is considered an unacceptable burden on our good vibes, that forced march to self-awareness can be a spiritual remedy nearly as dramatic as absolution.

How have I done wrong, to God, neighbor, and self? How have I failed to do good? In what areas do I need God’s grace the most? The answers to these questions are the gateway to becoming an integrated, fully alive human being. Or to use another word, a saint.

G.K. Chesterton famously quipped that “psychoanalysis is the confessional without the safeguards of the confessional.” He was observing, in his typical way, how many modern crazes were just inferior, washed-over imitations of the sane and healthy practices of Christendom through the ages.

Now, let’s get something straight: the confessional is not the ordinary place for spiritual direction or conversation. (Anyone who has ever checked his watch from the back of a confessional line, wondering if he’ll make it, will say, “Amen.”) The old adage about the three Bs of confession—“be brief, be specific, be gone”*—holds true. And our confessor is there first and foremost to be a conduit of Christ’s pardon, not to shrink our heads.

That said, maybe we’re being too hard on ourselves, or not hard enough. Maybe our confessor has spotted a pattern in our sins and has a suggestion for breaking it. In such cases, even a routine Saturday afternoon confession can be a time for us to hear words of correction, exhortation, or encouragement that we need.

We have seen so far that, unlike the “directly to God” approach, confession gives us an audible assurance of forgiveness; it keeps us accountable; it compels us to examine our conscience; and it can provide an opportunity for hearing good spiritual counsel. A fifth and final advantage that confession offers is its effect on our relationship with our fellow Christians.

Confession itself is private, of course: me and God and the priest through whom God works. Our sins, of course, are ours and only ours. Yet there is a twofold communal aspect to the sacrament, too.

The first part is the example we can show others by our confession. This may be most apparent in families, where a child seeing his parent enter the confessional, or a spouse his spouse, or a sibling his sibling, serves as an encouragement to approach the sacrament, too. But it also works outside the family: on a college campus, for example, or in a Catholic workplace. We are emboldened, called on, maybe sometimes mildly shamed (in a good way) by the visible example of our brothers and sisters in Christ. Going “directly to God” doesn’t do this.

Neither does it make for the joyful solidarity that our shared experience of the sacrament creates. First, we wait together for our turn in the confessional, laid low by our faults, acknowledging our sinful status individually, yes, but also corporately—all other human divisions set aside. We remind ourselves and each other that, together, we need a Savior.

And then, when our confession is done?

Once, I spent about half an hour on a confession line, shuffling along foot by foot, maybe once or twice glancing sidelong at the man, about my age, directly behind me. Finally I went in, did what I had to do, emerged, and, raising my head, made eye contact with my fellow-confessor, seconds away from his own return to the state of grace . . .

*Some ancient sources have it as “Begin, be brief, be gone.”