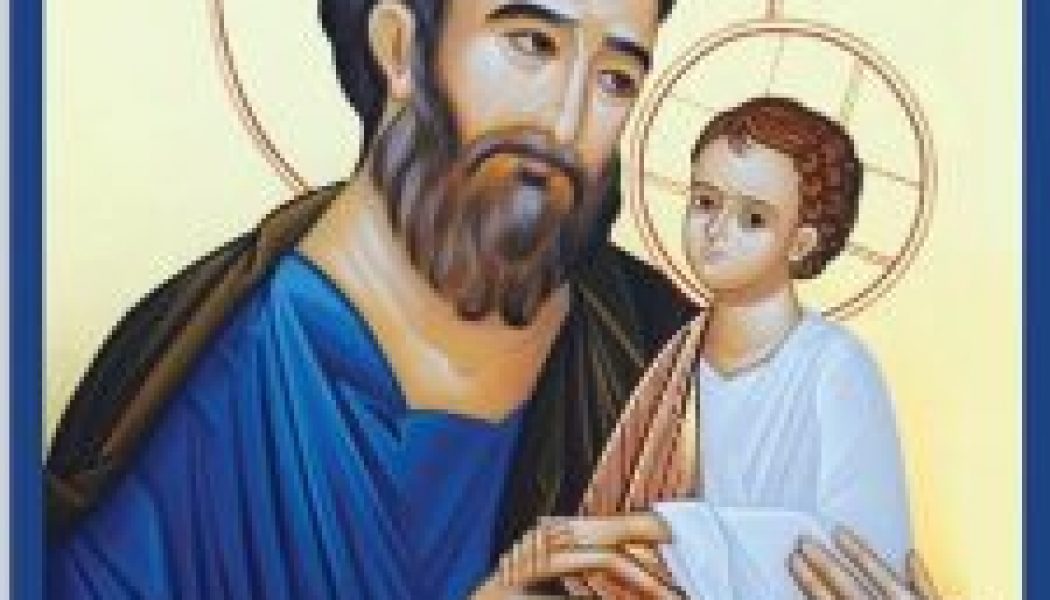 This week, on the Solemnity of the Immaculate Conception and the 150th anniversary of the proclamation of St. Joseph as patron of the Universal (that is, the entire) Church, Pope Francis declared this “The Year of St. Joseph” through December 8th, 2021. The Holy Father also published an apostolic letter about Jesus’ beloved foster-father entitled “Patris Corde” (or “With a Father’s Heart”). In it, Pope Francis writes about Christian devotion to this great saint and mentions how the phrase “Go to Joseph” has an Old Testament origin. These are five of my personal reflections on St. Joseph.

In the Book of Genesis, during a time of famine across the known world, the Egyptians begged their pharaoh for bread. He in turn replied, “Go to Joseph and do whatever he tells you.” Pharaoh was referring to Joseph the son of Jacob who had risen from a very lowly state to become the viceroy of the kingdom. Enlighted by divinely-inspired dreams, this Joseph’s leadership went on to feed and save the whole world from death, including his own family. According to the genealogy at the beginning of Matthew’s Gospel, the New Testament’s Joseph also had a father named Jacob. Though poor and obscure, St. Joseph’s heaven-sent dreams enabled him to guide and protect his Holy Family, leading to the world’s salvation through the Bread of Life, Jesus Christ. Today, as a powerful intercessor in the Kingdom of God, we are wise to “go to Joseph” for needed help.

Within the Gospels, St. Joseph has no recorded words. There is no indication the foster-father of Jesus and spouse of the Virgin Mary was physically unable to speak or ever took a vow of silence; he is simply never quoted. Yet the Gospels suggest he said at least one specific word.

Matthew’s Gospel records how an angel (probably the Archangel Gabriel though perhaps another) told Joseph in a dream: “‘[Mary, your wife,] will bear a son and you are to name him Jesus…’ When Joseph awoke, he did as the angel of the Lord had commanded him and took his wife into his home. He had no relations with her until she bore a son, and he named him Jesus.” Just as John’s Gospel tells us “Jesus did many other signs in the presence of his disciples that are not written in this book,” so St. Joseph almost certainly said many unrecorded things. But the one word that Scripture most clearly suggests St. Joseph said is “Jesus.” The name of Jesus is the sum total proclamation of St. Joseph’s life. May it be so for us as well.

Image of the Father

The Letter to the Colossians says of Christ, “He is the image of the invisible God.” Something analogous was true of St. Joseph for Jesus in being the earthly image of his Father in Heaven. Joseph’s life has no recorded beginning or end in the Bible. We know that he was a carpenter craftsman – a creator of many things to be blessing for others. Perhaps he looked at everything he made and found it very good. Alongside Mary, Jesus was obedient to Joseph; he was Jesus’ boyhood teacher, deliverer, and role-model. Jesus lovingly called him, “Abba, father.” St. Joseph was a holy and loving image of God the Father for his Son. Though imperfect, may we likewise be images of God for each of our biological and spiritual children.

The Hour of his Death

When did St. Joseph die? Luke’s Gospel tells us that when 12-year-old Jesus was found at the Temple in Jerusalem he went down with his parents to Nazareth and was obedient to them. After that joyful reunion, St. Joseph makes no further personal appearances in the Gospels. Joseph had apparently passed away by the time of Christ’s Passion since Jesus on the Cross does not entrust his blessed mother’s care to her faithful husband but to a beloved disciple. Other episodes in the Gospels suggest that Joseph died before the start of Jesus’ public ministry.

How did St. Joseph die? If Joseph, the heir to the throne of David, had been murdered we would expect this prefigurement of Jesus’ own death to be described in the Gospels like the death of St. John the Baptist. Unless some sudden catastrophe befell him, an ailing Joseph would have reached his deathbed. And who would have been compassionately comforting him and powerfully praying for him at his bedside as he reached his hour of death? His having most likely died peacefully in the loving presence of Jesus and Mary makes St. Joseph the patron saint of a happy death.

The Terror of Demons

St. Joseph is called “the Terror of Demons” and his spouse “the Queen of Angels.” Yet the Virgin Mary at the Annunciation was greatly troubled and afraid at the Archangel Gabriel’s greeting, and when resettling his Holy Family from Egypt Joseph feared mere flesh and blood – avoiding Judea because Herod’s son ruled there. How can this man and woman now be leaders of awesome angels or banes of dangerous demons?

One key trait Joseph and Mary shared is obedience. The Book of Exodus displays Moses’ obedience by recording God’s instructions to him and then repeatedly presenting Moses doing “just as the Lord had commanded.” Whenever St. Joseph receives instructions from God (to take Mary into his home, to escape to Egypt, or to return to Israel) the text that follows has Joseph doing exactly as God commanded. Mary was also radically open to God’s will, as when she famously said, “Behold, I am the handmaid of the Lord. May it be done to me according to your word.” The demons, for their part, fell from Heaven’s glory because they refused to do God’s will.

Joseph and Mary were also among the first on earth to accept and love the (then still-unborn) baby Jesus. The demons, in contrast, were the first to reject the Son of God. We do not know the exact reasons for their primordial rebellion but some theorize the demons took offense at God’s plan that the Eternal Son would become an incarnate human being, crowning that creature with a greater glory than themselves. “By the envy of the devil, death entered the world,” says the Book of Wisdom.

Joseph and Mary’s obedience to God’s will and their love for Jesus on earth lead to them being gloriously empowered in Heaven. Jesus told his disciples, “you who have followed me will also sit on twelve thrones, judging the twelve tribes of Israel,” and St. Paul reminded the Corinthians “we will judge angels.” It seems that faithful human creatures who, by God’s grace, love and serve the Lord in the likeness of Christ himself are best suited to become powerful, humble, servant rulers in the Kingdom of Heaven.

St. Joseph, patron of the Universal Church, pray for us throughout this holy year!

This entry was posted on December 11, 2020 at 6:48 pm and is filed under Annunciation, Blessed Virgin Mary, Chrisitian Virtues, Christian Perfection, Fatherhood, Intercession, Jesus Christ, Moses, O.T. Figures, Reflection, Saintly People, St. Joseph, Typology. You can follow any responses to this entry through the RSS 2.0 feed. You can leave a response, or trackback from your own site.