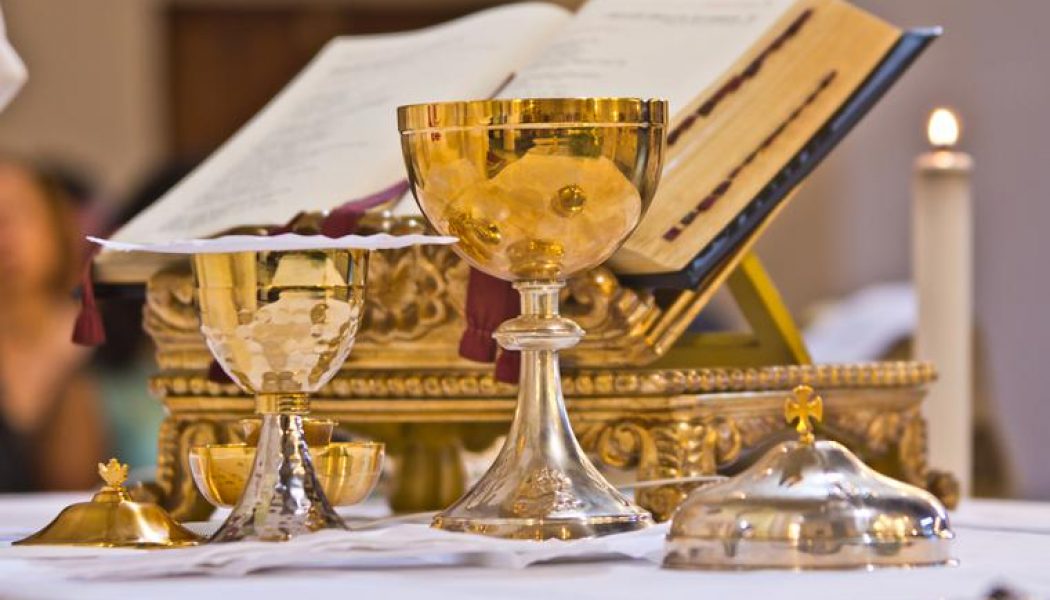 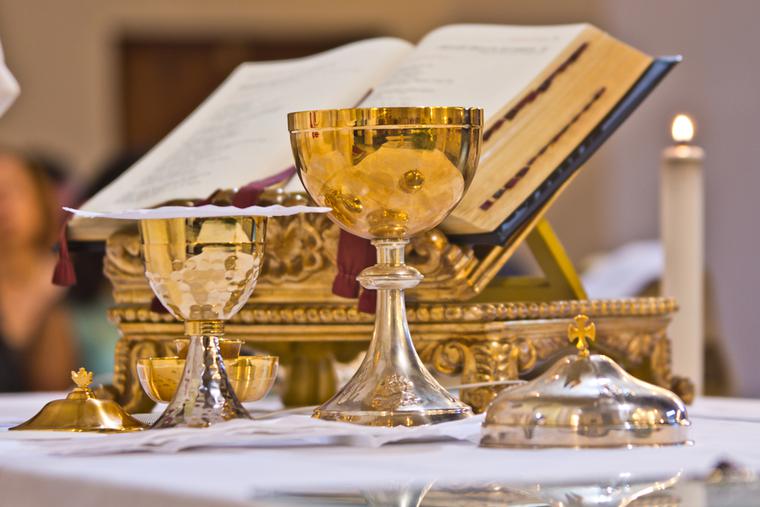 On Ash Wednesday, priests in the United States will be changing the way we finish the Collect, or opening prayer, at Mass. For nearly 50 years, we have prayed, “Through our Lord Jesus Christ, your Son, who lives and reigns with you in the unity of the Holy Spirit, one God forever and ever.” Beginning this week, we will be eliminating the word “one.”

Many other English-speaking countries — England, Scotland, Wales, Ireland, Australia, New Zealand — made this change last Nov. 29, on the First Sunday of Advent. Canada is making the change at the same time as the U.S.

The change comes in response to a May 13, 2020, directive of the Vatican’s Congregation for Divine Worship and the Discipline of the Sacraments, which said that “one God” is an inaccurate translation of the Latin original, undermines the intended affirmation of Christ’s divinity, and may even give rise to dangerous theological misunderstandings.

The problem begins with the peculiarities of Latin grammar. In Latin, word order doesn’t matter much, because the endings of the words tell you what function they play in a sentence. When fourth-century Christians composed the Latin formula that ends the Collect, rather than placing the word “God” (Deus) next to the word for Christ, they moved it to the end of the sentence, where it referred to the word “who” (qui) nine words earlier.

It seems, because of word order, that the original English translators must have been confused and thought the word “God” was referring not uniquely to Christ, to the Father (“with you”) or to the Holy Spirit, but to their Trinitarian union. And because the words “Holy Spirit” come right before the word “God,” which in English would suggest that “God” refers to “Holy Spirit” — a confusion that could not happen in Latin because of word endings — they translators added the word “one.”

This affirmation of Trinitarian monotheism is not unheard of. In Arabic-speaking countries, for example, because Muslims often mistakenly believe that Christians worship “three Gods” instead of “one God in three Persons,” Arab Christians, when they make the Sign of the Cross, say, “In the name of the Father, and of the Son, and of the Holy Spirit, the One God.”

In other translations from the Latin original, however, translators tried to remedy the potential confusion that tripped up the English interpreters.

In Spanish, the translators clarified by adding words: “Through our Lord Jesus Christ your Son, who lives and reigns with you in the unity of the Holy Spirit and is God forever and ever.”

In French, as in English, the exact wording of the Latin is followed, but the French don’t add “one” before God.

It’s clear, therefore, that the English translation was an outlier.

Some might wonder how much difference it makes to emphasize Christ’s divinity over the Trinitarian unity, since both are among the most fundamental truths of the faith. Some might argue that to emphasize the Trinity necessarily affirms the divinity of Christ. That’s true, of course, but the Trinitarian unity is already mentioned in the Collect formula, too, when we refer to “in the unity of the Holy Spirit.”

Beyond accuracy, however, for priests who celebrate Mass in different languages, like I have throughout my priesthood, it makes a big difference.

The guiding principle of praying the Mass is what is normally called the “art of celebrating,” which St. Benedict 1,500 years ago said meant mens concordet voci, that the mind should align itself to the voice, or to the words being said. In normal speech, we think before we speak; but in vocal prayer, and especially in liturgical texts, the words precede the mind of the one praying them. To pray the words signifies letting them enter into the mind and meaning them as we say them.

The Collect of the Mass frames the whole celebration of the Mass. Whether one finishes the prayer emphasizing Christ’s divinity or Trinitarian unity matters. And when one celebrates in English, and then in Portuguese, Spanish, Italian or German, or even in Latin or French, your mind is aligning with two different affirmations. The nature of Catholicism is one should be praying the same thing regardless of the language and not experiencing some form of liturgical schizophrenia. That’s why the new translation of the Roman Missal that appeared 10 years ago was so important. That’s why this change — although to some seemingly petty, and to priests and faithful alike a little awkward after 50 years — is highly significant.

As we get used to the new wording, what are some ways we can profit spiritually from the change?

The first should be a renewed attention to the words we say to God at Mass. Sometimes priests and faithful alike can go through the motions, repeating memorized formulas without truly praying them. This change reminds us that words matter. In fact, every word matters.

The second should be a renewed appreciation for accurate translations. The ancient aphorism, “The law of prayer is the law of faith” (lex orandi, lex credendi), teaches us that the words we use to pray matter, because they will influence our idea of God, the truths of our faith, and more.

We should be grateful that the Church is vigilant to remedy inaccurate translations. It’s a sign that Church leaders recognize the connection between liturgy and life and, out of love for God and us, are seeking to keep the liturgy rightly attuned to the fullness of the faith we profess.

Third, the change can help us to focus on Christ’s divinity more throughout the Mass. The whole point of the revision is to help us keep in greater focus the divinity of Jesus, which fourth-century bishops wanted to emphasize against the heretical Arians, who did not believe Christ was of the same divine substance of the Father. Focusing on Christ’s divinity can help us much better appreciate the liturgy of the Word: God himself speaks to us.

Fourth, the change can help us appreciate that when we approach God the Father, we are doing so in the name of his divine Son. We have a divine mediator. What confidence that should give us!

Finally, since the change begins on the first day of Lent, we should make this 40-day journey with a particular focus on Christ’s divinity. Normally in Lent, as we ponder Christ’s hunger in the desert, his suffering and death, it is easy to emphasize his human nature. This Lent perhaps we can bring his divinity to the fore.

A great opportunity for this is the Second Sunday of Lent, when we meditate upon the Transfiguration, when his divine glory was revealed. Throughout this Lent, however, we can contemplate more deeply the divine kenosis: how Jesus, even though he was God, humbled himself even to crucifixion (Philippians 2:5-11), entering our humanity even to death so that we might share in his divinity.

To focus on Christ’s divinity is to remember, ultimately, his call to holiness, to pick up our cross and follow him, as he seeks to lead us, with him, to eternal glory, where he lives and reigns with the Father in the unity of the Holy Spirit, God forever and ever.