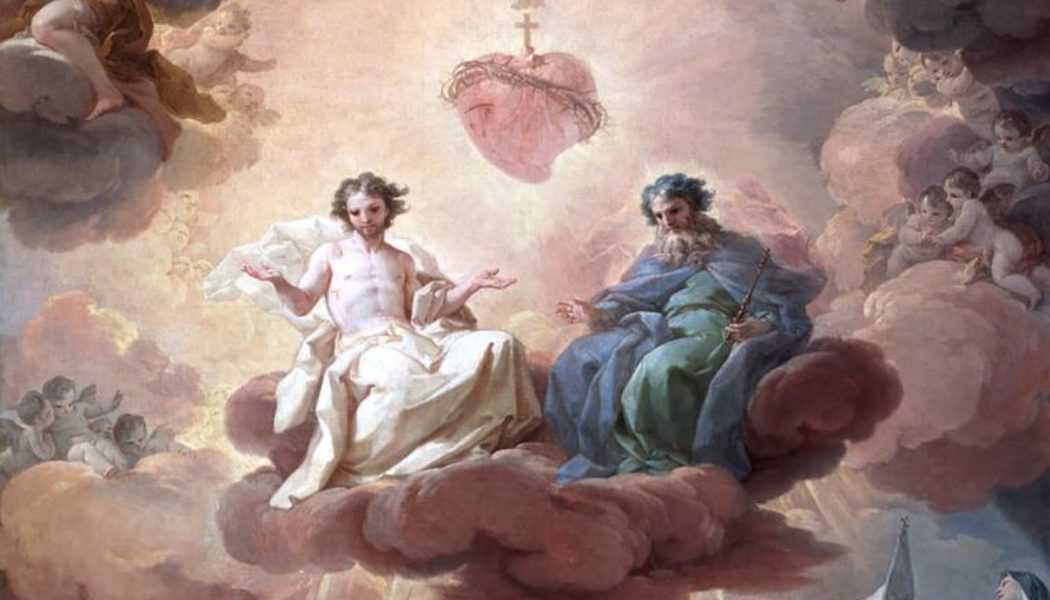 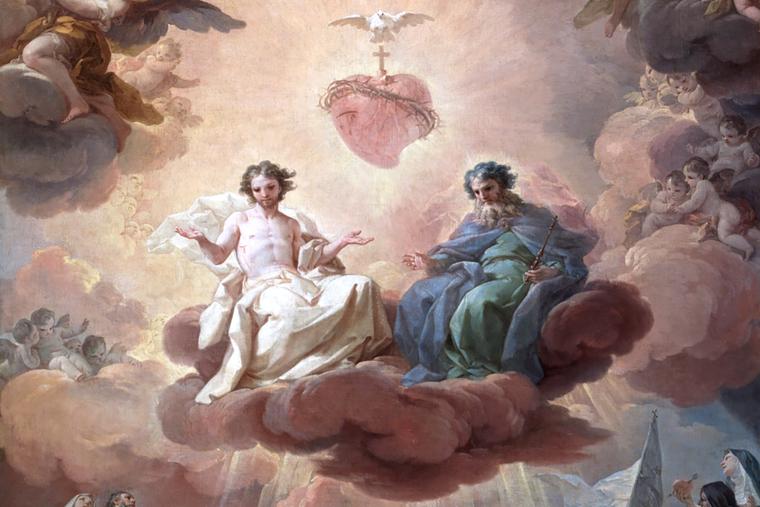 On Friday, June 24, the Church celebrates the Solemnity of the Sacred Heart of Jesus. It is particularly special this year, for two reasons.

The second reason why this year’s celebration is special is because it is taking place at the beginning of the U.S. Church’s three-year Eucharistic Revival, which began Sunday on the Solemnity of Corpus Christi. As such, what Jesus revealed to St. Margaret Mary Alacoque between 1673-75 can provide an important program for all of us in the Church about how to live this revival.

That’s because Jesus’ revelations to this 17th-century Visitation nun in Paray-le-Monial, France, were essentially Eucharistic. Not only did three major revelations of Christ to St. Margaret Mary take place in connection to the Holy Eucharist — twice in Eucharistic adoration and once while she was preparing to receive Holy Communion — but devotion to the Sacred Heart of Jesus is devotion to the mystery of Christ’s human and divine love, which led Jesus to give his body and blood for us on Calvary and to continue to give that Body and Blood to us on the altar.

In his third and final revelation to St. Margaret Mary, on June 16, 1675, during the octave of preparation for the celebration of Corpus Christi, Jesus made the connection between his Sacred Heart and the Holy Eucharist quite explicit. Pointing toward his flaming heart crowned with thorns, Jesus said to her:

Behold the heart that has so much loved men that it has spared nothing, even exhausting and consuming itself in testimony of its love. In recognition, I receive from most only ingratitude, by their irreverence and sacrilege, and by the coldness and scorn they have for me in this Sacrament of Love. But what I feel the most keenly is that it is hearts that are consecrated to me that treat me in this way.

Jesus connects the “heart that has so much loved men” with our response to him in his “Sacrament of Love,” which is the way he self-identifies with the Holy Eucharist, an expression adopted by Pope Benedict in his 2007 apostolic exhortation Sacramentum Caritatis, dedicated to the Eucharist as the source and summit of the Church’s life and mission.

Jesus candidly laments that his self-giving love is unrequited. He spared nothing, exhausting and consuming himself to show us how much he loved us, taking on our nature, putting up patiently with us as his creatures, even allowing us to persecute, mock, torture and crucify him, and then going so far as to give us himself under the appearance of bread and wine as our spiritual nourishment. In response, he says he receives from most, including priests and religious, only ingratitude, irreverence, sacrilege, coldness and scorn.

Such words should pierce anyone who truly loves the Lord. But they also provide a path of reparation and love. The words Jesus gives us reveal what he would like to see from us with regard to his Eucharistic outpouring, namely, the reverse of what he bemoans, each of which should become a touchstone of the Eucharistic Revival.

Instead of ingratitude, we ought to approach the Eucharistic Jesus with unceasing thanks; instead of irreverence, great piety; instead of sacrilege, with souls made holy and pure; instead of coldness, with ardent love; instead of scorn, full of praise.

First, gratitude. We can never thank the Lord enough for humbling himself to become our food and remaining with us always in the Holy Eucharist. Jesus once healed 10 lepers but only one of the 10 returned to thank him (Luke 17:11-19); the Eucharist is something far greater than a miraculous cure from the world’s most foul and debilitating malady.

How do we thank him for that gift of love? First, we should not take him for granted, but come to receive him as often as we can and as well as we can, going to Mass not just when we are obliged to but because we want to. When we do receive him, we should spend time in thanksgiving, immediately after receiving Holy Communion and for some time after Mass. If athletes winning championship can effuse on television with thanks to the Lord for an earthly crown how much more should we thank Jesus for his eternal gift? Similarly, grateful for his presence, we should come to him in prayer, especially in Eucharistic adoration, where the eternal Son of God awaits us.

Second, reverence. We live in a casual and irreverent age, shown in our gestures, clothing, advertising, political discourse, vocabulary and generalized secularization. This irreverence has impacted the liturgy, seen, for example, in the banalization of worship, art, music, posture, dress and attitudes.

The Lord deserves and desires reverence, which is a fruit of fervent faith and love. We can show that reverence by how we prepare for Mass, how we genuflect and kneel, how we dress, how we speak to and about him, especially in the Eucharist, how we prioritize him and desire to remain in his presence. We should behave as those who realize they are in the presence of God.

Third, holiness. There are so many sacrileges against the Blessed Sacrament: Satan worshippers stealing hosts for desecration, tabernacles vandalized, Eucharistic adoration mocked as “cookie worship” or the tabernacle derided as a “bread box.” But the most common form of sacrilege is receiving Jesus in Holy Communion unworthily. This is a problem for greater than various Catholic politicians who obstinately persevere in manifest grave sin — like support for the destruction of innocent human life in the womb or false notions of the family — who nevertheless dare to approach the Lord. We see it in the many Catholics who, without sacramental absolution, routinely receive Communion after having voluntarily missed Sunday Mass, or who harbor hatred, or who are engaging in conduct or in relationships obviously contradictory to the Gospel.

The Eucharist is not just food for saints but medicine for sinners, but sinners who have committed grave sins must first go to Jesus in the sacrament he established to receive his cleansing and be restored to grace before they come to receive him in Holy Communion. God forbid we should ever receive Jesus in the Eucharist unworthily!

Fourth, ardent love. Some in the Church have been called, for good reason, the “frozen chosen.” They celebrate or attend Mass as a dry duty, without enthusiasm, without joy, devoid of passion. Jesus’ Sacred Heart is aflame with love for us and, like he did with St. Margaret Mary, he wants to immerse our heart within the furnace of his own and restore it to us, so that we might truly love him and others with fire.

The Eucharist is meant to be a sacrament of love not just because of Christ’s divine and human love for us, but our reciprocal love for him. If we love him, we will want to be with him, please him, spread knowledge and love of him. The Eucharistic revival should therefore feature many acts of love.

Fifth, praise. There are some who ridicule Catholic faith in the Eucharist, but the most common form of scorn is indifference. How important it is for us to praise the Lord for who he is and what he has done for us, to make him in the Eucharist the biggest difference of our life, to bless him, as the Church does in the “Divine Praises” at Benediction. Praise is the highest form of prayer, because it expresses love for God for who he is, even before we consider all he has given. The revival is a time for each of us and the whole Church to cry out, “Praise the Lord, my soul, all my being bless his holy name!” (Psalm 103:1)

As the Church celebrates a special Solemnity of the Sacred Heart at the beginning of this Eucharistic revival, let us strive to do so in a way Jesus has suggested will please him most keenly and continue to do so through the Revival and beyond. In response to his Eucharistic love, let us spare nothing in return, exhausting and consuming ourselves to show our gratitude, piety, purity, passion and praise.