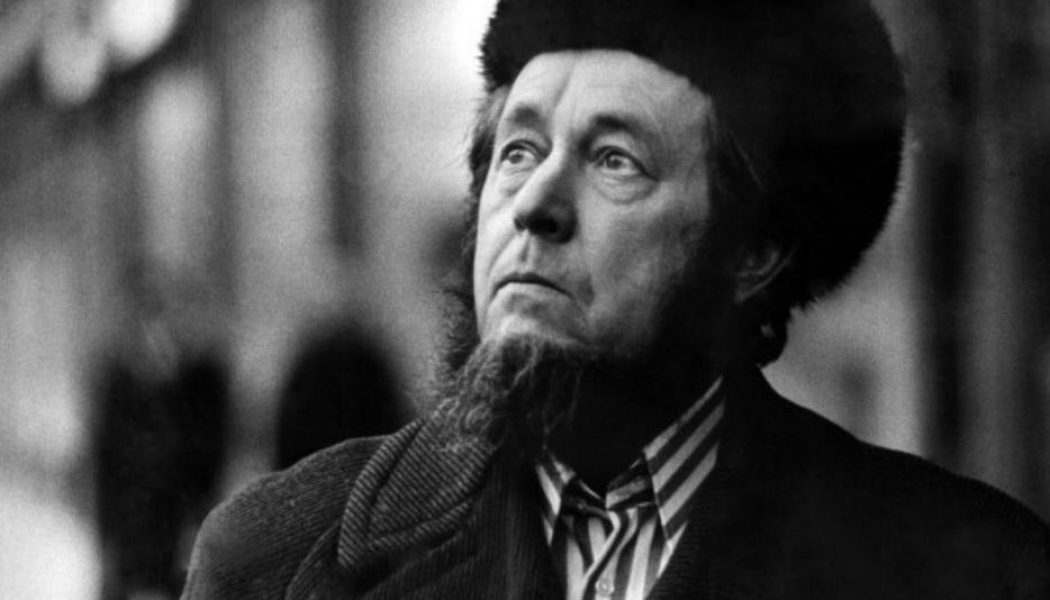 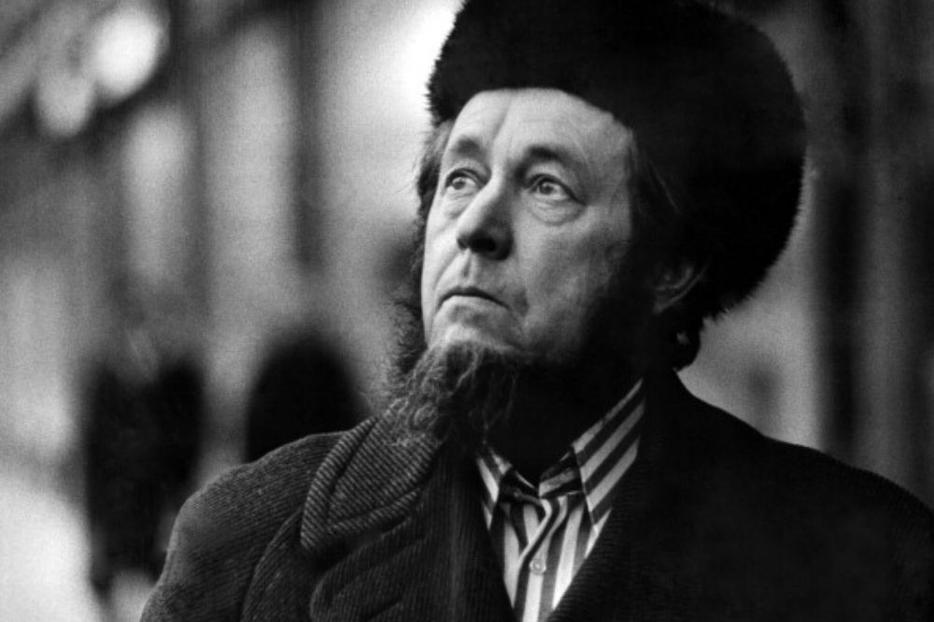 COMMENTARY: On Oct. 8, 1970, the Russian writer who exposed communism’s hatred for God was awarded the Nobel Prize in Literature.

“In 1949, some friends and I came upon a noteworthy news item in Nature, a magazine of the Academy of Sciences.” So opens Alexander Solzhenitsyn’s majestic The Gulag Archipelago, a seemingly odd start for a classic on the Soviet gulag, the nation’s forced labor camps. Readers initially wonder where the author is headed with a sort of ho-hum report from not a political journal but a science journal. He continues:

“It reported in tiny type that in the course of excavations on the Kolyma River a subterranean ice lens had been discovered which was actually a frozen stream — and in it were found frozen specimens of prehistoric fauna some tens of thousands of years old. Whether fish or salamander, these were preserved in so fresh a state, the scientific correspondent reported, that those present immediately broke open the ice encasing the specimens and devoured them with relish on the spot.”

At this point, readers might still be confused. Isn’t this a book on the Soviet gulag? Why are we reading about prehistoric fauna?

Actually, they’re learning about the gulag — its escapees, its survivors. Solzhenitsyn next explains what those present did with those ancient creatures. They didn’t rush them off to a museum; no, they devoured them. They were not doing a scientific excavation — they were escaping a communist prison camp, where millions starved and died.

“Flouting the higher claims of ichthyology,” narrated Solzhenitsyn, and “elbowing each other to be first,” they chipped away the ice, hurried the fish to a fire, cooked it and bolted it down. No doubt, said Solzhenitsyn, Natureimpressed its readers with this account of how 10,000-year-old fish could be kept fresh over such a long period. But only a narrower group of readers could decipher the true meaning of this “incautious” report. That smaller club was his fellow gulag survivors — the “pitiable zeks,” as Solzhenitsyn called them. When your goal is survival, you survive, even if it means hurriedly devouring something that in a normal world would be carefully rushed to a museum.

What started as a seemingly odd opening about prehistoric fish was actually a poignant anecdote about the human horrors of Soviet communism. It was not about fish at all. It was about human beings who had been trapped in their state-constructed frozen ice lens — the frozen camps of Siberia.

I mention this now because it was 50 years ago, shortly before the publication of The Gulag Archipelago, that Alexander Solzhenitsyn received the Nobel Prize in Literature. Few recipients have so earned it.

To here summarize Solzhenitsyn’s life or book would be impossible. There was so much of note. Many might point to his Harvard commencement address in June 1978, or perhaps his less-known-but-equally-inspiring Templeton Prize speech (“Men Have Forgotten God”) in May 1983, or his reporting on the daily travails of another sufferer in his classic A Day in the Life of Ivan Denisovich. For me, however, what endures most are his reports of religious persecution under communism.

In The Gulag Archipelago, Solzhenitsyn reported on the Moscow “church trials” of the 1920s — classic communist show trials, aimed particularly at the Russian Orthodox Church. Solzhenitsyn provided a narrative account of this surreal, painful miscarriage of justice. The presiding judge was Comrade Bek, with the prosecutors Comrade Lunin and Comrade Longinov. Solzhenitsyn didn’t bother to share the first names of this dubious troika of comrades. It didn’t matter. Their names and faces and roles and duties were interchangeable in the Soviet system.

On trial were 17 defendants from the Russian Orthodox Church, including the patriarch, archpriests and laymen, accused of disseminating “propaganda” and of “hoarding” Church valuables (including everything from liturgical items to relics to icons) that the Soviet state demanded. Lenin and his Bolsheviks salivated over these “fabulous treasures” of the Church. Leon Trotsky rubbed his covetous hands together: “The booty is enormous!” he thrilled.

And thus the Church was told that it must give up everything to the state — then and there, without hesitation. That would ultimately include churches themselves, not to mention the loyalty of priests. The Soviet state was to be the new arbiter of truth.

And so, on May 5, shortly after May Day 1922, the holy day of international communism, Patriarch Tikhon was one among 17 Church officials dragged into a Moscow “courtroom” to testify for having “acted incorrectly” in disobeying the state.

Solzhenitsyn’s narrative strikes me especially today because the words echo in the United States today. In fact, what Tikhon told the judge is eerily similar to what Kim Davis, the Kentucky law clerk, told a judge post-Obergefell when she refused to issue in her name same-sex “marriage” licenses because doing so would violate the teachings of her faith. Catholics will face similar interrogations for not doing what the state orders in defiance of the teachings of their faith. Here’s Solzhenitsyn’s narration:

Comrade Bek to Patriarch Tikhon: “Do you consider the state’s laws obligatory or not?”

Patriarch Tikhon: “Yes, I recognize them, to the extent that they do not contradict the rules of piety.”

Tikhon: “I am citing only Church law.”

The Soviet atheist judge then lectured the head of the Russian Orthodox Church on a correct understanding of “blasphemy.” He told the shaken patriarch that he was a liar.

The verdict, incidentally, was already predetermined. Nonetheless, the “jury” proceeded forward with the farce, ordering criminal charges against the patriarch. He was arrested and removed from office, and he eventually died of a heart attack while under house arrest. At least he wasn’t executed on the spot — 11 of his 17 co-defendants were shot.

In my view, accounts like this are among the most memorable moral lessons in Solzhenitsyn’s great work. He documents vile examples of Soviet sacrilege and persecution of religious believers. In The Gulag Archipelago, he recorded how nuns and prostitutes were housed together in special sections of the gulag, both deemed whores by the atheistic state.

Solzhenitsyn understood what the Catholic Church understood about communism. As noted in Pope Pius XI’s 1937 encyclical Divini Redemptoris, communism “is at its origin primarily an evil of the spiritual order.”

As he recorded, the roots of this rage were unmistakable: “Within the philosophical system of Marx and Lenin … hatred of God is the principal driving force.” As Solzhenitsyn knew, Soviet communism was not merely a political and ideological threat but a spiritual threat. And few did better work exposing that dark world than he did.

It was 50 years ago that the world recognized Solzhenitsyn “for the ethical force with which he has pursued the indispensable traditions of Russian literature” — a literary achievement that went well beyond the realm of literature. Like the best of literary works, what he told us had profound moral-spiritual lessons that endure through the ages. He would not want us to forget. And we shouldn’t forget.