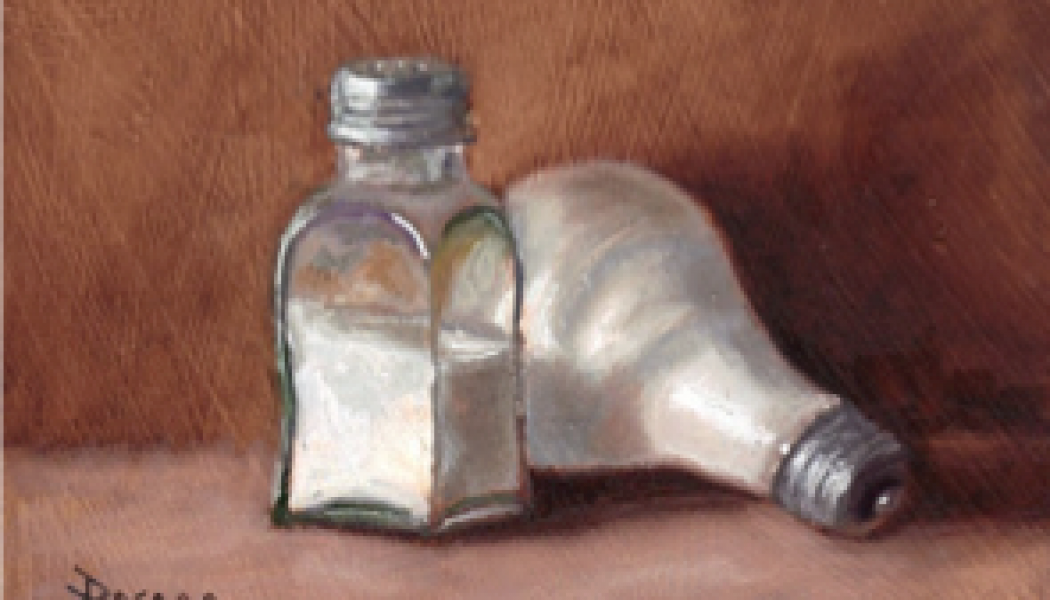 In the Gospel today the Lord describes metaphorically what a Christian is and what He expects of us. Note five things about what God says:

I. The Definitiveness of His Proclamation– The text says, You are the Salt of the earth. … You are the light of the World. … But if salt goes flat it is good for nothing. … No one lights a lamp and puts it under a basket.

The Lord is definitive in two ways. First,He says, “You.” He is not talking just to people long ago or to the person next to you. He is not merely talking to your pastor or the Saints. He is talking to you. Youare salt. Youare light. You. It’s too easy to say, “Look at what the Lord is saying to those people long ago near the lakeside.” It’s not long ago; it’s now. It’s you.

The second way that the Lord is definitive isin saying that bothimages depend on us; if we are not salt and light then no one else will be and we will have utterly voided our worth.

The metaphor of light: The Lord says that you are thelight of the world, not merely alight. What this means is that if we do not shine, the world is darker; no one can take our place. If we don’t shine by living our faith and proclaiming it, the world is in darkness. Buddha can’t help. Mohamed can’t pull it off. Science and humanism can’t substitute. Either we are light or there is none. Some may call this arrogant, but I just call it Scripture. The Lord said it, not us. We are either light or else the world is dark. And if the world is getting darker, whose fault is that? We need not go far. Too many Christians fulfill Isaiah 56:10, which says, Israel’s watchmen are blind, they all lack knowledge; they are all dumb dogs, they cannot bark; they lie around and dream, they love to sleep. You may be an exception, but too many Christians are not.

Therefore, notice the definitive pronouncement the Lord makes here. We Christians are either with the Lord or we’re nothing. We’re either light or the world is in darkness.

II. The Dynamics of Salt– When Jesus says that we are the salt of the earth, what are some of the lessons we can learn? Consider these four things:

Salt seasons.Christians are called to add spice to life, to bring beauty, joy, and hope to the world. Joy is the surest sign of a Christian. Even our keeping of the Commandments is a source of joy, as we experience God’s power to put sin to death in us and bring forth order, self-discipline, and holiness. Hope, too, ought to distinguish us from a world that is often cynical and thinks sin is inevitable. To this world we are not only to declare that the Commandments are possible and bring joy, but to demonstrate it in our lives. We are to be zesty, passionate, alive, and free from sin in Christ. Yet, sadly, we Christians are known more for what we are against. Too many Christians are not spicy; they do not really add flavor. They are more like bored believers, depressed disciples, fearful faithful, and frozen chosen. In our best moments, look what spicy things the faith has contributed: Art, music, churches, hospitals, universities, the scholastic and scientific methods, and holidays (a mispronunciation of Holy Days). Our tradition and Scriptural teaching of justice, mercy, love, and the dignity of the human person has blessed the world. Do you bring spice to the lives of others? Do you bring hope and joy? Scripture says, Always be prepared to make a defense to anyone who calls you to account for the hope that is in you(1 Peter 3:15). That means that people notice hope in you! Do they? How?

Salt preserves. Before refrigeration, people often used salt to cure or preserve meat. The salt killed bacteria and other microorganisms that caused rot and decay. As Christians, we are called to prevent further decay in this sin-soaked world. The truth that we proclaim is meant to preserve people from the decay of sin and overindulgence. Chastity, justice, generosity, and the proclamation of the truth, are like salt that preserves this world from decay. We must be salt. If we are not, nothing else is. Youare the salt.

Salt heals. In the ancient world, salt was used on wounds. It helped to stop bleeding, killed bacteria, and prevented further infection. So, too, the Christian faith. Through our doctrinal and moral teaching, and our living of it, we are called to bring healing to this world, which is wounded by sin, strife, war, jealousy, anger, bitterness, retribution, promiscuity, unfaithfulness, greed, and countless other errors. The Word of God and His plan is a healing medicine for what ails this world.

Salt burns. Yes, salt stings when applied to wounds. We Christians aren’t just sugar and spice and everything nice. When salt is applied to wounds it burns and often brings out loud protest. The truth stings, too. The truth of the Gospel can be irritating to a world that is wounded by sin. But despite the protests of the world, the sting is a healing one. It is driving out the disease of the world and preventing further infection. Just because people protest the Church and howl in complaint at the truth of the Gospel does not mean we have done anything wrong. In fact, protests often show that we are doing exactly what we must.

III. The Destination of Salt– The Lord says that you are the salt of the earth. He did not say that you are the salt of the Church. For salt to be effective it has to get out of the shaker! Too many Christians are bold in the pew but cowards in the world. They will speak of the faith in the relative security of the Church and among certain friends, but don’t ask them to preach to their spouse, their co-worker, or even their children; that’s too scary. And don’t even thinkabout asking them to knock on doors, or to go to the local mall and witness, or to stand in front of an abortion clinic.

Salt in the shaker is useless. It has to come out of the shaker in order to make any difference. You don’t salt salt. Witnessing to fellow Christians may have a limited benefit, but it is not really the true destination of salt. The salt has to go forth. When the priest or deacon says “The Mass is ended go in peace,” he might as well be holding up a salt shaker and shaking it!

It’s long past time for the salt (you and me) to go forth. Consider these observations about life in our country today:

All of this has happened on our watch. It’s time for the salt to work. The world needs the salt to get out of the shaker and do its work of seasoning, purifying, and preserving.

The Designation of Pure light– You are the light of the world. A city set on a mountain cannot be hidden. Nor do they light a lamp and then put it under a bushel basket; it is set on a lampstand, where it gives light to all in the house.You don’t light light; it is the darkness that needs the light. Light is meant to be seen. There are too many undercover Christians, secret agent saints, and hidden holy ones. Jesus didn’t light our light so that we could hide it under a basket out of fear. He wants the Church, you and me, to shine. The Lord wants every Christian to be a light so that it’s like a city on a hill! He wants us to shine so that we can’t be hidden.

The Details of Light– Jesus goes on to say, Let your light shine before others, that they may see your good deeds and glorify your heavenly Father. Let’s consider four things about this light:

The CAUSE of the light – Notice that little word: “Let.” We are to yield to Christ, to allow Him to shine through us. He is the cause of our light. Let your light shine. There’s an old gospel song that says, “When you see me trying to do good, trying to live as a Christian should, it’s just Jesus, Jesus in me.”

The COST of the light– The light is to shine, but there is no shining without burning. Shining costs us something. It may be Christ’s light, but it shines through us. This means sacrifice. It means letting Him use you. It means not always sleeping when you want to. It means not just sitting at home and saying, “Ain’t it awful.” It means getting out and getting involved. It means getting “out there” and risking a few things. It means being visible, targeted, and identified with someone (Jesus) who is hated by many. And in a world that prefers the darkness to light (cf.John 3:19-21), it means being called harsh, out-of-touch, and hateful. There is no shining without burning.

The CONSEQUENCE of the light– God is glorified when our light shines. We do not act or get involved merely to vent our own anger or to fight for our own sake. We are light to glorify God. It is not about our winning, it is about God shining and being glorified. When we do get involved, too often we seek merely to win the argument rather than to glorify God. Often we act in order to garner praise rather than to have God glorified. We need to pray for good intentions, for it is possible to do the right thing for the wrong reason. The desired result is God’s glory not our glory.

OK, now pass the salt and turn on the light!