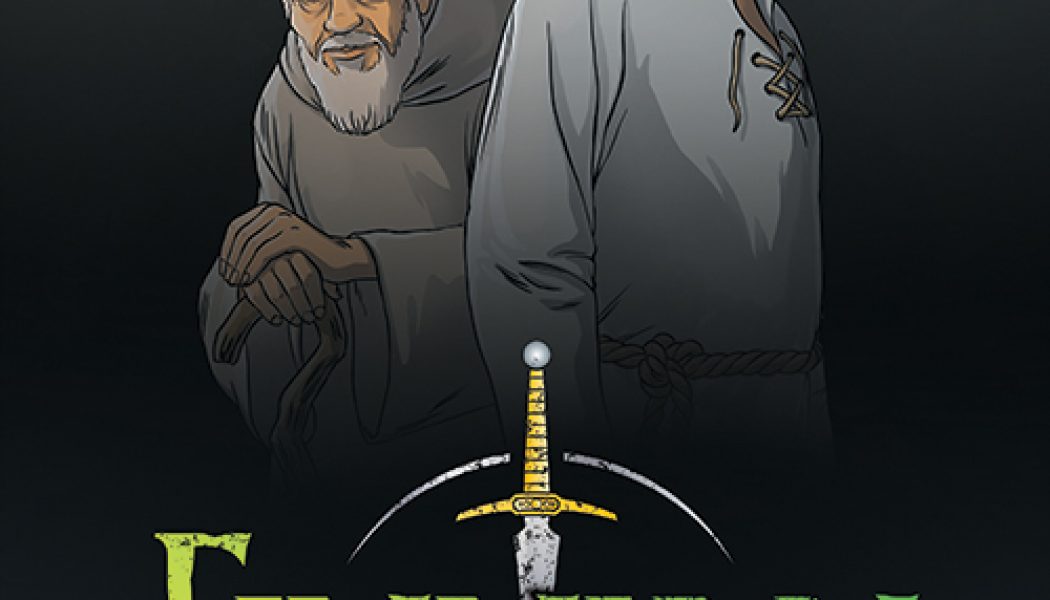 Comic books have always been popular among children and their popularity is only increasing in recent years. Graphic novels are frequently used in an educational setting and are promoted by some educators as a “gateway” to literacy.

However, it’s not alway easy to navigate the waters of the comic book world, especially when the majority of mainstream comics are directed at adults. This can often result in a younger child picking-up a comic book that was intended for a mature audience, exposing the child to images that may be offensive to the parent’s religious beliefs.

This is a problem, one that Voyage Comics & Publishing is here to solve.

We create quality, entertaining comic books that are not only geared at children, but can be enjoyed by adults as well!

Furthermore, we pack each issue with a “spiritual punch,” inspiring each reader with truth, beauty and goodness.

Below is a list of our 7 entertaining comic books for kids, along with an age rating to help parents decide which comic is best for their children.

Each link also has reviews of the comic by parents like you, so that you can see how others have enjoyed the stories and artwork.

*Parental Advisory: No violence is shown in the following comic books, nor are there any disturbing images. Mention of war, violence and grief is made in the text of the comics.

Finnian and the Seven Mountains #1

Seeking to avenge the death of his parents at the hands of Viking marauders, a young man named Finnian leaves his monastic school in Ireland to find a legendary sword rumored to have the extraordinary power to defeat evil.

Join writer Philip Kosloski, and artists Michael LaVoy and Jim Fern (AMAZING SPIDER-MAN, X-MEN ANNUAL, and CROSSING MIDNIGHT) on an epic adventure that begins on the mysterious island of Skellig Michael, where the sword was last seen.

Will Finnian find the mythical sword and lead the way to victory? Or will the Vikings continue to destroy innocent villagers?

Find out what happens in this epic first chapter!

The Tale of Patrick Peyton

The Tale of Patrick Peyton vividly brings to life the American Apostle of the Family Rosary, Venerable Patrick Peyton. Born to a humble family in Ireland, the energetic young boy would embark on an adventure beyond his wildest dreams. His journey would take him to the United States where he would find his true calling as a priest of the Congregation of Holy Cross and promoter of family prayer.

Father Peyton was ambitious in his mission and contacted popular Hollywood actors and actresses, such as Bing Crosby and Loretta Young, to help him convince families everywhere, “The family that prays together stays together.”

Using television, radio and film, Father Peyton was a modern-day missionary who went on to encourage devotion to the Blessed Mother and inspire families to pray together. His inspiring life story is now made accessible for the first time in a comic book format.

*Parental Advisory: Mild comic violence occurs in these comics, along with a few images of frightening creatures.

Finnian and the Seven Mountains #2

Finnian’s quest continues as he and Brendan use an ancient map to discover a mysterious island in hopes of finding a legendary sword with the extraordinary power to defeat evil and prevent the Vikings from further pillaging the land. Along the way they meet the mysterious stowaway, Merewyn, and discover there is more to their quest than they imagined.

At the same time, a fierce Viking king, Ragnar, threatens the monastic community on the Irish island of Skellig Michael as he begins his own violent quest for the same sword.

Who will reach the sword first? Will evil triumph or good prevail?

Finnian and the Seven Mountains #3

Evil is everywhere as Finnian continues his quest to find the remaining pieces of an ancient sword that could turn the tide in the battle against darkness. Opposition to his journey intensifies as his path converges with a powerful Viking king who is equally interested in the sword for his own vile purposes.

Mysterious creatures also threaten the lives of Finnian and his crew as they discover the power that lay hidden within the sword they possess.

What will happen next?

Will Finnian escape the clutches of the Viking king? Or will the sword fall into evil hands?

The Mission of Joan of Arc #1

At age 18, Joan led the French armies into battle. She was a peasant girl who couldn’t even read, let alone fight a war. To save France from the English, she was going to need divine intervention.

The heavens answered her.

Joan received aid from St. Michael the Archangel, supreme commander of the heavenly armies. With his help, Joan led the French to victory on the battlefield, paving the way to the end of the Hundred Years’ War.

This first issue follows Joan as she first encounters the Archangel and leads the armies of France to reclaim the city of Orleans.

The Mission of Joan of Arc #2

After a triumphant victory at Orleans, Joan, following the guidance of St. Michael the Archangel, leads Charles VII to Rheims where he is crowned King of France.

However, danger lurks around the corner and Joan is quickly captured and sold to England!

What happens next will change the course of history!

This issue brings Joan’s adventures to a conclusion, continuing the story from the first issue.

Not all who wander are lost…

The ancient city of Nineveh is under the spell of a malevolent demon who thirsts for souls. In an effort to break free the people of Nineveh from the evil darkness that enslaves them, God sends the prophet Jonah to deliver a message of warning.

However, Jonah turns timid and flees in the opposite direction, away from his divine quest.

A violent storm at sea puts Jonah at the mercy of a mammoth creature that takes him down into the watery depths. Down in the coldest, quietest waters, in the forgotten elder city of Atlantis, Jonah learns how black the shadow is that falls over Nineveh, and is given a legendary weapon in hopes that he can save the city before it is too late.

Why is blue so rare in nature? Why didn’t ancient people “see” blue? And why does Japan’s blue look green to everyone else?