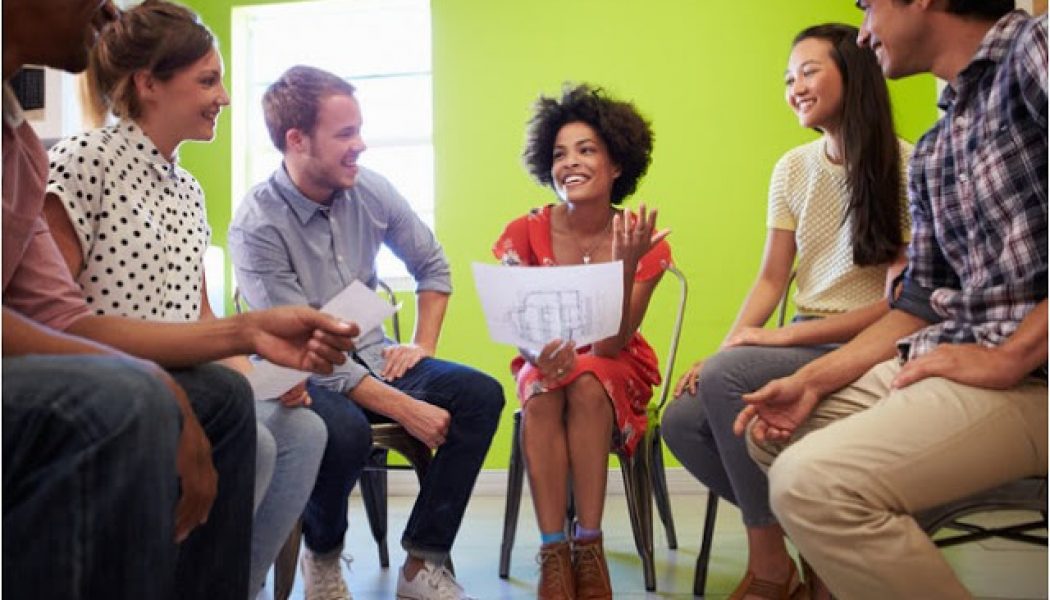 Most churches cannot launch groups fast enough to keep up with the demand for discipleship. As the worship services grow larger, the small groups’ ministry gets further and further behind. Well, that’s not entirely true.

Churches CAN launch groups fast enough to keep up with the demand for discipleship if they change up how they are launching groups. Here are 7 things I’ve discovered over the last 15 years in working with over 1,500 churches across North America. These aren’t just 7 ideas or 7 philosophies. These are 7 proven strategies to launch groups.

People have watched small group methods and models come and go over the years. The innovators and early adopters are right there with you every time you propose a new idea. This is your low hanging fruit that amounts to about 30% of your congregation. This is also why most churches get stuck at 30% in groups.

The rest of the folks are waiting to see how long you stick with the latest and greatest idea. Once they see that you are willing to go the distance (and that nobody died from the new strategy), they’ll jump in. But, they need to know you’re serious by offering short-term opportunities to start groups over and over again. You will get sick of asking before some of these folks are even interested in trying.

People aren’t dumb. They’ve been around. They know the Bible. I’ve surveyed some of the largest, most seeker-focused churches in the U.S. to discover they still had 95% transfer growth. Most of your congregation is not new, but they are busy.

Busy people don’t have time to prepare, so make it easier for them to get a group started. By creating and purchasing an easy-to-use video-based curriculum, people can gather their friends and do something intentional about their spiritual growth. This is not where you’ll leave them, but it’s a great place to start them.

#3 Offer an Experienced Leader to Help.

Before you panicked because I’m about to say “coaching,” think about something for a second. If you were to double the number of groups in your church in the next 30 days, how would you help the new leaders? When our church doubled our groups in one day, I panicked! Then, I matched up the new leaders with experienced leaders. This does two things for you.

First, all of the new leaders won’t be calling you, because you’ve given them someone to call. Second, you don’t have to worry about what’s going on in all of these new groups, because an experienced leader, who you know and trust, is getting to know the new leaders. Coaching helps everybody.

#4 Give Permission and Opportunity.

The reason people are not in your groups is not because the hate the Bible and hate other people. They want to become more Christlike. What doesn’t work for them is what you are currently offering. How do I know? Well, unless all of your people are currently in groups, then what you’re offering is not working for everybody. A word of caution — don’t throw out what you’re currently doing — it’s working for someone. Keep it.

Now, here’s the part that blew my mind — I didn’t need to solve everybody’s problems or create a multiplicity of groups to meet every need. I gave our people permission and the opportunity to figure out how to do a group that would work for them. They figured it out. If this sounds too loosy goosy for you, remember you determine the curriculum and the coach. Those are pretty good safeguards.

#5 Allow People to Gather Their Own Groups.

Most people have friends. If they have friends, they can start a group. If the topic is appealing to the average person, your people might also invite their neighbors, co-workers, and others. Some churches I’ve worked with ended up with twice as many people in groups as attended the weekend services.

Personal invitation is far superior to any sign-up card or website. Active methods of connecting people into groups work far better than passive methods. And, if people don’t need to be placed in groups, your administrative task just went way down. Get as many people to invite as many people as they can, then provide a way for new people to get into groups.

#6 Ask the Senior Pastor to Invite Them.

Next year marks my 30th year of full-time ministry. For most of those years, I was the Associate Pastor, Discipleship Pastor, or Vice President. What I learned in the second chair was that if my senior pastor said the exact words I would use, we would easily triple the result. Or, put another way, if I made the invitation, I would only do about 30% as well.

Encourage your pastor to be the spokesperson for groups. Give them reasons to champion groups from The Senior Pastors Guide to Groups. Give them stories from small groups for sermons. Script out the invitation for group leaders. Then, sit back and watch the people show up.

When you put a leader’s name on a groups directory or website, the church is giving an implied endorsement of the group. If you don’t know the leader very well, then this presents a problem. You can do one of two things: You could get to know all of the new leaders ASAP, or you don’t advertise these groups.

Chances are as I have given you 7 proven strategies that have worked over and over again, you’ve come up with seven or more excuses for why this won’t work in your church. I was just like that once upon a time. But, then I took some wise words to the heart from Brett Eastman, “Let the exceptions be the exceptions.” It’s tempting to create an entire system to account for all of the possible exceptions. But, systems like that tend to get in the way of launching groups and making disciples.

About the Author
Allen White consults and speaks in the areas of small group strategy, staffing structure, volunteer mobilization, and spiritual formation. Allen is the author of Exponential Groups: Unleashing Your Church’s Potential. He blogs at http://allenwhite.org.