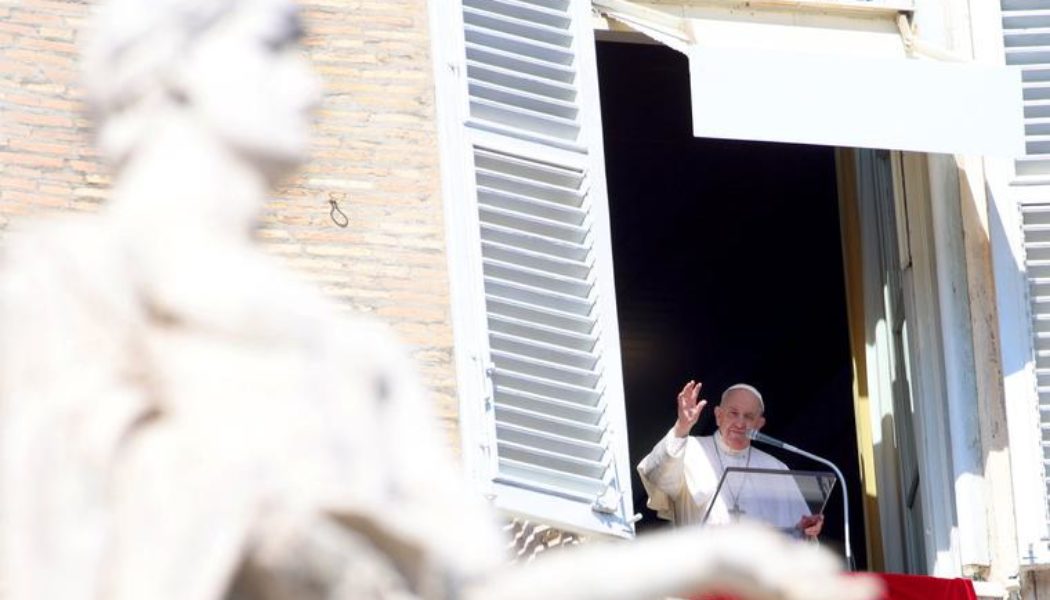 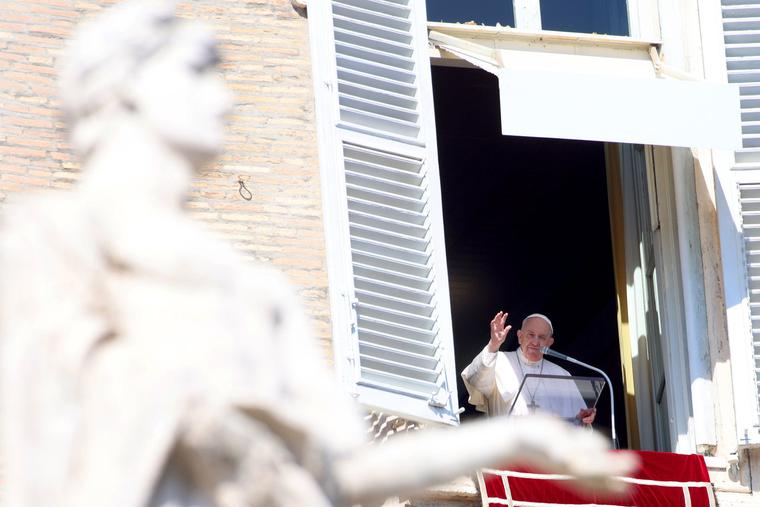 Pope Francis ended his ninth year as pope with a most pleasant occasion, the celebration with his fellow Jesuits of the quatercentenary of the canonizations of Ignatius Loyola and Francis Xavier. And his 10th year got off to a momentous start with the publication of Praedicate Evangelium (Preach the Gospel), his flagship governance document, and the consecration to the Immaculate Heart of Mary Friday.

The Holy Father may savor those moments, for the year ahead, his 10th as pope, will feature troubled waters that he will have to navigate. On his ninth anniversary, here are nine files to watch in the year ahead.

A Papacy of One

All the files will land on the Pope’s desk personally, as the past year has made clear that as a matter of governance style, Pope Francis both speaks about collegiality and acts on his own authority. His chosen method of governance has been the motu proprio (a document published on “his own initiative”) and “chirography,” where the pope acts by himself and not through a curial department. He has issued 47 motu proprio in nine years; Pope St. John Paul II issued just 30 motu proprio in 26 years.

In the big Vatican finance trial, Pope Francis issue four rescripts (changes in law on his own authority) to permit the prosecution to go ahead. The defendants have claimed this violates due process, as the Pope changed the rules to their disadvantage.

Even the March 19 release of Praedicate Evangelium had the hallmarks of a papacy of one. It was done without any advance notice, without routine translations being provided and without even a careful proofreading by the relevant departments.

While Praedicate Evangelium calls for a “synodal face” for the Roman Curia, some observers have noted that more now depends directly on the Holy Father himself.

“That the heads of the congregations were cardinals and leaders of the pontifical councils at least archbishops reflected the idea that all departmental leaders should have a form of episcopal collegiality with the pope,” wrote Andrea Gagliarducci. “All this changes with the new constitution, with the result that the figure of the pope becomes even more central.”

Recently Pope Francis sacked a Puerto Rican archbishop without any public reason, allegations or canonical process, for the apparent offence of being out of step with his brother bishops.

Pope Francis has also taken into his hands, to decide by himself, on a new constitution and statutes for the 900-year-old sovereign Order of Malta. Before Francis, no one would have thought that the sovereignty of the Order of Malta, recognized in international law, could effectively be subject to the Holy Father’s personal authority.

The so-called “trial of the century” of senior Vatican officials, including Cardinal Angelo Becciu, has finally begun in the Vatican after months of procedural wrangling. What comes out at the trial, and whether the trial itself is seen to be fair to the defendants, will be either the capstone of the financial reform efforts of Pope Francis, or a major setback.

Aside from the matters at trial, Cardinal Becciu was Cardinal George Pell’s most formidable opponent during the early years of the financial reform. His prosecution has already become something of an ex post vindication of Cardinal Pell’s efforts. The trial may bring to light how much papal backing, if any, Cardinal Becciu had for his efforts to frustrate Cardinal Pell.

Pope Francis gave enormous attention to relations with Russian Orthodoxy and Patriarch Kirill of Moscow. Knowing that Patriarch Kirill operates at the behest of President Vladimir Putin, the Holy Father received Putin three times at the Vatican and stayed mute on Putin’s invasion, occupation and annexation of Crimea in 2014. The reward was a historic meeting, the first between a pope and the Russian patriarch, in Cuba.

But Pope Francis’ Russia policy has come under withering attack from his own partisans. Robert Mickens has called the policy one of “appeasement” and Massimo Faggioli has written that “in the hours before the invasion, Francis’s personal appeals for peace were timid and reluctant (contrast them to those he made at the September 2013 prayer vigil in St. Peter’s Square, while the United States was threatening action in Syria).”

Now Kirill is an international pariah for his support of Putin’s war against Ukraine, denounced by his fellow Orthodox patriarchs for his compromising collaboration with Putin’s regime.

Just last December, Pope Francis himself spoke hopefully about another meeting with Kirill in 2022. Now Pope Francis will have to find a clear way to distance himself from Kirill, making clear that he is a deeply compromised figure with whom ecumenical relations are not possible. To do otherwise would be massive betrayal of Ukrainian Catholics, as well as other Orthodox leaders.

The new bishop of Hong Kong, Bishop Stephen Chow, made the long trek to meet with Pope Francis on March 17. It must have been important, as the trip will require Bishop Chow a 14-day quarantine upon his return.

China’s crackdown on religious liberty is now undeniable as it tightens its grip on Hong Kong, with prominent Catholic leaders now political prisoners. What the Holy See plans to do remains to be seen.

The secret China-Vatican accord has fewer and fewer defenders, and the Pope’s chief diplomat, Archbishop Paul Gallagher, said last year that the Vatican didn’t believe that speaking in defense of China’s Catholics would make any difference.

While attention is now focused on Ukraine and Russia, it is entirely possible that an international crisis with China could occur this year. Pope Francis will have to prepare for that eventuality.

Tyrants in Moscow and Beijing are not the only problem for the Holy See. Pope Francis has chosen a rather benign approach to Latin American communists, giving special favor to Bolivia’s Evo Morales — from whom he infamously accepted the hammer-and-sickle crucifix — and treading so lightly in regard to Nicolas Maduro’s regime that the Venezuelan tyrant chastised Venezuela’s own bishops for not following the Vatican’s more accommodating line.

Being soft on Latin-American leftists has not yielded reciprocal goodwill. Nicaragua’s Daniel Ortega recently expelled the papal nuncio from Managua, and further inflamed his rhetoric against the Catholic Church. Tyrants understand power, and the depredations of Maduro and Ortega demonstrate that they regard Francis as weak in his own backyard.

Faggioli has styled the multi-year “Synod on Synodality” as the most important ecclesial event since Vatican II. But now even he thinks it will be a flop, asking, “if synodality can’t get young people interested in the Church, then what can?” It may be, Faggioli, concedes that the whole exercise in global meetings “may be coming at a bad time.”

As the synodal process grinds on, Francis will have to see whether it is possible to generate any actual interest, or whether it will be hijacked by special interests.

A flop for the Synod on Synodality, as feared by Faggioli, would be embarrassing, but the real worry is the German “Synodal Path.” The Polish episcopate and the Nordic episcopate have both taken the highly unusual step of warning their neighboring German brothers that they are, not to put too fine a point on it, betraying the faith they are obliged to uphold.

The German Synodal path is a real and present danger. It may well spark a conflagration that could consume the pontificate in the next 12 months. The German bishops have obstinately refused the entreaties, even directives, of Pope Francis to cease and desist. If they continue to defy the Holy Father without consequence, Pope Francis himself will find himself confronted by the possibility of schism and a papacy remembered for that catastrophe.

Now that the curial reform is published, putting it into effect will be the challenge. It won’t be easy. The new reform calls for the amalgamation of various departments. It hasn’t gone well thus far. In 2016, the merged Dicastery for the Promotion of Integral Human Development was created. Last summer the administrative management of the new entity was subject to a special investigation, and its prefect, Cardinal Peter Turkson, was sacked in December. Will it go better elsewhere?

The case of Bishop Gustavo Zanchetta, a protégé of Pope Francis, is much worse than that of Bishop Juan Barros in Chile. The Holy Father’s calamitous handling of that case set off a chain of events which led to the entire Chilean episcopate offering their resignations. The Church in Chile will take at least a generation to recover, if at all.

Recently convicted of sexual misconduct with seminarians, Bishop Zanchetta’s case was handled by Pope Francis personally in a manner that would certainly lead to an investigation if he were any other bishop. But the Pope cannot be investigated. As in Chile, only the court of public opinion can make an issue of it.

The Vatican knows this, and so a vigorous silence has been enforced on the entire matter. For example, Jesuit Father Hans Zollner of the Pontifical Commission for the Protection on Minors, who was eager to criticize Benedict XVI at length for his time in Munich 42 years ago, has not said a peep about Pope Francis and Bishop Zanchetta today.

Bishop Zanchetta has been a time bomb for years. Will this be the year it goes off?

With stormy waters ahead, Pope Francis will need to be buoyed up by the anniversary days just past.