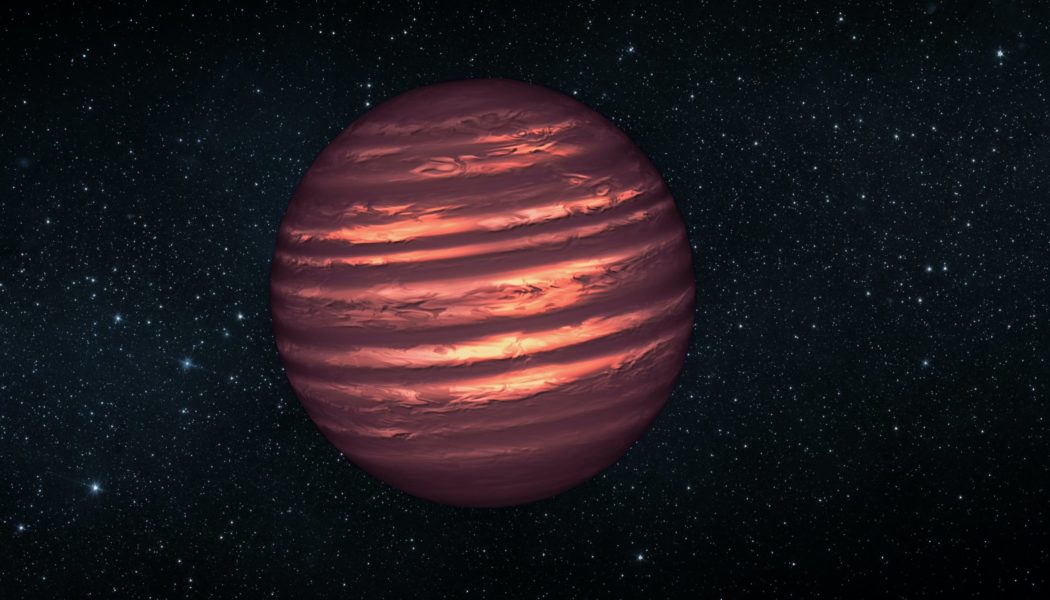 There’s a newly observed object in the sky called WISEA J153429.75-104303.3 — more affectionately known as “The Accident.” The Accident is a brown dwarf, a ball of gas that never quite grew large enough to start nuclear fusion and become a star — but it’s cold, strange, and unlike any other brown dwarf we’ve seen. This weird brown dwarf is the first of its kind that we’ve detected, and it’s changing the way astronomers search for the smallest stars in our galaxy.

The Accident’s discovery was, well, a happy accident. Its discoverer, citizen scientist Dan Caselden, a participant in Backyard Worlds: Planet 9, was looking for another moving object when he spotted something unusual. Follow up observations with Keck Observatory and the Hubble Space Telescope revealed some strange properties: it’s a different color than other brown dwarfs we know, and it’s one of the coldest ones we’ve seen. What could be making this brown dwarf so different?

Brown dwarfs are ubiquitous, with nearly 100 billion of these failed stars lurking in our galaxy. They’re hard for astronomers to detect, though, since they’re faint and far away; we’ve only spotted around 2,000 of them so far. The hotter the brown dwarf, the brighter and easier to spot it is, so astronomers have had a particularly hard time finding Y dwarfs, the coldest brown dwarfs that are less than 350 degrees Fahrenheit (about the temperature of your oven while baking brownies). For comparison, a star like our Sun burns at around 10,000 degrees Fahrenheit — much much hotter and brighter.

Although they’re difficult to spot, brown dwarfs are a key part of the puzzle of star and planet formation. A cold brown dwarf like The Accident helps scientists suss out the link between planets and stars — where does one draw the line between a gas giant planet and a small star? Right now, the line between planets and brown dwarfs is set at 13 times the mass of Jupiter, but scientists hope to learn more about brown dwarfs’ atmospheres, compositions, and more to really understand the differences and similarities between these types of objects. Even without its other puzzling properties, The Accident is notable for being one of the coldest, smallest brown dwarfs found so far, one of only ~50 currently known Y dwarfs.

The most intriguing property of The Accident, though, is its color. Despite being so cold, it appears more blue than other brown dwarfs. (Usually, in the universe, cooler things are redder — think of the outside of a flame burning red, versus the yellow or blue hotter center.)

Astronomers think this is a sign of its age. An old brown dwarf like The Accident also would have formed long ago when the galaxy’s chemical makeup was different. In the early days of the Milky Way, heavier elements hadn’t yet formed from supernovae and other processes, so the galaxy would have been mostly composed of hydrogen and helium. Future observations of this ancient relic could then provide a window into the chemistry of our Milky Way’s past.

Most importantly, though, finding The Accident showed astronomers that they’ve been looking for old brown dwarfs in all the wrong places. While most searches look for stationary objects, this discovery made astronomers realize that old brown dwarfs are likely moving quite quickly — they’ve been around the galaxy for so long that they would have been accelerated by other stars they encounter, bouncing around like a game of hot potato. New searches can now look for moving objects, hopefully finding more objects like The Accident to figure out more of the story of brown dwarfs in our galaxy.