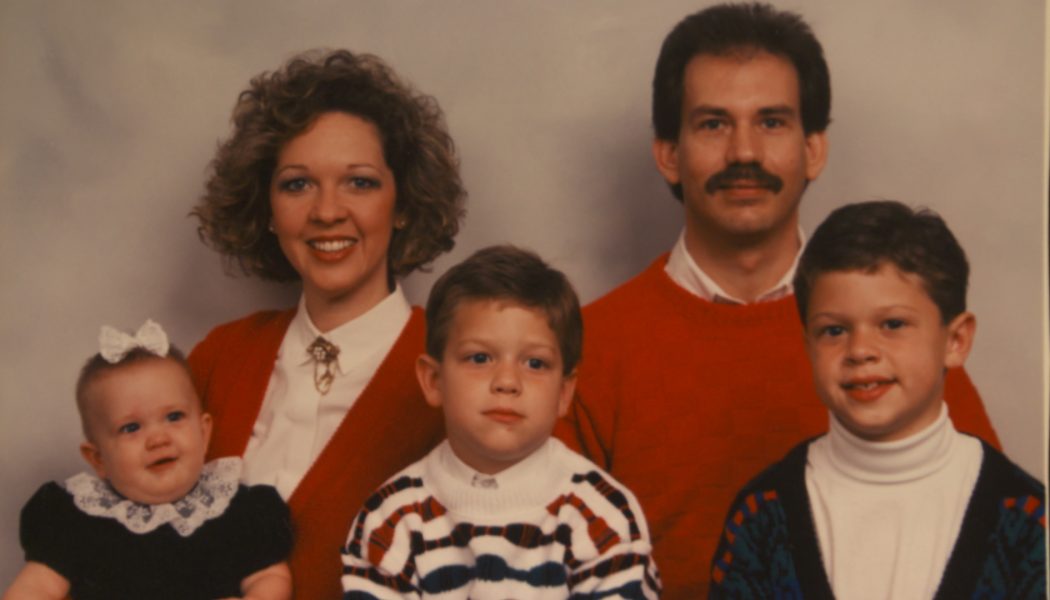 Finding Hope One Day at a Time After both going through divorces, Steve and I, former high school classmates, reconnected. We’ve been married for twenty-seven years now. I had two sons, Brandon and Sean (now thirty-four and thirty-one), from my previous marriage. The boys always called Steve Dad, and he never felt any differently. Two years after we were married, our daughter Shannon was born (now twenty-five). We attended church regularly, participated in the kids’ sports, had family and friend get-togethers. Life was good.

But fifteen years ago, our world began to crumble right before our eyes. We never could have imagined what was coming.

Sean had always been the center of attention, outgoing and well-liked. He was a hard worker with many ambitions and dreams. Sean’s first job, at fifteen, was at a little grocery store bagging groceries. Within a week they had him behind the counter performing assistant manager duties. We had no doubt that Sean could accomplish anything he set his mind to. But in high school, Sean began skipping class and hanging out with the wrong crowd. A teacher called: “Just think what he could accomplish if he actually showed up at school.” Steve and I struggled as we watched him fall into substance abuse. In the years since, Sean has been in and out of jail many times.

Our son Brandon has always been gifted in art and music. He taught himself the guitar and many other instruments without taking lessons. He also loved sports. He was the quiet one, never showing much emotion, until he met a special girl. We saw so many positive changes in who Brandon was becoming—until one horrible night. A friend called. Brandon’s girlfriend had died in a car accident. She had been drinking and hit a tree. As we told Brandon, it was as if we were talking about weather. He bottled it up inside and never grieved. We watched as Brandon slowly slipped into a deep depression and extensive substance abuse. He became a shell of his former self. Later he was diagnosed with multiple sclerosis, and things spiraled further.

No matter how we tried, we couldn’t pull either Sean or Brandon out of the dark places they chose to inhabit. Steve and I were so ashamed. We couldn’t figure out where we had gone wrong. I found myself in the back corner of bookstores, scouring self-help books. We continued to attend church but couldn’t wait to escape out of fear that someone would ask how we were doing. We told friends, family, and coworkers that we were “just great”—when in reality we were falling apart.

Shannon began to witness these struggles when she was only ten. We tried to distract her with sports, school functions, and church retreats. She’s an accomplished artist with a flair for design. Outgoing, with lots of friends, she has always showed deep compassion for others. When she would sense my worry and hopelessness, she’d say, “Mom, you don’t need to worry about me doing drugs, smoking cigarettes, or drinking. I’ve seen firsthand what this can do.” But at fifteen, Shannon began to change. She was involved with a boy who was her constant focus, and somewhere along the way she lost herself. She started skipping school, lying, and losing interest in outside activities. We had no that idea drug use and mental and physical abuse had become part of her daily life.

Multiple stints in rehab and many broken promises followed as this horrific nightmare repeated itself over and over. After the third rehab, Shannon walked out with an older man and went missing. Outside of a few random calls from people we didn’t know, including a tattoo artist who was concerned for her safety, we had no contact with her.

We couldn’t hold it together any longer. We questioned ourselves and God at every turn.  Why didn’t we see this coming? Were we just not paying attention? Why would God let this happen to us again? One weekend, as we sat in the backyard trying to lose ourselves in nature, Steve and I began to argue and cry as we rehashed the things we had done wrong. I decided to step out of my comfort zone and e-mail Dr. Cindy Ryan, associate pastor of our church, First United Methodist Church Grapevine.

We’ve been members of the church for over twenty years but had never gotten involved. Our previous pastor, Ken Diehm, who we really could relate to, had died suddenly the year before. We’d met Cindy when we joined the church, and even though we hadn’t spoken since, I felt like maybe she could help. Previous rehab counselors had told us not to continue rescuing Shannon. We needed answers from a faith perspective. What was the right thing to do in God’s eyes?

Cindy made us feel comfortable right from the start. She listened and didn’t judge as we opened up for the first time. A huge weight seemed to lift off our shoulders as we shared. She helped us understand that God gives us free will and that Shannon was using it. “It looks like you have offered all the help and resources to her,” she said. After we prayed together, Steve and I left with a new feeling of relief that God was in control. Cindy suggested that we get a devotional book that had personally given her comfort—Jesus Calling by Sarah Young.

As we made Jesus Calling part of our daily routine, I began to see this little book helping us in ways I never expected. The devotions were exactly what we needed to hear each day. As we looked up the suggested Scriptures, we found ourselves reading more of the Bible, gaining a deeper understanding of God’s Word. “If Jesus Calling can give us peace and comfort, I’d like to share it with others,” I told Steve.

I emailed Cindy to tell her about the effect Jesus Calling was having on our lives and asked her if it would be okay to bring a basket of books for her office so she would have them on hand for others who might need it. For so long, we thought we were the only ones with big problems, but as we’ve opened up to more and more people, we have discovered we’re not alone. While at a routine checkup, my doctor asked what had been going on in our lives. I decided to open up. “You’ll never guess what we’ve been through.” When I explained that our daughter had been in three rehabs and was now missing, he told me about his daughter—who had been in eight rehabs. I couldn’t believe it. He knew exactly our pain! He went out of his way to offer help and resources.

As our faith grew, opening up to others became much easier. We felt the need to share what we’d been going through, as well as what has brought us so much peace and comfort. I kept a second copy of Jesus Calling at work just in case I wanted to read it again. One day I saw Steve praying with a young man out on the sales floor at our business. This was a new side of him I’d never seen. Next thing I knew, he was asking for my extra book. I now have to restock frequently, as someone in need often crosses our path.

One day at Starbucks, a certain young employee greeted us with a smile that was a delightful way to start our day. Several weeks later, we saw her sitting outside on a break crying. Steve immediately said we needed to give her Jesus Calling. “We don’t even know her!” I said. But he was determined. The next day we gave her a copy. Our customers, insurance agents, hairdressers, neighbors, old friends from school days, coworkers from my previous job, and many random people we have encountered, including a Bandido motorcycle club member, have received Jesus Calling from us.

As we slowly began finding healing for ourselves, we waited anxiously for news of Shannon. Every time the phone rang, my heart stopped. What might be the report on the other end? Finally she called. She was desperate, tired, and ready for help. As we traveled to another rehab, we prayed that this one would turn our world right side up. “What’s that?” Shannon asked, pointing to my copy of Jesus Calling in the car. I told her how much it had helped us. “I know that book,” she said. “Everybody at the rehabs I’ve been in has one.”

”It’s yours,” I said, handing it to her. As special as my original copy was, I wanted her to have it.

When Shannon entered rehab again, it was a constant two steps forward and three steps back. The difference this time is our faith. Letting go and letting God. Trusting that He has a plan for us. When Cindy came to us with the stories that had surfaced from the copies of Jesus Calling she’d handed out, it touched us in a way we’d never felt—something good was coming out of something so bad.

When your children are stuck in cycles of addiction, mental disorders, or abuse, you feel as if you don’t know them anymore. The sad thing is that they don’t know who they are either. Shannon has told us numerous times that she is still trying to find herself. She has continued to journal throughout her journey. We’ve gone through six rehabs now, and each time we retrieve her belongings, we always find her journals and Jesus Calling. I’ve read her journals, searching for my child in every page. Many entries read similarly: “I just want to be normal. I prayed to God that this was just a dream. Who am I, and why did this happen to me? I am so sorry for letting my family down. If my story could help just one person, I would be grateful.”

Our story is still unfolding. We take great comfort in Jesus’ promise: “I have told you these things, so that in me you may have peace. In this world you will have trouble. But take heart! I have overcome the world” (John 16:33). We continue to face many challenges. But we take it one day at a time, trusting that God is watching over each of us.