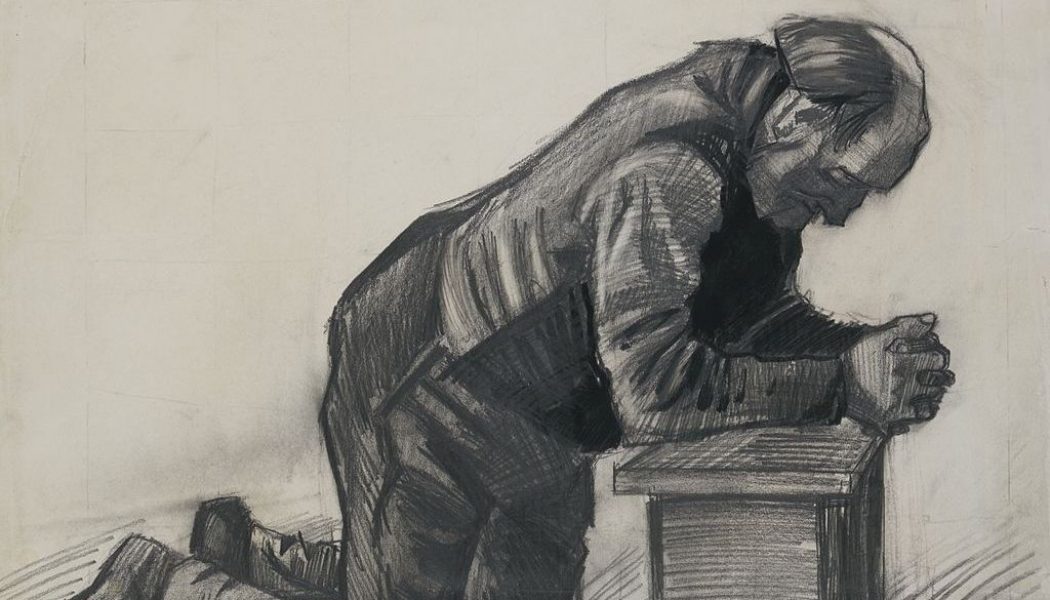 My grandfather was a man of hard-earned wisdom. In 1984, he wrote a letter to my cousin, who was preparing to receive the Sacrament of Confirmation. Ailing in health, assailed by repeated heart attacks and spreading cancer, “Grandpa John” provided for my adolescent cousin a reflection upon God’s role in his life. The letter explains how “in 1945, desperate with a drinking problem,” Grandpa John joined the nascent Alcoholics Anonymous; it was there that he came to believe “that God would help me.” He explained to my cousin that “each of our lives is likely to contain crises which can be resolved only by turning to God. He helps all those who turn to Him. . . . But many people are lost, never solving their crises.” In all of our crises, great and small, we always can turn to God for help through the act of prayer.

Each person’s life encounters a great crisis indeed at the moment of death. On account of his poor health, Grandpa John faced death many times. In his letter he examines the surprising difficulty of turning towards God in these moments: “I remember a priest-professor at [my alma mater] Notre Dame who told of being caught in a railroad box-car during the First World War. It caught fire and it was at least fifteen minutes before he was able to jump out. He was a chaplain at the time, but during those fifteen minutes, not once did it occur to him to make an Act of Contrition. Another friend, an editor of the Chicago Daily News and an outstanding Catholic, told me that during a heart attack he was so curious about the process of dying, that he forgot to pray. I, too, have had my moments, when I have remembered to pray only when deliberately entering a scheduled procedure such as an operation. The other times I have been too busy dealing with panic.”

One would think that in an extreme moment of crisis we would be most likely to call out to God. We hope to be like Peter, who, when drowning in the Sea of Galilee, called out “Lord, save me!” (Matt 14:30). Most of us, however, fall short of Peter’s act of faith. Grandpa John, his priest-professor, and the newspaper man were all serious, practicing Catholics, but they also humbly admitted that in moments of extreme crisis they found it difficult to turn to God in prayer.

How can we overcome this difficulty? Grandpa John understood that prayer is a habit. Prayer is a virtue, and virtues are habits. The virtue of prayer involves asking things of God, and thereby man “surrenders his mind to God” (ST II-II, q. 83, a. 3, ad 3). However, this does not happen automatically. The human mind has the power to focus on many, many things, and even with deliberate attentiveness we become easily distracted.

Fortunately, virtues, as habits, can be strengthened and acquired. What applies to the habit of bike riding, for example, likewise applies to the virtue of prayer. Through deliberate practice over time, we become capable of performing virtuous actions easily, promptly, and joyfully. The more we pray, the easier it becomes, especially since, among all baptized Christians, the Holy Spirit initiates prayer within us (cf. Rom 8:26-27).

As Grandpa John described, his prayer life centered around “Holy Mass at least once a week [which] gives one structure … to talk to God and listen to what he wants to tell me.” In addition to the Mass, there are many other ways to develop the virtuous habit of prayer. A daily Rosary, grace before meals, or the silent reading of Scripture all build within us the habit of prayer. Prayer at first is difficult, requiring perseverance and patience. However, when we respond repeatedly over time, we can acquire the virtue of prayerfulness, thus allowing us to turn our minds toward God habitually and joyfully, even in distracting moments of panic or crisis.

Just a year after writing the letter to my cousin, Grandpa John faced his final crisis, succumbing to cancer. Fortified by the Sacraments of the Church, and relying on the virtue of prayer, it is my hope that he left this world with his mind fixed on Christ.

A prayer for a happy death: “O God, great and omnipotent judge of the living and the dead, we are to appear before you after this short life to render an account of our works. Give us the grace to prepare for our last hour by a devout and holy life, and protect us against a sudden and unprovided death. Let us remember our frailty and mortality, that we may always live in the ways of your commandments. Teach us to “watch and pray” (Lk 21:36), that when your summons comes for our departure from this world, we may go forth to meet you, experience a merciful judgment, and rejoice in everlasting happiness. We ask this through Christ our Lord. Amen.”