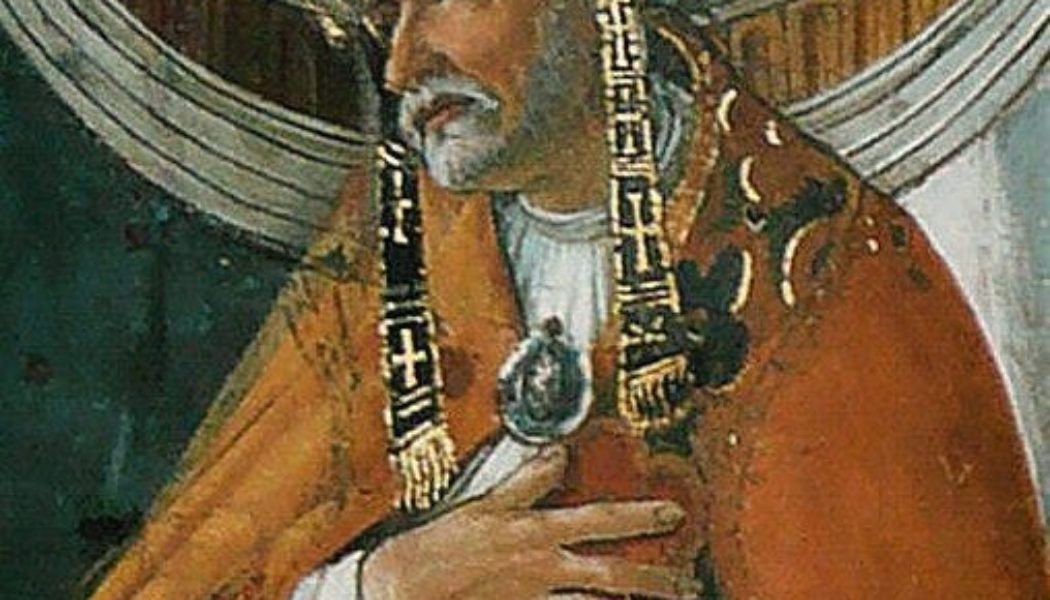 On this day in the year 257 AD, Pope St. Sixtus II was elected to lead the still-illegal Christian Church, but his timing was anything but impeccable.

While the Church had indeed grown in its two centuries of existence, it was still time and again the target of persecution by Roman emperors for a wide variety of reasons, and our dear pontiff’s elevation to the Bishopric of Rome coincided with one of the most notorious ones.

Valerian had been the emperor in Rome already for four years, but despite never setting foot again in the Eternal City, he sent a letter to the Senate that year instructing Christian clergy to sacrifice to Roman gods, and the following year ordered their execution.

At any rate, St. Sixtus II wouldn’t even last a year in office before receiving the crown of martyrdom.

Valerian’s cruel edict came down at the beginning of August 258, and Sixtus was one of its first victims, being apprehended in the Catacomb of Praetextatus by Roman soldiers and beheaded.

On his tomb, Pope St. Damasus I (366-384 AD) later commissioned the following inscription:

At the time when the sword pierced the bowels of the Mother, I, buried here, taught as Pastor the Word of God; when suddenly the soldiers rushed in and dragged me from the chair. The faithful offered their necks to the sword, but as soon as the Pastor saw the ones who wished to rob him of the palm (of martyrdom) he was the first to offer himself and his own head, not tolerating that the (pagan) frenzy should harm the others. Christ, who gives recompense, made manifest the Pastor’s merit, preserving unharmed the flock.

Also, one last fun fact about Sixtus II. In the Roman Canon during Catholic Mass, it’s this Sixtus it refers to when the priest reads out “Linus, Cletus, Clement, Sixtus…”

Fast forward nearly 13 centuries and we come to today’s second notable papal occurrence. Today also marks the day on which Pope Paul III famously excommunicated King Henry VIII and put all of England under interdict – aka “you’re not allowed to have church services again until I say so”.

The story is a familiar one – King Henry VIII wished to have a male heir, but grew impatient with his first wife, Catherine of Aragon, not bearing a male child that lived past infancy (the nerve…). He sought a divorce and declaration of nullity from Rome, as a result.

Paul III, for his part, was new to the conflict as Bishop of Rome – he was elected just the year prior, in 1534 – but as Dean of the College of Cardinals under his predecessor, Pope Clement VII, Paul likely was all too familiar with the conflict brewing in England.

At any rate, to keep a (very) long story (very) short, a rejection from Clement VII eight years earlier and Henry VIII’s growing arrogance and desperation set in motion a chain of events that culminated the execution of two notable English Catholics – John Fisher, the Bishop of Rochester, and Sir Thomas More, the Lord Chancellor of England – in June and July of 1535, respectively.

One can only imagine the outrage and deep grief felt by Pope Paul III upon hearing the news. After all, Paul had actually designated Fisher a cardinal while he awaited execution, hoping that the king wouldn’t dare execute such a high-ranking prelate.

And so, Paul III – who’s described by the Encyclopedia Brittanica as having been “able to act with swift, uncompromising dispatch” – noting that Henry VIII had already arranged himself to be declared as head of the English Church, gave him the pontifical boot without thinking twice, all but setting the stage for an official English separation from Rome.

Now, we aren’t one to end on a sour note, so here’s one last thing that happened Today in Papal History…

11 years ago today, Pope Benedict XVI spoke about “the way of beauty” to the people gathered outside of Castel Gandolfo, the papal summer residence:

Today I would like to reflect briefly on one of these channels that can lead to God and can also be of help in the encounter with him. It is the way of artistic expression, part of that “via pulchritudinis” — the “way of beauty”, of which I have spoken several times and whose deepest meaning must be recovered by men and women today.

It may have happened on some occasion that you paused before a sculpture, a picture, a few verses of a poem or a piece of music that you found deeply moving, that gave you a sense of joy, a clear perception, that is, that what you beheld was not only matter, a piece of marble or bronze, a painted canvas, a collection of letters or an accumulation of sounds, but something greater, something that “speaks”, that can touch the heart, communicate a message, uplift the mind.

A work of art is a product of the creative capacity of the human being who in questioning visible reality, seeks to discover its deep meaning and to communicate it through the language of forms, colour and sound. Art is able to manifest and make visible the human need to surpass the visible, it expresses the thirst and the quest for the infinite.

Indeed it resembles a door open on to the infinite, on to a beauty and a truth that go beyond the daily routine. And a work of art can open the eyes of the mind and of the heart, impelling us upward.