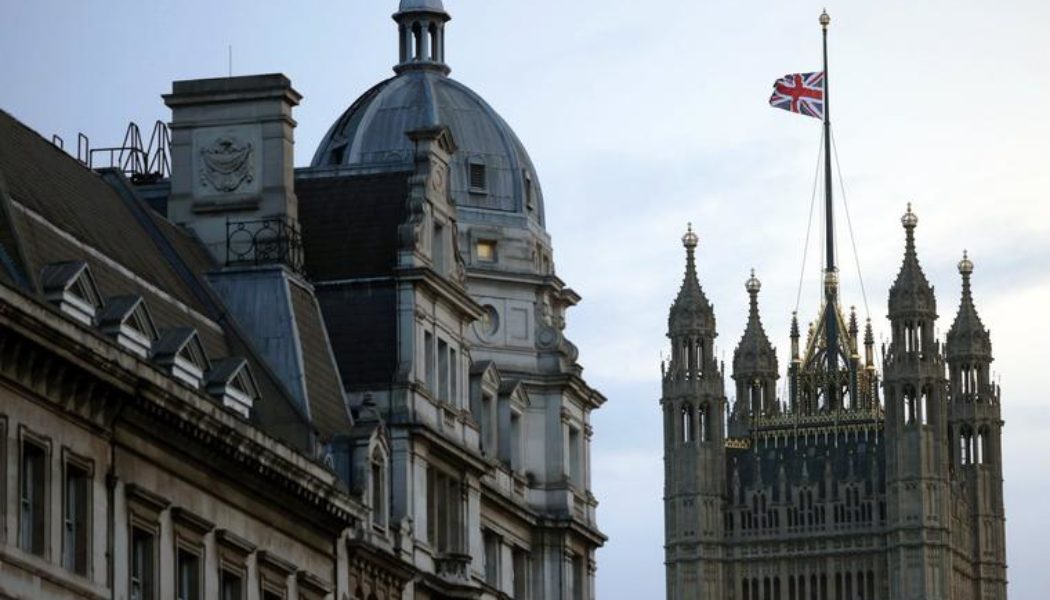 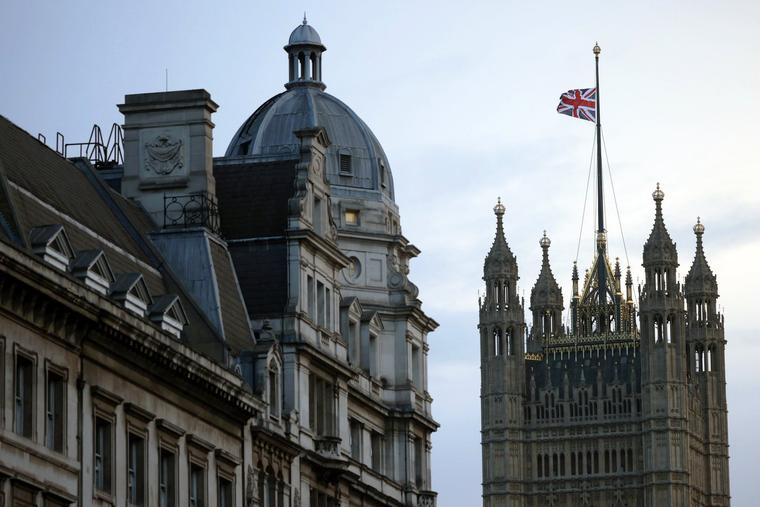 No one under 70 can remember a time when she wasn’t here. No one can really — actually, in practical terms — imagine a Britain without her. The Queen was part of our landscape, part of the structure in which we live and operate.

This has been a scorching summer: London parks brown and dusty, suburban lawns gray, fierce heat melting the road surfaces. And then, as September opened, the glorious rain came, and everything became green and fresh. This afternoon, Sept. 8, walking through the delicious freshness with water pelting down, I had a quiet, insistent sense of drama: The news hadn’t been confirmed, but somehow it was, in the very rain, the autumn feel of things — the Queen was passing; an era was ending.

And before we say anything else, let us say: God save the King, for the monarchy remains: We have a king now. And may God bless and strengthen him for all that lies ahead.

Queen Elizabeth II has been, of course, our link with history — although history is a complicated thing in the Britain of today, and not only are many young people deeply ignorant of Britain’s past, but many older ones feel awkward about teaching it. Roman Empire, Christianity, Anglo-Saxons — all somehow come into the category of “Oh, dear … how do we discuss all this?” And the problem is the “we.” Who are we? Are we allowed to be a “we”? There is massive, militant, sometimes rather vicious, pressure not to be a “we” but a collection of warring lobby groups centered on sexual activity, racial groupings — often very oddly defined, with people being grouped together who don’t particularly wish to be put into the categories they are given — or some new invention that has only just become “obligatory” the week before.

The monarchy brings us together. The Queen made us have an understanding of who we are: a nation, with a shared and rich heritage. As we pray for her soul, we should pray also for our country.

There is so much that we want to say about her. Hers was a life of duty, service and a deep and sincere Christian faith, blended with good humor, courtesy and extraordinary stamina.

How can we put this into words? How can we make this a time that is not just solemn, but somehow consecrated and carrying real depth and meaning?

A good woman has gone to God — but that happens every day.

A monarch has died — a Christian monarch. That is a solemn reminder of great and serious things. That is epoch-making. We are at the end of an era that began as World War II ended and took us into the 21st century: an era that shaped us and our ideas and language and everyday thinking.

Here, in our small home in the London suburbs, we stopped and prayed for the Queen, using the familiar words that come naturally at such moments:

And we talked about her and what her life meant to us. There is no point in trying to avoid clichés: We were in shock, and that’s the reality of it — not because the news was horrible or sad: A good woman has gone to God after a long life of noble service, and that is not horrible; it is solemn, heart-stopping, unforgettable, era-ending.

May God reward her.

It was poignant that the Queen’s death occurred on Sept. 8, when Catholics and Anglicans both mark the birthday of the Blessed Virgin Mary: a suitable day for a Christian woman to go to God.

And there was something extraordinary about this year: her Platinum Jubilee and the appointment of her 15th prime minister, in the unusual circumstances of the resignation of the 14th. And all this at a time when the nation’s sense of identity, of being at ease with itself and its historic role and values, is deeply confused.

As we commit her soul to God, we will also pray for Britain.

The Catholic Bishops of England and Wales have offered special prayers, including these:

For the happy repose of HM The Queen

Almighty God,
You are the author and sustainer of all human life;
grant that your servant, Elizabeth our Queen,
whom you granted a long and happy reign as Monarch of these lands
may be forgiven her sins and rewarded with that eternal life
promised to all those born again
in the water of baptism and power of your Spirit.

Through our Lord Jesus Christ, your Son,
Who lives and reigns with you in the unity of the Holy Spirit God, forever and ever,
Amen.

Eternal rest, grant to her O Lord,
And let Perpetual light shine upon her.

May she rest in peace.
Amen.

May her soul, and the souls of all the faithful departed,
Through the mercy of God, rest in peace.
Amen.

Prayer for the King

O God, to whom every human power is subject,
Grant to your servant His Majesty the King
wisdom in the exercise of his high office,
so that, always revering to you and striving to please you,
he may constantly secure and preserve
for the people entrusted to his care
the freedom that comes from unity and peace.

Through our Lord Jesus Christ, your Son,
Who lives and reigns with you in the unity of the Holy Spirit
God, forever and ever,
Amen.