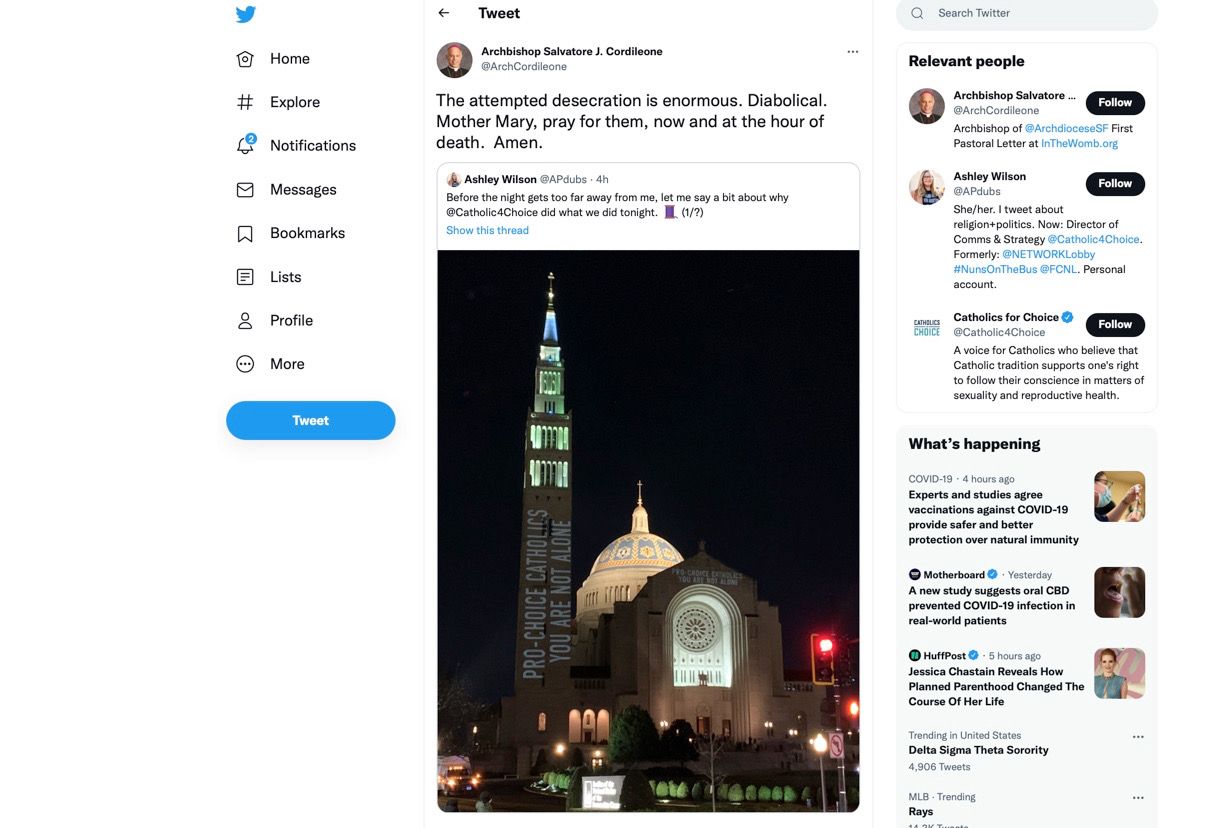 Ashley Wilson, director of communications and strategy for Catholics for Choice, tweeted an explanation of the group’s protest.

“I know that my faith teaches Catholics to honor personal conscience,” she wrote. “And yet, the Catholic hierarchy seeks to polarize pro-choice Catholics and villainize people who make the moral choice to have abortions.”

“I am tired of feeling shame and stigma for being a pro-choice Catholic,” Wilson added. “And I’m not here for people to judge my own personal relationship with God.”

At 6:42 p.m. EST Catholics for Choice tweeted “FACT: 68% of Catholics want #RoeVWade to remain the law of the land. The #MarchForLife & @usccb want folks to think they speak for Catholics, but nothing could be further from the truth.”

The images were first reported on Twitter at 6:31 p.m. EST by reporter Jack Jenkins of Religious News Service. Widely shared on social media, the images drew some support but also sharp denunciations.

“The attempted desecration is enormous. Diabolical,” Archbishop Salvatore J. Cordileone of San Francisco tweeted. “Mother Mary, pray for them, now and at the hour of death. Amen.”