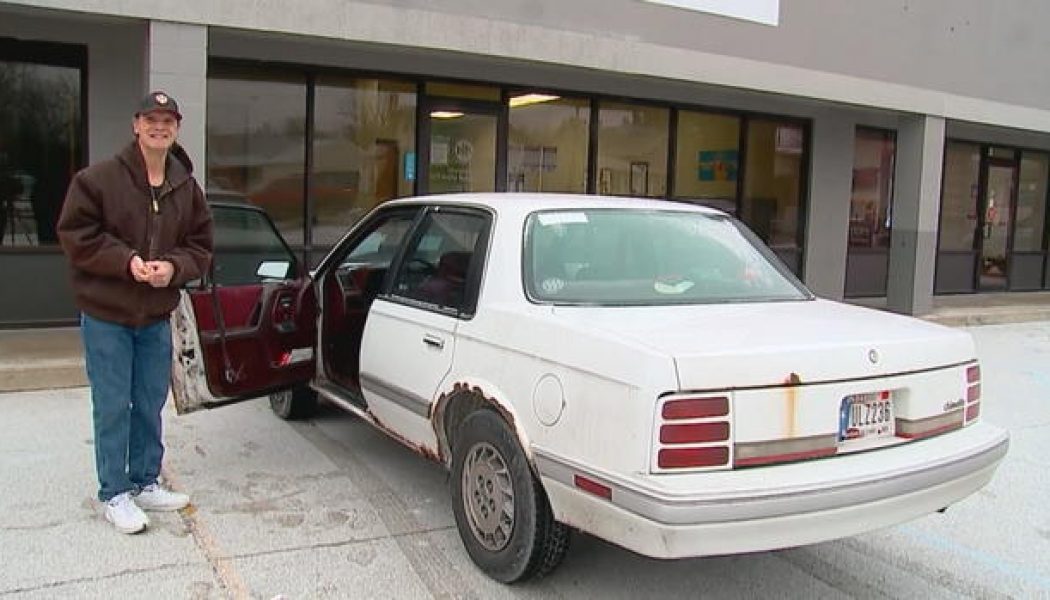 A pizza deliveryman in Tipton, Indiana, got a much bigger piece of the pie this month when a customer gave him a tip much greater than 15% of the bill: A new car.

“I couldn’t believe it, it’s almost like it’s surreal,” said Robert Peters, who has been delivering pizzas for 31 years.

Pizza Hut says he’s one of their longest-tenured delivery people — which, Peters admits, isn’t something most folks aspire to.

“There were people in my family that were like, ‘Maybe you should consider something a little more financially stable.’ But it’s my purpose in life — trying to make people happy. You know, when you’re delivering to somebody, you may be the only face they see all day,” he said.

It’s that attitude, combined with an almost obsessive devotion to customer service, that has earned Peters a real reputation in town.

Tanner Langley is a regular. He says Peters always makes sure his customers get exact change.

“He’ll drive 3 or 4 miles down the road in a blizzard just to bring you 15 cents in change,” Langley said.

Why does 15 cents matter?

“It’s the moral of it. He didn’t want you to feel like you had to tip him because he didn’t have the change,” Langley said.

After so many experiences like that, Langley felt compelled to give Peters a tip commensurate with his job performance. So he reached out to the community and asked them to pitch in to buy Peters a new car — his ’93 Oldsmobile was ancient.

In just two days, the good people of Tipton donated enough for a shiny, red Chevy Malibu, including insurance and gas money — $19,000 in total.

“That’s the type of impact he has on people,” Langley said of the community coming together.

This week we got a new president, but Peters proves the most important job in America — the only one that you know can make the world a better place — is yours.

To contact On the Road, or to send us a story idea, email us: OnTheRoad@cbsnews.com.