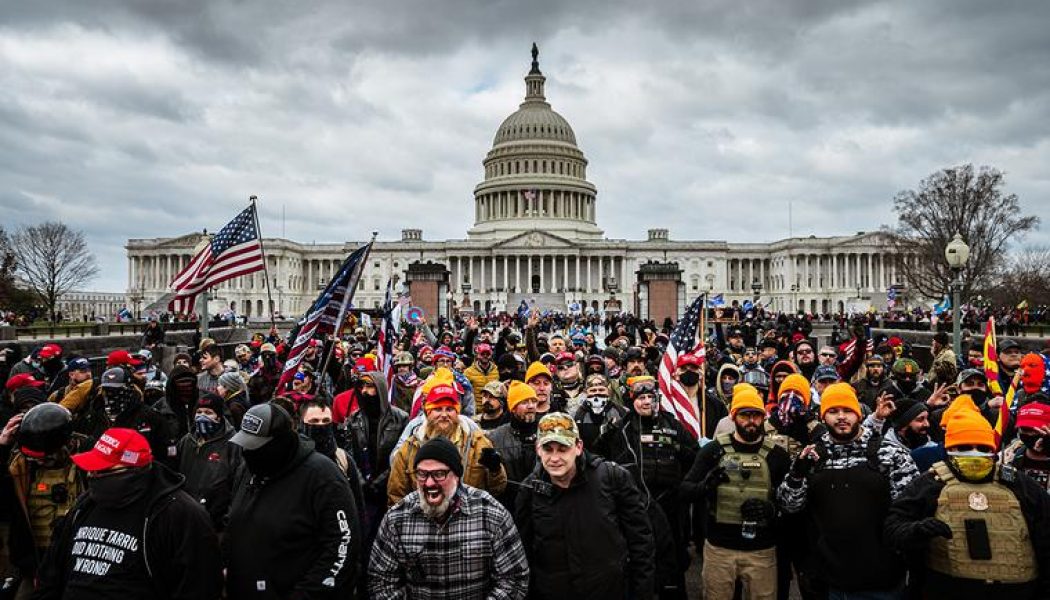 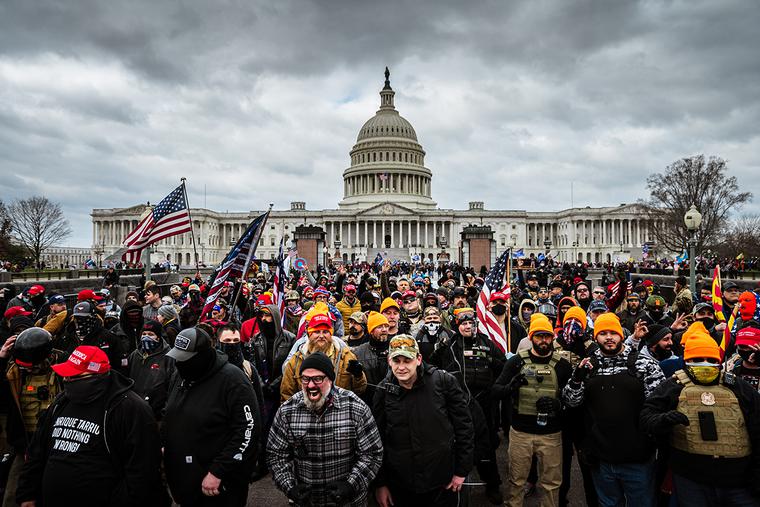 Catholic bishops strongly condemned pro-Donald Trump protesters’ incursion that penetrated the Capitol Building Wednesday as Congress debated the certification of the 2020 presidential election results, leading to the evacuation of lawmakers and the deadly shooting of one protester by law enforcement.

“I join people of good will in condemning the violence today at the United States Capitol,” Los Angeles Archbishop Jose Gomez, president of the U.S. Conference of Catholic Bishops, said Jan. 6. “This is not who we are as Americans. I am praying for members of Congress and Capitol staff and for the police and all those working to restore order and public safety.”

“The peaceful transition of power is one of the hallmarks of this great nation,” he added. “In this troubling moment, we must recommit ourselves to the values and principles of our democracy and come together as one nation under God.”

In his own statement, Archbishop Salvatore Cordileone of San Francisco added: “To attack the U.S. Capitol to express your fear that democracy has been denied is wrong, and also counterproductive. Doubts about free and fair elections cannot be redressed by violence against democratic institutions.”

“To the deaths from a pandemic, and destruction wreaked on people’s livelihoods, we do not need to add an attempted civil war. I called for an end to violence in the streets when it happened this summer. I call on every American of good will to denounce this violence against our nation’s Capitol now.”

“May the Prince of Peace put an end to this strife, and bring healing and constructive criticism in the place of mob rule. And may God bless America,” the archbishop said.

Gomez entrusted the country to the heart of the Blessed Virgin Mary, asking, “May she guide us in the ways of peace, and obtain for us wisdom and the grace of a true patriotism and love of country.”

It also broadcast a prayer from the National Shrine: “Let us pray for peace in our nation. Mary Immaculate, pray for us!”

“We fervently pray for peace and for God’s protection over our country, our lawmakers, and all those in harm’s way this terrible day. May peace-loving Americans of good will throughout the United States come together to engender peace, reconciliation and healing in our wounded and broken nation, which remains and must always be one, under God.”

Bishop Nicholas DiMarzio of Brooklyn called for prayer for the nation “on this unprecedented day of national chaos, so that we can return to the rule of law.”

“We are better than this. We as a people have always respected our differences. The peaceful transfer of power is the hallmark of our democracy,” he said.

<blockquote class=“twitter-tweet”><p lang=“en” dir=“ltr”>Please join me in praying for our Nation on this unprecedented day of national chaos, so that we can return to the rule of law. We are better than this. We as a people have always respected our differences. The peaceful transfer of power is the hallmark of our democracy.</p>&mdash; Bishop DiMarzio (@BpDiMarzio) <a href=“https://twitter.com/BpDiMarzio/status/1346953530301509636?ref_src=twsrc%5Etfw”>January 6, 2021</a></blockquote> <script async src=“https://platform.twitter.com/widgets.js” charset=“utf-8”></script>

The protests, which follow months of allegations of election fraud by Trump supporters, sought to interrupt the certification of President-Elect Joe Biden’s  electoral college victory by Congress.

At Wednesday’s congressional session more than 150 Republican lawmakers objected to the certification process questioning the legitimacy of election results in some states, but Vice President Mike Pence, who can vote to break ties in the U.S. Senate, refused to block certification of the election.

Trump himself has stoked claims that the election was stolen and has not conceded, even in the same statements in which he has told protesters to go home. Twitter has started to remove some of his posts, and Facebook has removed some of his videos.

In a Wednesday morning appearance at a rally outside the White House, Trump encouraged supporters to march to the capitol. Some protesters clashed with police, while others intimidated capitol guards into retreating without significant contact.

Some wore “Make America Great” hats or other regalia associated with Trump’s campaign. Many carried U.S. flags or Donald Trump flags and some carried Confederate flags.
Some protesters attacked news media, while dozens of others pressed forward into the Capitol Building in defiance of capitol police, breaking windows and forcing open doors.

Lawmakers took shelter, sometimes in their offices, and put on gas masks after security used gas masks in their defense, the Associated Press said. Protesters occupied the office of Speaker Nancy Pelosi and the chambers of Congress.

Critics of the president, including some Republicans, blamed him for inciting the protesters.

Pence called out the national guard to support law enforcement in the capital. After the capitol building was secured, Pelosi recalled lawmakers to certify the election results.

Another bishop who spoke out against the protests was Bishop Frank Caggiano of Bridgeport.
“There are few words that can describe the shock I feel to see our Capitol Building occupied by violent rioters. As Americans, we should be deeply disturbed to see an important symbol of freedom and liberty in our nation violated in such a way. Our nation is better than that,” he said on Twitter.

<blockquote class=“twitter-tweet”><p lang=“en” dir=“ltr”>There are few words that can describe the shock I feel to see our Capitol Building occupied by violent rioters. As Americans, we should be deeply disturbed to see an important symbol of freedom and liberty in our nation violated in such a way. Our nation is better than that. 1/4</p>&mdash; Bishop Frank Caggiano (@BishopCaggiano) <a href=“https://twitter.com/BishopCaggiano/status/1346971699955175424?ref_src=twsrc%5Etfw”>January 7, 2021</a></blockquote> <script async src=“https://platform.twitter.com/widgets.js” charset=“utf-8”></script>

“The peaceful transfer of power is one of the most important and revered aspects of our democracy,” he continued. “We must recommit ourselves to the values we hold dear as Americans: democracy, freedom, and peace.”

“As people of faith, we condemn violence in all its forms as a moral betrayal of the Gospel,” he said. “We also know that our nation needs prayer, now more than ever, so that we may always remain one nation, under God.”

The bishop asked people to join in prayer for the U.S. “during this unprecedented and frightening time in our history.”

“Let us pray for peace in our communities, in our capital, in our Country, but most of all, in our own hearts,” he said.

Bishop Joseph Strickland of Tyler invoked the feast of the Epiphany, saying, “We pray for peace and for Christ to shine in this traditional feast of the Epiphany. It is a sad day for our nation but God is with us,” he said. “We have to turn to God and really remember that we claim to be a nation under God”

The incident at the Capitol follows significant disruptions and unrest across the U.S. last year.

The death of George Floyd, a Black man, while he was being detained by Minneapolis police helped spark nationwide protests for weeks. Protesters often peacefully advocated against police brutality and for racial justice under the motto “Black Lives Matter.” Some of these protests turned violent, causing billions of dollars in damage and several deaths.