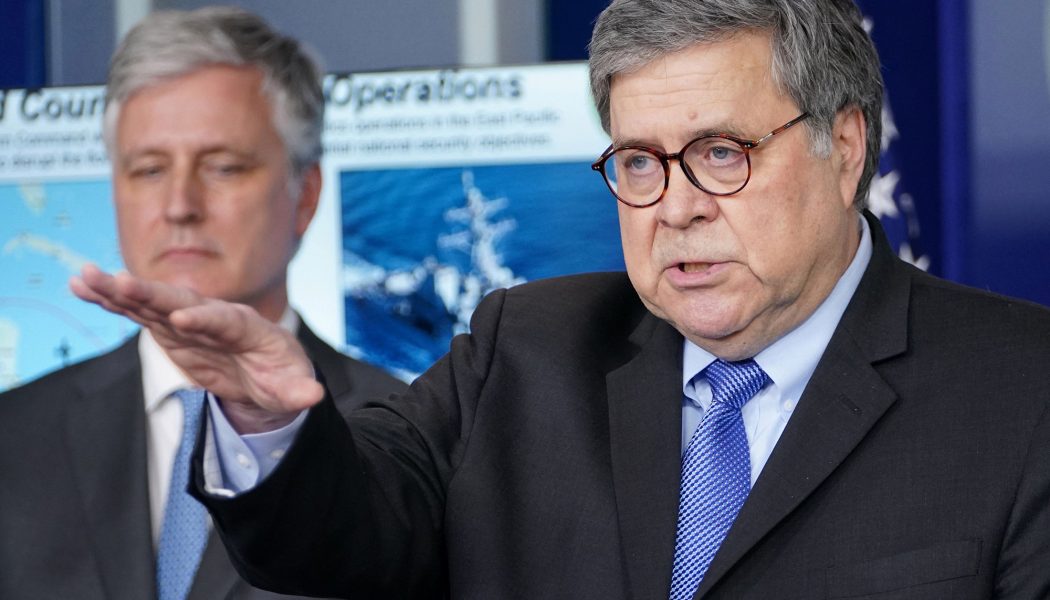 Attorney General William Barr issued a memo to federal prosecutors to be “on the lookout” for state and local directives imposed during the coronavirus pandemic that violate Americans’ constitutional rights.

“If a state or local ordinance crosses the line from an appropriate exercise of authority to stop the spread of COVID-19 into an overbearing infringement of constitutional and statutory protections, the Department of Justice may have an obligation to address that overreach in federal court,” Barr wrote in the two-page memo released Monday.

“The legal restrictions on state and local authority are not limited to discrimination against religious institutions and religious believers. For example, the Constitution also forbids, in certain circumstances, discrimination against disfavored speech and undue interference with the national economy,” the attorney general said in the memo, which was released as many governors begin easing lockdown guidelines and begin to reopen their economies.

In the directive, Barr said he named Assistant Attorney General for Civil Rights Eric Dreiband and the US attorney for the Eastern District of Michigan, Matthew Schneider, to coordinate Justice Department efforts to monitor those local and state policies and, “if necessary, take action to correct them.”

“Many policies that would be unthinkable in regular times have become commonplace in recent weeks, and we do not want to unduly interfere with the important efforts of state and local officials to protect the public. But the Constitution is not suspended in times of crisis,” Barr said in the memo. “We must therefore be vigilant to ensure its protections are preserved, at the same time that the public is protected.”

“He doesn’t want people to be held up when there’s no reason for doing it. In some cases, perhaps it’s too strict.  He wants to make sure people have their rights and they maintain their rights, very importantly,” the president said in the Rose Garden.

Questioned about the federal government taking legal action against state officials, Trump said it would depend on the state.