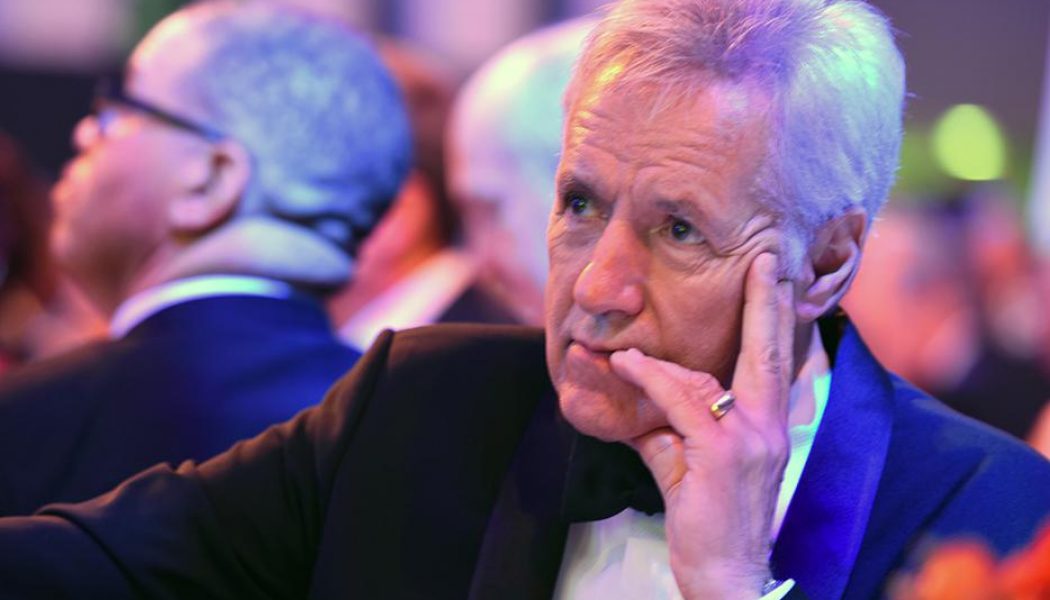 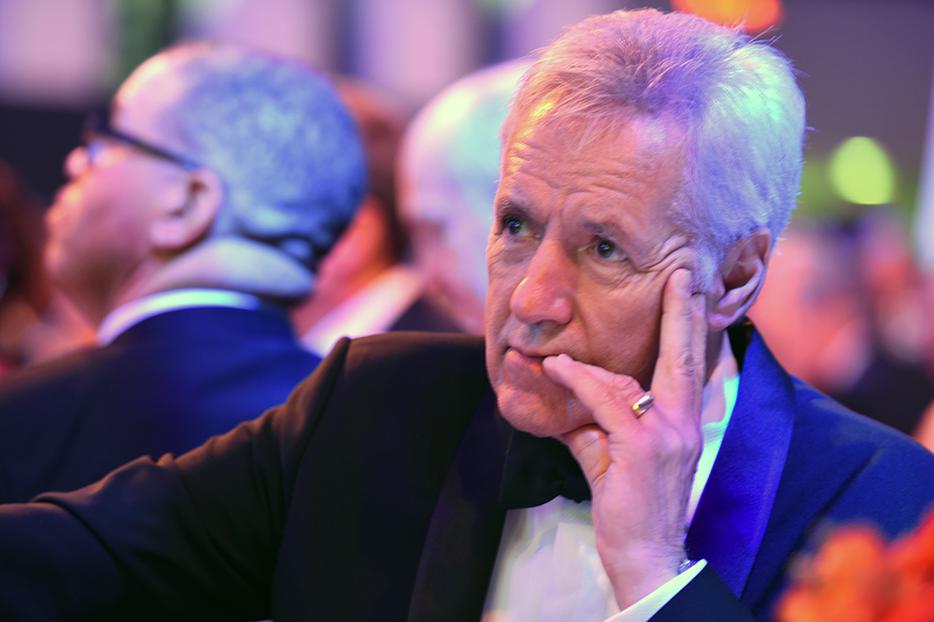 Pray for Alex Trebek, who has been battling pancreatic cancer since March 2019.

When Alex Trebek, the longtime host of “Jeopardy!,” was diagnosed with stage four pancreatic cancer more than a year ago, he was forthright in reporting about his illness. He released a short video statement in March 2019, letting his thousands of fans know of his diagnosis, and assuring that he planned to fight the life-threatening disease and to keep on working as long as he was able. “With the love and support of my family and friends, and with the help of your prayers also, I plan to beat the low survival rate for this disease. … So help me!” he added. “Keep the faith, and we’ll win — we’ll get it done.”

Alex’s many fans did, in fact, support him in prayer. Following the announcement, he received thousands of letters, texts and emails from fans who told him of the positive effect he had had in their lives, and promising their prayers as he fought the dread disease. In December 2019, Trebek released an update regarding his treatment, again referring to his faith. “There were moments of great pain,” he said,

All of that upbeat reporting certainly makes it seem as though Trebek, who was raised Catholic, and who has been at the helm of the award-winning game show since 1984, has a strong faith.

The thing is, I’ve been reading Trebek’s bestselling new book, The Answer Is… Reflections on My Life. (It’s a great book, by the way — well-written, instructive, entertaining on every page.) But the man I see in the pages of the book is not a strong believer but still a seeker — not a Christian but a pantheist. Here’s what he writes:

Am I a believer? Well, I believe we are all part of the Great Soul — what some call God. We are God, and God is us. We are one with our maker. How do I know this? It’s not that I know it. It’s that I feel it. The same way that when I go to Africa I feel that is where I came from. The same way I feel that Jean is my soul mate. I feel it in my gut.

Reading The Answer Is, I learned that Alex Trebek majored in philosophy at the University of Ottawa — specifically, Thomistic philosophy. But rather than absorbing the deep and deeply logical faith that guided St. Thomas Aquinas, Trebek seems to have shrugged it off. “I did not choose this major because I was a brooding teenager plagued by existential quandaries,” he writes. “I chose it out of convenience. The classes were from nine to noon…”

He continues, his characteristic irony and humor apparent on every page.

I’m glad I studied philosophy. I think that a philosophical outlook will help you no matter what you’re doing. … And in one way, studying philosophy in Latin did help prepare me for a career as a quiz show host: if nothing else, it taught me how to pronounce Nietzsche.

I laughed — and I really did enjoy the book! But if you’re a man looking Death in the eye, if you’re facing a serious cancer like that which has attacked Alex Trebek, it’s time to get serious. Alex himself made that point:

But do I pray to a specific god? Do I anticipate a particular version of the afterlife? No, I do not. For all I know I’ll wind up coming back in another life as a knitter during the French Revolution sitting there like Madame Defarge watching the executions. However, lately I’ve been thinking more and more about that old line they used to use in the military: “No one’s an atheist in a foxhole.” If ever there was an opportunity to believe in God — a god — this might be a good one, Trebek, now that you’re on the verge. What have you got to lose?

Trebek is looking good on the show, performing as effectively as ever. Reports are that the pessimism that is evident in the book is disappearing, as he’s passed the one-year mark. (The expected one-year survival rate for stage four pancreatic cancer is only 18%.) In his book, Trebek was resigned to the possibility of impending death. “I’m going to stick with this current protocol,” he wrote, “then that’s it. If it doesn’t work I’ll probably stop treatment.” But this month, as he passed his 80th birthday, he went on Twitter to clarify his stance: “That quote from the book,” he said,

was written BEFORE my current regimen, and I was going through some bad times. My current numbers are very good, but we will have to be patient with this new immunotherapy program that I am on. But if we were to stop being successful, I would return to my previous chemo treatment — NOT stop all treatment.”

Good news, indeed! So life goes on — but remember, Alex isn’t out of the woods. For that matter, none of us are out of the woods — we’re all dying, we just don’t know how long it will take. People who believe as Alex believes, or who are uncertain about who God is, may want to seriously reflect on what in Christian eschatology are termed the Four Last Things: Death, Judgment, Heaven and Hell, and to consider whether a universe without a loving, intentional, personal God is just too implausible. They may want to get to know him, in order to thank him for the great and overwhelming gift of their lives.

A good place to start might be a re-reading of C.S. Lewis’ classic Mere Christianity, which offers a logical defense of the Christian faith. This may be too strong an argument, since Trebek isn’t denying God’s existence, just misunderstanding him. But I find wisdom in apologist Trent Horn’s book Answering Atheism: How to Make the Case for God with Logic and Charity. Then, take a look at Father Wade Menezes’ The Four Last Things: A Catechetical Guide to Death, Judgment, Heaven and Hell.

Wondering about God? Read, and then pray. Ask him to show you his glory and his mercy and his love.

Oh, and pray for Alex Trebek — that he will have many more years to contemplate the existence of all that is good and holy and true. Alex, we have spent many hours with you, playing with words, searching our minds, striving to become better, admiring those who have a more facile command of the language. We love you! Ad multos annos.