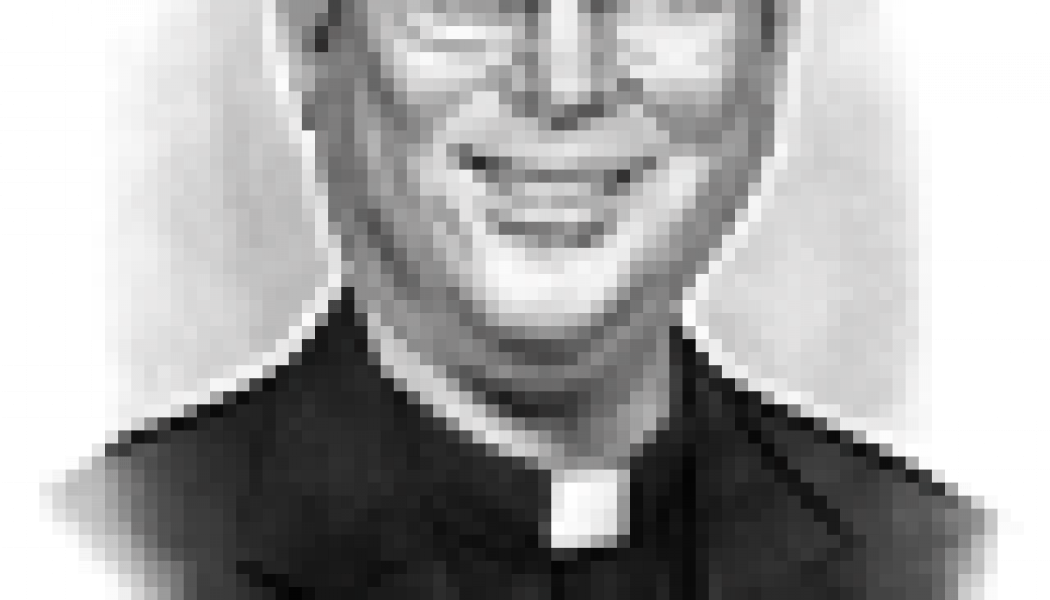 Most regular visitors to this site would probably agree that our culture is broken. When did it break? Maybe we lost the culture in 1973 when the Supreme Court presumed to make the “right to abortion” the law of the land. Perhaps the sexual revolution of the 1960s marked the beginning of the end. But our cultural decline may have begun as far back as 75 years ago, in the skies over Hiroshima when the Americans dropped history’s first atomic bomb on that city.

The Fifth Commandment decrees, “Thou shalt not murder.” God’s law applies to everyone, including soldiers and presidents. Killing an enemy combatant during battle in a just war is not murder. Even mistaken killings in the fog of war are not murder. But when a soldier deliberately kills a prisoner, or a non-combatant, or innocent civilians, he commits murder. These distinctions, conceptually uncomplicated, are crucial.

The “total war” doctrine that advocates the use of every possible means to bring a quick victory fails to distinguish between murder and justifiable killing. Those who advocate total war use the Caiaphas Principle, the morality of “the ends justify the means.” Caiaphas, the high priest who conspired to crucify Jesus, justified the murder for a greater good: “It is expedient for you that one man should die for the people, and that the whole nation should not perish.” (Jn. 11:50; Jn. 18:14)

The arguments in favor of the atomic bombings are familiar. The bombings were necessary, advocates tell us, to end a vicious war and to stop the slaughter. Casualty estimates for an invasion of Japan were catastrophically high for both sides. The entire Japanese population could be classified as combatants. (Osama bin Laden used the same logic to justify the attack on the Towers. So do Hamas terrorists when they bomb Tel Aviv discotheques.) So dropping the bomb was the least harmful of all the evil available evil choices. The central argument is desperately compelling: Better that one city (or two) should die than the whole nation.

But the arguments failed to persuade many prominent military leaders such as Admiral William Leahy, Admiral William “Bull” Halsey, and General Dwight Eisenhower. They asserted that with the Japanese on the verge of defeat, the bomb was not only an act of terrorism but unnecessary for victory.

Admiral Leahy, White House chief of staff and chairman of the Joint Chiefs of Staff during the war, wrote in his 1950 memoirs that “the use of this barbarous weapon at Hiroshima and Nagasaki was of no material assistance in our war against Japan. The Japanese were already defeated and ready to surrender.” Moreover, Leahy continued, “in being the first to use it, we had adopted an ethical standard common to the barbarians of the Dark Ages. I was not taught to make war in that fashion, and wars cannot be won by destroying women and children.”

President Dwight Eisenhower recalled in 1963: “I told him [Secretary of War Henry Stimson] I was against it on two counts. First, the Japanese were ready to surrender and it wasn’t necessary to hit them with that awful thing. Second, I hated to see our country be the first to use such a weapon.”

If it was such an outrage when the Germans practiced unrestricted submarine warfare during the First World War, how then had it become justifiable for the United States to practice unrestricted bombing during the Second?” She added, “For men to choose to kill the innocent as a means to their ends is always murder, and murder is one of the worst of human actions. …for with Hiroshima and Nagasaki we are not confronted with a borderline case. In the bombing of these cities it was certainly decided to kill the innocent as a means to an end.

Fulton Sheen, during a talk to school students about sex, said the moral turning point of the country was “8:15 in the morning, the 6th of August, 1945” when the world changed:

The dropping of the bomb on Hiroshima blotted out boundaries. There was no longer a boundary between the military and the civilian, between the helper and the helped, between the wounded and the nurse and the doctor, and the living and the dead. For even the living who escaped the bomb were already half dead. So we broke down boundaries and limits and from that time on the world has said we want no one limiting me. … You want no restraint, no boundaries. I have to do what I want to do.

Years ago, the renowned Catholic theologian Joseph Pieper privately observed (to a friend of mine) that Americans need to come to terms with the immorality of the World War II atomic bombings before we can make real progress in stigmatizing abortion. The moral arguments justifying abortion and the bombings are remarkably similar: The actions are necessary as “a lesser evil” or to “prevent a greater evil.”

But suppose the Bomb was indeed militarily necessary to win the war? I have not met a single person who supports the atomic bombings of Hiroshima and Nagasaki, who would justify the up-close-and-personal murder of a child for the same reason—even to win a war. But somehow the act of killing the same child and non-combatants—men, women, children—is “the correct choice” when we target them with bombs from an altitude of 20,000 feet? The greater the distance, the easier it is to keep a crime from stinging a conscience. Out of sight, out of mind. But God’s ways are not our ways. The Fifth Commandment indicts, or consoles: Thou shalt not murder.

We break our culture, and we damage our immortal souls, when we try to justify the crucifixion of Innocence using the Caiaphas Principle. The restoration of every culture in every generation begins with a conscience enlightened and healed by Jesus, accompanied by our firm resolve to sin no more.