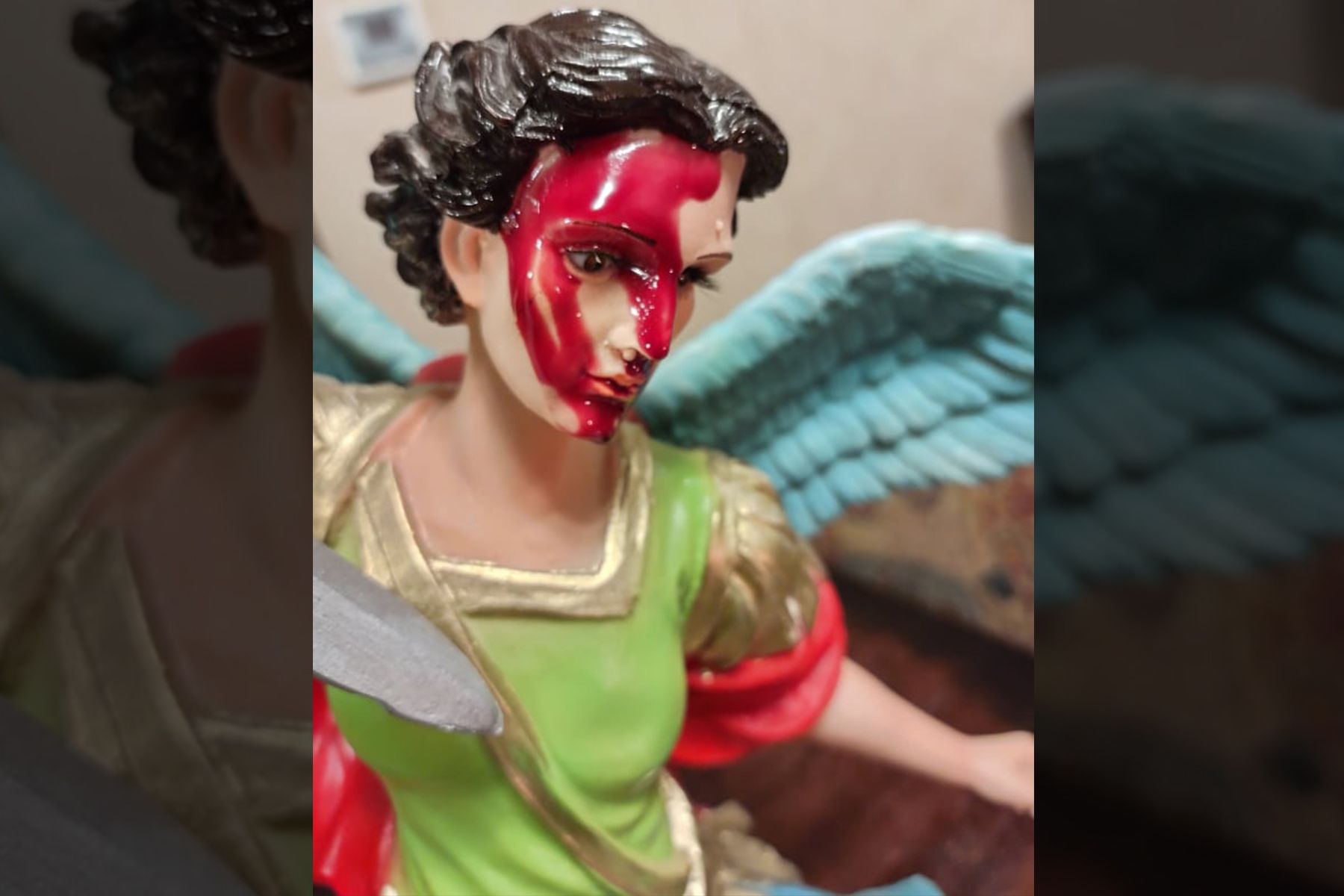 “Upon arriving at the house and entering the room where the statue was reportedly located, the archdiocesan team was told that someone had taken the St. Michael statue. There were no apparent signs of forced entry to the property.”

After conducting an interview with Martinez about the alleged bleeding from the statue, she provided the team with several cotton swabs that she said had been used to clean the dark liquid which appeared to resemble blood from the statue.

The archdiocese said that “A chemical analysis was conducted of the dried liquid on the cotton swabs using the Kastle-Meyer method for presumptive positive blood samples. The test definitively showed that the red liquid obtained from the statue was neither human nor animal blood. The appearance of the substance on the cotton swabs was similar to red nail polish.”

In an interview conducted in Spanish with CNA earlier in March, Martinez had called the experience “inexplicable.”

After posting a video of the supposedly bleeding statue on Facebook, Martinez, who works at a grocery store, received several comments that she was only seeking money or fame, which led her to remove the video. She expressed multiple times that this was not her intention in sharing the video, but that it was “something real that happened to them [her and her roommates].”

Pave set stones in a wrapped design create this of-the-moment fashion ring. The best high speed internet option for gaming. What rights you have over your data.