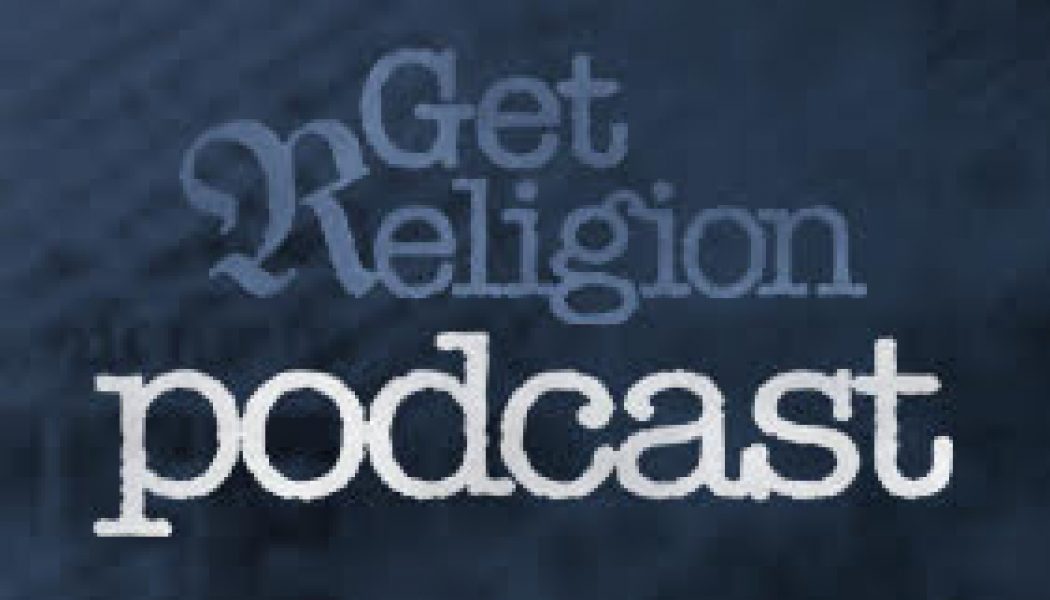 The following is not a hypothetical case or a parable. This is the heart of the news story that was the hook for this week’s “Crossroads” podcast (click here to tune that in).

Step one: Speaker Nancy Pelosi was a guest on Hillary Clinton’s “You and Me Both” podcast. As you would expect, since this was recorded a week after the stunning January 6th attack on the U.S. Capitol, they spent some time discussing their views on the Donald Trump years.

This led to a discussion about the choices made by pro-life voters in the 2016 election. Here is some crucial material from a Catholic News Agency story about the exchange.

… House Speaker Nancy Pelosi (D-Calif.) said that support of pro-life voters for former President Donald Trump was an issue that “gives me great grief as a Catholic.”

“I think that Donald Trump is president because of the issue of a woman’s right to choose,” she said of abortion, implying that pro-life voters boosted Trump to victory in 2016. She added that these voters “were willing to sell the whole democracy down the river for that one issue.”

Other than the “sellout” implication, the key phrase there is “as a Catholic.”

Step two: The archbishop who — canonically speaking — is charged with overseeing Pelosi’s life as a Catholic believer was not amused by this assertion.

Thus, here is another important chunk of that CNA report.

“No Catholic in good conscience can favor abortion,” said Archbishop Salvatore Cordileone of San Francisco, Pelosi’s home diocese. … “Our land is soaked with the blood of the innocent, and it must stop.”

Pelosi has long supported abortion despite her Catholic faith. In 2008, she said on NBC’s “Meet the Press” regarding when life begins, “over the centuries, the doctors of the church have not been able to make that definition.” She said that her Catholic faith “shouldn’t have an impact on a woman’s right to choose.” …

Archbishop Cordileone clarified that “Nancy Pelosi does not speak for the Catholic Church. … And on the question of the equal dignity of human life in the womb, she [Pelosi] also speaks in direct contradiction to a fundamental human right that Catholic teaching has consistently championed for 2,000 years.” …

However, if news consumers search online for other news reports about this clash they will discover that this apparently is not an important news story. Even worse, it is a story that received attention at Fox News and in doctrinally conservative Catholic media.

This strikes me as interesting for two reasons. First, as the CNA story noted:

Pelosi signaled in August that she intends to bring up spending bills in 2021 that do not include the Hyde Amendment — thus allowing for taxpayer-funded abortions in Medicaid. It is unclear if Democrats would have the votes in both chambers of Congress to ultimately repeal Hyde.

That’s a solid hook for a news story.

Second, I would also note that the tensions between Pelosi and Archbishop Cordileone are important because they echo the remarkable Inauguration Day clash between some progressive cardinals and bishops — led by Cardinal Blase Cupich of Chicago (once America’s largest diocese) — and the majority of their colleagues in the United States Conference of Catholic Bishops.

The dispute centered on a sobering USCCB statement addressing the inauguration of President Joe Biden that was written by Archbishop Jose Gomez of Los Angeles (currently America’s largest diocese). Then the Vatican stepped in to try to crush, or at least slow down, that Gomez letter.

Here’s some background from my GetReligion post and podcast on this subject:

It was a great week to be a Cardinal Theodore McCarrick Catholic.

Now, before anyone gets mad, let me stress that the McCarrick mentioned during this week’s “Crossroads” podcast … was not the “Uncle Ted” McCarrick known for bunking with seminarians or the trusted priest or bishop accused of fondling teen-aged boys from families that trusted him.

No, it was Cardinal McCarrick, the consummate networker, trusted fundraiser, ecclesiastical kingmaker and media manipulator. This was the man who, as archbishop of Washington, D.C., created the so-called “McCarrick Doctrine” that protected national-level Catholic politicians whose faith was a crucial part of their lives and images, even if many ancient doctrines didn’t mesh well with their political agendas. This McCarrick also claimed — in a public speech — to have helped elect Pope Francis.

This was the McCarrick whose legacy helped shape the remarkable war inside the U.S. Conference of Catholic Bishops that jumped into clear view on Inauguration Day.

It was McCarrick who articulated the concept that it would be wrong for bishops to “weaponize the Eucharist” while striving to encourage some Catholic politicos to be quieter about their opposition to ancient Catholic doctrines now linked to the Sexual Revolution.

Catholics are radically divided — from pews to the USCCB — on how to handle these issues. One thing is clear: Millions of American Catholics are “Joe Biden Catholics” (to quote a GetReligion reader critical of this blog’s discussions of press coverage on this issue).

Then again, millions of Catholics here in America would support some kind of firm pastoral oversight on abortion and related issues. At the very least, Catholics politicians are supposed to have reached some kind of understanding with their local bishops on these matters.

This leads me, in conclusion, to a commentary on the Pelosi standoff published by the canon lawyer-journalists at The Pillar (a new website that has instantly reached must-read status). Here is the crucial material (this is long, but essential):

Clarifying Church teaching, and offering a pointed rebuke to Pelosi’s claim to speak “as a Catholic” while defending abortion, Cordileone’s direct response to Pelosi could be interpreted as a formal and public admonition to Pelosi on a matter of essential Church teaching, a move that would precede prohibiting the lawmaker from receiving Holy Communion.

The Church teaches that the act of abortion is the voluntary taking of an innocent human life, the grave immorality of which is a teaching which Catholics are required to “believe with divine and Catholic faith,” the highest level of teaching authority.

Canon 915 of the Code of Canon Law provides that those “obstinately persevering in manifest grave sin are not to be admitted to Holy Communion.” According to a 2004 memo issued by the Cardinal Joseph Ratzinger, then-prefect of the Congregation for the Doctrine of the Faith, Catholic politicians — like Pelosi — who “consistently campaign and vote for permissive abortion and euthanasia laws” are engaged in “manifest” and “formal cooperation” in grave sin.

But, the CDF recommended that before publicly prohibiting a Catholic politician from receiving Communion, their “pastor should meet with [them], instructing [them] about the Church’s teaching, informing [them] that [they] are not to present [themselves] for Holy Communion until [they] bring to an end the objective situation of sin, and warning [them] that [they] will otherwise be denied the Eucharist.”

Cordileone’s public corrective of the Speaker could be interpreted as an attempt to instruct her in the Church’s teaching ahead of such a warning, in line with the CDF’s memo.

So what happens if Archbishop Cordileone presses for clarity on Speaker Pelosi’s status — in terms of sacraments — as a Roman Catholic?

At that point, the man caught in the middle — in terms of press attention, at the very least — would be Cardinal Wilton Gregory of Washington. That’s the same cardinal, of course, who has already announced that he will continue to support President Biden receiving Holy Communion at churches inside the D.C. Beltway.

What happens if Cardinal Gregory clashes — publicly or privately — with Archbishop Cordileone on the status of Speaker Pelosi? That would be hard to keep under wraps.

How would that affect the tensions between Cardinal Cupich (viewed as a Pope Francis disciple) and Archbishop Gomez and, to one degree or another, what appears to be a majority in the USCCB? How can a cardinal or archbishop act in the Speaker Pelosi case without raising issues linked to President Biden?

Thus, I will ask again: Whatever one thinks of the political and doctrinal issues that are at stake, would such a development be a news story?