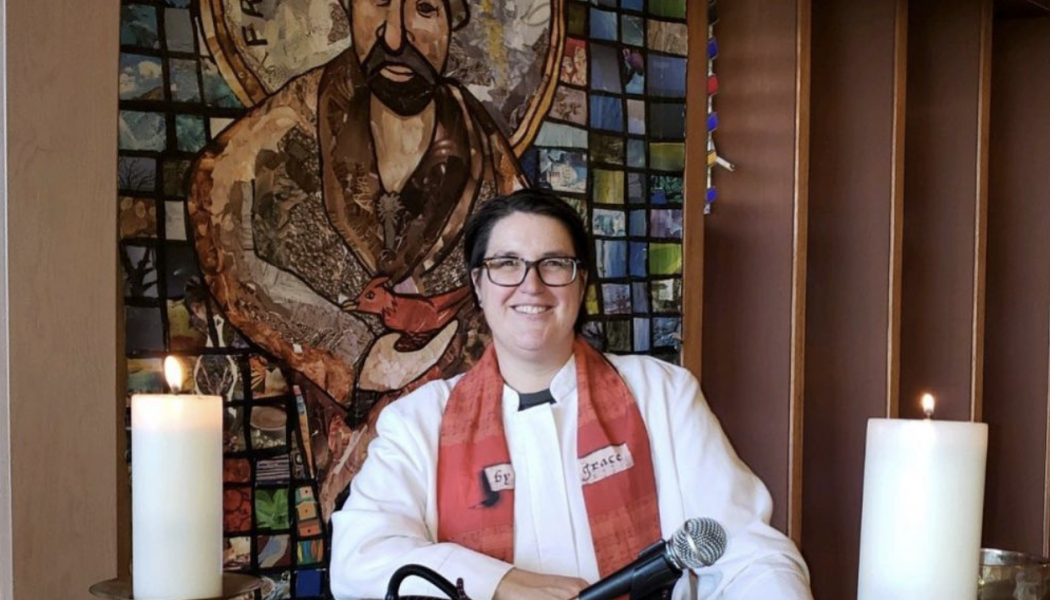 Imagine that you are a pastor or a layperson in the Lutheran Church-Missouri Synod, the Wisconsin Evangelical Lutheran Synod or one of the other conservative Lutheran bodies in the United States.

So you sit down with your morning coffee and pop open your email and you see that friends and family have sent you emails enquiring about a headline that they saw on Twitter or somewhere else in today’s complicated news marketplace.

In this case, the headline is from the New York Times and it states: “U.S. Lutheran Church Elects Its First Openly Transgender Bishop.”

The problem, of course, is that the “U.S. Lutheran Church” doesn’t exist There is no one denomination that fits that description. Or perhaps the person sending you the email saw, somewhere, the Religion News Service headline that ran with this headline: “Lutherans elect Megan Rohrer first transgender bishop.” Second verse, same as the first.

When it comes to Lutheranism, many journalists continue to struggle when describing who is who and what is what. This brand-name problem was the first layer of the complex issues — in terms of church doctrine and journalism style — that we explored in this week’s “Crossroads” podcast. Click here to tune that in.

The denomination that elected Bishop-elect Rohrer was, of course, the Evangelical Lutheran Church in America, one of the “Seven Sisters” — we may need to make that “Seven Siblings” — of liberal Protestantism.

But what happens if you put that denominational brand name in a headline (besides the fact that it’s way too long for most newspaper layouts)? If you do that, you have to explain the presence of “evangelical,” which has become a near curse word in a news context. And, hey, “Lutheran” by itself sounds more important. Damn the accuracy, full speed ahead.

This brings us to the key hook for this podcast: There was little or nothing surprising about the progressive ELCA electing a trans (if that is the best term, in this case) bishop. The election of Bishop-elect Rohrer was completely consistent with this oldline flock’s new image and doctrinal identity.

So was this election important? I argued that it was an important news story, and not just for reasons linked to this person’s track record as a progressive media star. Here is the overture for the Times report:

A pastor in California became the first openly transgender person to be elevated to the role of bishop in a major American Christian denomination when they were elected on Saturday to lead a synod in the Evangelical Lutheran Church in America.

The Rev. Megan Rohrer was elected to a six-year term as bishop of the Sierra Pacific synod, an assembly based in Sacramento that includes about 200 congregations across Northern and Central California and northern Nevada.

“I am so proud to be a Lutheran,” Pastor Rohrer, 41, who will be installed as bishop on July 1, said in an email on Monday. “I pray that my election by the faithful people of the Sierra Pacific Synod will become a constant reminder that God’s fabulous love is never limited by the opinions or legislation of others.”

Later on, there was this quotation that served as a thesis statement for the whole news story (which, of course, did not include a single word of commentary or information drawn from interviews with conservative Lutherans in the ELCA or anywhere else):

The assumption is that the election of Rohrer is an edgy move that will help the ELCA survive or even thrive in an increasingly woke environment in Northern California and in postmodern America.

Thus, this election is part of one of the most important news trends in American religion over the past 50 years — the demographic death dive of “mainline” Protestantism. The ELCA had about 5.2 million members (.pdf here) when it was born in 1988 and that number had fallen to 3.3 million in 2020, as the church headed into the COVID-19 crisis.

Rohrer has been elected bishop of the ELCA’s Sierra Pacific region, which had 183 congregations in 2012 and 181 in 2019. However, “active participants” in those congregations fell from 32,445 to 25,043 in that same period and attendance dropped from 17,769 to 12,931. All of the churches, combined, in this new bishop’s home region have the combined attendance of a single evangelical megachurch (looking at the numbers for the top 20 congregations).

Do some additional math: The average ELCA congregation in this very liberal (and massive, in terms of population) region has about 70 people attending on a given Sunday. If you know the realities of church life, you know that it takes about 85-100 people attending and giving to comfortably fund the salary and benefits for a mainline minister. Bishop-elect Rohrer faces a challenge.

Here’s another question: Is the ELCA completely united around this doctrinal move? There may be some conservatives remaining, even though many folks left a decade ago to form the North American Lutheran Church. It would have been good if reporters had asked if there was any opposition to Rohrer’s election.

However, I think it’s safe to say that Bishop-elect Rohrer represents the new ELCA mainstream. That’s a story, especially if reporters had asked questions about this leader’s stands on other more basic, credal theological issues (or even the three questions in the “tmatt trio”).

You can tell, in the typically one-sided RNS report, that Rohrer’s stock has been rising for a decade or more:

Well known for advocating for LGBTQ rights in street activism, preaching and writing, Rohrer, 41, who uses the pronouns they and them, is also recognized for their work with the homeless. They have also attained minor celebrity status stemming from appearances on the television series “Queer Eye” and in profiles in Time magazine and Cosmopolitan, where they recounted their struggles as a young LGBTQ Christian and as a person coming to terms physically and spiritually with their gender.

In terms of cable-TV culture, “Queer Eye” is the big time. Keep reading:

Raised in South Dakota, Rohrer has recounted being expelled from the youth group at the church they attended in Sioux Falls when they came out as a lesbian and told a California public radio station that in college at the Lutheran Augustana University, “The people who were in my religion classes with me would sing hymns when I walked by, to try to get rid of my gay demons. And I would just sing harmony. I didn’t know what to do.”

A campus pastor at Augustana, however, encouraged Rohrer to consider ministry, and in 2002 they moved to San Francisco to attend Pacific Lutheran Theological Seminary and later transferred to the LGBTQ-friendly Pacific School of Religion in Berkeley. Ordained in 2006 under an “extraordinary candidacy process” designed to sidestep the national ELCA’s policy on LGBTQ ministers at the time, Rohrer’s ordination was officially accepted in 2010.

Think of it this way. In the rite in which Rohrer becomes a bishop, Rohrer will be asked:

Will you carry out this ministry in accordance with the holy scriptures and with the confessions of the Lutheran church, and in harmony with the constitutions of the Evangelical Lutheran Church in America?

Part of this news story is that Rohrer can affirm that — as defined in the current ELCA.

That’s a story. Thus, Rohrer will hear these words of blessing:

Sustain her/him as a shepherd who tends the flock of Christ with love and gentleness, and oversees the ministries of the church with vision and wisdom.

Uphold her/him as a faithful steward of your holy word and life-giving sacraments and a strong sign of reconciliation among all people.

Well, that’s how the rite was worded in the most recent ELCA book of liturgical rites. That will now have to be amended to “her/him/them.”

Yes, that’s a news story. This is part of the evolving world of the old “mainline” Protestant world. Will that lead to growing churches or any kind of turnaround after decades of decline?

Enjoy the podcast and, please, pass it along to others. And don’t forget that you can subscribe to “Crossroads” at the Apple Podcasts website.

FIRST IMAGE: From the Facebook page of Bishop-elect Megan Roher.