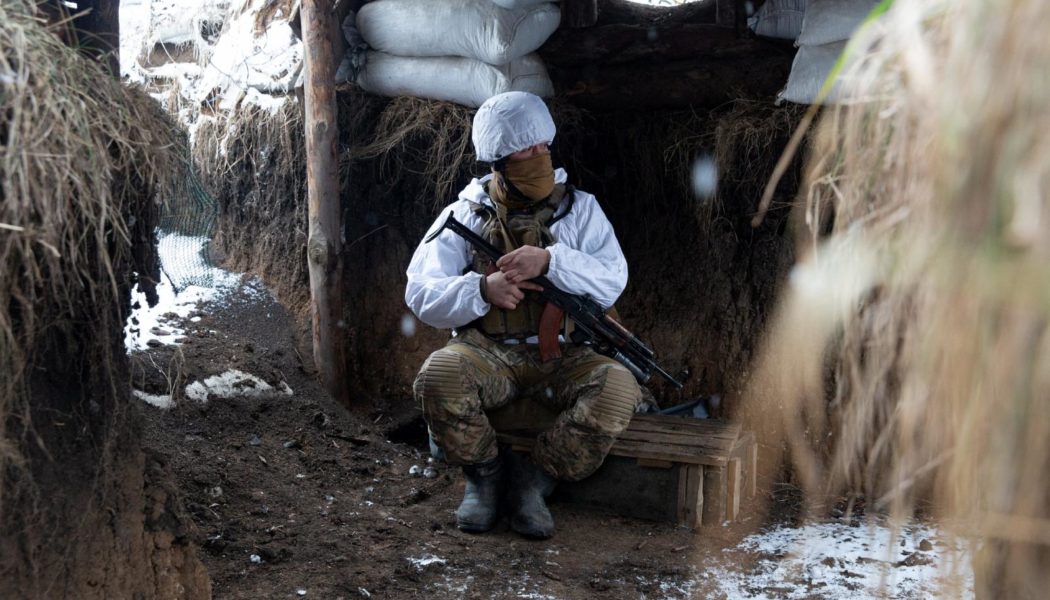 VATICAN CITY (CNS) — Saying he was worried about Ukraine and how a possible Russian-Ukrainian conflict could spread, Pope Francis proclaimed Jan. 26 as a day of prayer for peace in Ukraine.

“I am following with concern the rising tensions that threaten to strike a new blow at peace in Ukraine and put into question the security of the European continent, with even wider repercussions,” the pope said Jan. 23 after reciting the Angelus prayer.

“I make a heartfelt appeal to all people of good will to pray to Almighty God that all political actions and initiatives will serve human fraternity rather than partisan interests,” the pope said.

“Those who pursue their own goals to the detriment of others despise their vocation as human beings, because we have all been created brothers and sisters,” he said. “For this reason and with concern given the current tensions, I propose that next Wednesday, Jan. 26, be a day of prayer for peace.”

Russia annexed Crimea in early 2014 and, shortly afterward, Russian-backed separatists began fighting Ukrainian government forces in the eastern Ukrainian regions of Donetsk and Luhansk. Some 1.5 million people have fled the region to other parts of Ukraine and thousands of civilians and soldiers have died or been injured.

While in the spring of 2021 Russia was accused by many Western nations of trying to provoke more active fighting by holding military exercises near the border, a massive Russian buildup of troops just over the border created alarm in early December. The buildup has continued and, late Jan. 22, Britain’s Foreign and Commonwealth Office released a statement saying it had evidence that Russia was developing plans to install a pro-Russian government in Ukraine.