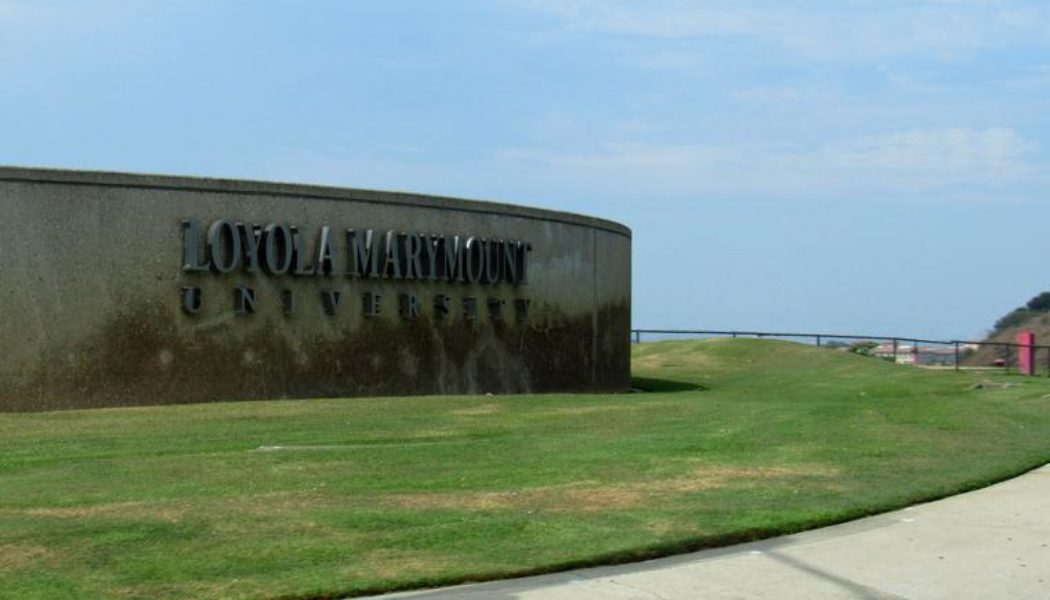 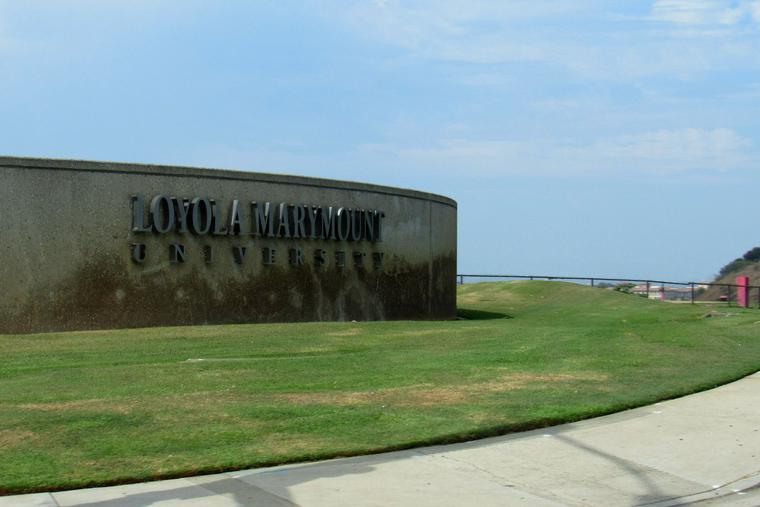 LOS ANGELES — Roberto Dell’Oro, a member of the Vatican’s Pontifical Academy for Life, publicly urged support for legal abortion prior to the possibility of fetal pain during a recent panel discussion sponsored this month by Loyola Marymount University in Los Angeles.

During an Oct.12 panel discussion, entitled “Confronting the Dobbs Decision: A Conversation About the Legality of Abortion,” Dell’Oro, a bioethicist and theologian at the university, and two other LMU panelists criticized the U.S. Supreme Court’s majority opinion in Dobbs v. Jackson Women’s Organization, the 2022 landmark decision that overturned Roe v. Wade.

In prepared remarks, Dell’Oro attacked the Dobbs ruling for failing to uphold democracy, which “maximizes rather than restricts a space of personal freedom for all citizens, including women.”

At the same time, the bioethicist also suggested that Roe went too far when it held that fetal viability is the key moment when states can restrict abortion. Fetal viability, the period when an unborn child can survive outside his or her mother’s womb, is pegged at about 24 weeks’ gestation.

By comparison, the Charlotte Lozier Institute, a pro-life research center, reports that an unborn child can feel pain by 15 weeks, “if not earlier,” while other experts have placed that boundary after 24 weeks.

“I submit that the ability of the fetus to feel pain represents the point at which the legal right to choice ought to end,” said Dell’Oro, who billed this language as a “compromise.”

Until that moment, the freedom, autonomy and dignity of women call for a legal right to abortion, he contended.

The director of  the Bioethics Institute at the Jesuit-run university, Dell’Oro was appointed to the Pontifical Academy for Life in 2015 and was promoted this month to “ordinary member.”

He organized the panel and was joined by Brietta Clark, an expert on health-care law at Loyola Law School who has written publicly in support of abortion rights, and Jennifer Gumer, a professor at the university’s Bioethics Institute.

During the discussion following the panelists’ opening remarks, sources told the Register that the organizers of the event were criticized by a member of the audience for failing to include even one voice that represented the position of Pope Francis and the Catholic Church. The Catechism of the Catholic Church authoritatively affirms “the moral evil of every procured abortion” and states, “This teaching has not changed and remains unchangeable” (2271).

The panelists did not immediately respond to that concern. But, later, Dell’Oro acknowledged that “views were left out” and suggested another forum would be forthcoming.

Andrew DiCrisi, a senior LMU philosophy student who was in the audience, told the Register he was “angered” and “confused” by Dell’Oro’s remarks.

“Professor Dell’Oro is a Catholic bioethicist and a member of the Pontifical Academy for Life,” he said. “He might have prefaced his remarks by saying, ‘I don’t like this, but the culture is in such a bad state here in California that the best we can do is choose the lesser of two evils with a compromise.’ He didn’t say that. He said, ‘This is the law I support.’ If he is going to make this claim, he needs to give his reasoning as a Catholic.”

DiCrisi also questioned the practical impact of Dello’Oro’s proposed law restricting legal abortion to the period before the unborn child experiences pain and expressed doubt that it would be ethically preferable to Roe’s standard of fetal viability.

“Mainstream scientific perspectives” maintain that fetal brain development does not allow for the experience of pain “until after 24 weeks,” DiCrisi noted, and, by then, most abortions have already taken place.

The Register reached out to Dell’Oro via email, asking him to clarify his position on legal abortion and to explain whether he was in conformity with the statutes of the Pontifical Academy for Life that require members to support the Church’s magisterium. He did not respond to the email query. But after he answered his university telephone, he said, “I don’t want to” answer questions.

“I can’t answer to every single journalist” who calls, he added, and suggested this reporter contact the university’s representative, Mason Stockstill, who did not return the Register’s call by press time.

Catholic scholars who were apprised of Dell’Oro’s remarks also raised concerns about the substance of his argument.

“The professor is right that ‘viability goes too far’; in truth, it is an utterly arbitrary criterion for identifying when unborn children become (as it were) entitled to a right to life,” Gerard Bradley, professor at the University of Notre Dame Law School, told the Register.

“But so too is feeling pain; it obviously cannot be the definitive marker of when a human person with rights comes to be, for non-human animals feel pain just as we do.

“Some human beings are impervious to pain (the anesthetized, for example) and no one suggests that they are no longer humans with a right to life,” added Bradley, who noted Justice Samuel Alito’s comments on the arbitrary nature of fetal viability in the majority opinion in Dobbs.

Bradley speculated that Dell’Oro might be carving out a “middle ground” on abortion in order to “seem reasonable” as abortion-rights activists use the Dobbs decision to demand access to the procedure until birth and some GOP lawmakers reconsider more restrictive laws.

But Catholic bioethicists who take this path “are fooling themselves,” Bradley concluded. “Their sheer arbitrariness puts them high on the list of those who are simply unreasonable on this most important human-rights issue of our era.”

Dell’Oro’s public support for legal abortion will likely increase scrutiny of the Pontifical Academy for Life, which has issued documents and made appointments that repeatedly stirred controversy and raised questions about its commitment to the study of life issues from a Catholic perspective.

The LMU bioethicist is the co-author of a favorable review of Theological Ethics of Life: Scripture, Tradition, Practical Challenges, a 2022 book issued by the Pontifical Academy for Life and published by the Holy See that has been widely understood to support a change in Church teaching on contraception. A link to the review is prominently featured on the Pontifical Academy for Life’s webpage about the book.

A synthesis of the proceedings of a 2021 “interdisciplinary study seminar promoted by the Pontifical Academy for Life,” the volume was criticized by an international group of Catholic experts who posted an open letter in September challenging its scholarship and arguments.

This week, the academy generated fresh headlines when it announced the appointment of Mariana Mazzucato, an Italian-American economist and professor at University College London, who tweeted her support for legal abortion after the Dobbs decision was issued this summer.

The Vatican organization has sought to defend its decision to make Mazzucato a member, issuing a lengthy press release that explained the importance of “dialogue” in the academy’s work and outlined the formal process that led to her appointment.

The statement noted that documents issued by the academy are vetted by the Dicastery for the Doctrine of the Faith and that appointees are nominated by Pope Francis himself and reviewed by the “Apostolic Nuncio and the Episcopal Conference of the countries where the Academics live and work.”

That was the case with the economist’s nomination, the statement emphasized, “and there were no problems” flagged.

The Pontifical Academy for Life was founded in 1994 by Pope St. John Paul II to study “the principal problems of biomedicine and of law, relative to the promotion and defense of life,” with a specific focus on the “direct relation that they have with Christian morality and the directives of the Church’s Magisterium.”

The academy, under its first president, the towering pro-life pediatrician and geneticist Venerable Jérôme Lejeune, secured bylaws that directed its members to sign a declaration that affirmed their commitment to “bear witness that … every human being is a person” and that, “from the moment the embryo is formed until death, it is the same human being which grows to maturity and dies.”

Conforming to the Magisterium

After the 2016 appointment of Archbishop Vincenzo Paglia, its president and chancellor, and the approval of new statutes, however, members were no longer required to sign the pro-life declaration.

But while the updated statutes also do not require that members be Catholic, the appointees should “promote and defend the principles regarding the value of life and dignity of the human person, interpreted in a way that conforms to the Magisterium of the Church.”

Likewise, the statues make clear that membership can be revoked, “in the case of a public and deliberate action or statement manifestly contrary to said principles, or seriously offensive to the dignity and credibility of the Catholic Church and the Academy itself.”

Catholic scholars will be reviewing those statutes as the academy’s members and publications continue to stir questions about the leadership’s commitment to its founding mission and the value of its proceedings for Church leaders seeking guidance on life issues.

“The problem with appointing people who do not share a Catholic worldview and value system is the academy’s positions fail to represent a Catholic mind,” said U.S. moral theologian Christian Brugger.

And when “the body no longer can be trusted to speak in concert with the Gospel, it loses its evangelical purpose.”