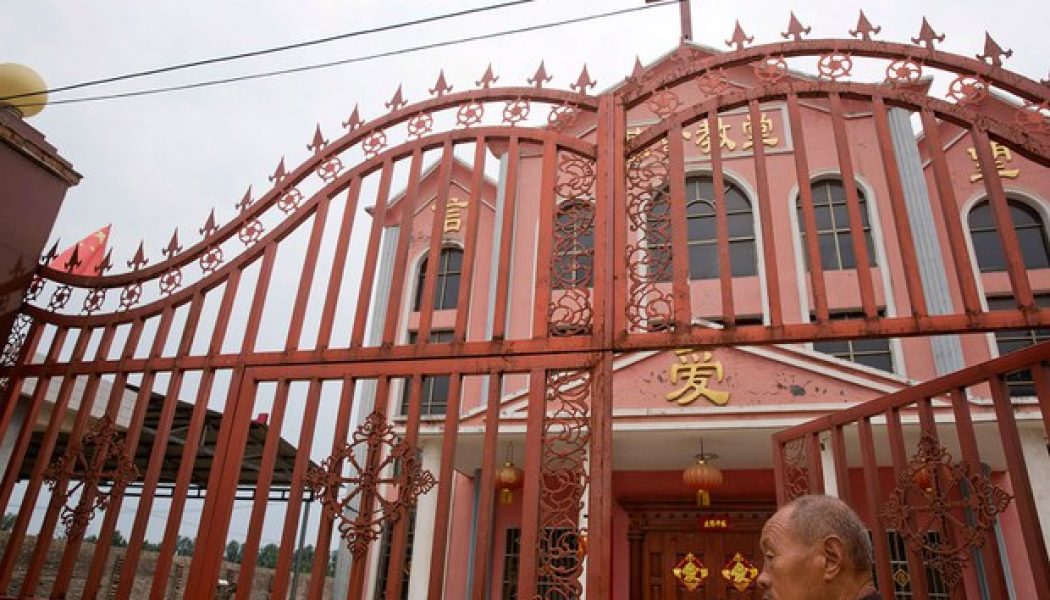 Authorities in China are detaining Christians in secretive, mobile “transformation” facilities to make them renounce their faith, RFA has
learned.

A member of a Christian “house church” in the southwestern province of Sichuan who asked to be identified by a pseudonym Li Yuese said he was held in a facility run by the ruling Chinese Communist Party (CCP)’s United Front Work Department, working in tandem with the state security police, for 10 months after a raid on his church in 2018.

“It was a mobile facility, that could just set up in some basement somewhere,” Li said. “It was staffed by people from several different government departments.”

“It had its own (CCP) political and legal affairs committee working group, and they mainly target Christians who are members of house churches,” he said.

The Chinese Communist Party, which embraces atheism, exercises tight controls over any form of religious practice among its citizens.

The CCP under Xi Jinping regards Christianity as a dangerous foreign import, with party documents warning against the “infiltration of Western hostile forces” in the form of religion.

Li said he was held in a windowless room for nearly 10 months, during which time he was beaten, verbally abused and “mentally tortured” by staff, eventually resorting to self-harm by throwing himself against a wall.

His account is chillingly similar to those of former inmates of “transformation” camps in the northwestern region of Xinjiang.

“They threaten, insult and intimidate you. These were United Front officials, men, women, sometimes unidentified, usually in plain clothes. The police turn a blind eye to this,” he said.

“You have to accept the statement they prepare for you,” he said. “If you refuse, you will be seen as having a bad attitude and they will keep you in detention and keep on beating you.”

Li said most of his fellow inmates were also people who had been released on bail during criminal detention for taking part in church-related activities.

Most hadn’t done anything that could trigger any criminal prosecution, so police sent them to the “transformation” facilities instead, Li said.

“They were using brainwashing methods on those of us who were on bail from the detention center,” he said. “It was in a secret location, in a basement.”

“There were two plainclothes officers in my room, and a uniformed officer was in another room,” Li said.

“There were no windows, no ventilation and no time allowed outside,” he said. “I was given just two meals a day, which were brought to the room by a designated person.”

Inmates who refused to “admit their mistakes” were held in solitary confinement for prolonged periods.

“There is no time limit for the brainwashing process,” he said. “I don’t know the longest time anyone has been held there, but I was detained for eight or nine months.”

“You can’t see the sun, so you lose all no concept of time.”

He said suicidal ideation and self-harm was commonplace.

“I couldn’t sleep; after you’ve been in there a week, death starts to look better than staying there,” Li said. “I bashed myself against the wall to self-harm.”

“One time in there, I was groggy and was trying to open my eyes but I couldn’t,” he said. “Four or five of them grabbed me by the arms and legs and pinned me to the ground.”

“They they injected me with some drug, and brought me back to consciousness.”

Li said he was in very poor health on his release, with edema all over his body and a weight gain of 10 kilograms.

He remains haunted by the experience to this day, he told RFA.

Another Christian who asked to remain anonymous told RFA that similar facilities are being used across China, not just for Protestants, but also for members of the underground Catholic church, and of the banned Falun Gong spiritual movement, a target of authorities since 1999.

A lawyer surnamed Zhang from the northern province of Hebei said he had represented a number of former detainees, who are Catholics.

“I was asked to go to Baoding by underground Catholics in 2013,” Zhang said. “These brainwashing places were similar to the ones used on the Falun Gong.”

“I saw several of their priests at that time, and they told me what was happening there in Baoding.”

“After the religious affairs officials had arrested the bishops and priests, they didn’t pursue criminal charges — they just disappeared them, sometimes for five, six or even 10 years at a stretch.”

“Some were sent back home after five or six years, and that was how people learned about the brainwashing centers — from their accounts,” Zhang said.

Zhang said he suspects the “transformation” facilities have been running for a long time around China, and that the operations in Baoding were likely just the tip of the iceberg.

According to a report in the overseas magazine Bitter Winter in November 2020, which interviewed a former brainwashing victim, methods used in the centers vary from beatings to torture, including cold showers in sub-zero temperatures, and forcing inmates to carry large buckets of water around their necks.

China is home to an estimated 68 million Protestants, of whom 23 million worship in state-affiliated churches under the aegis of the Three-Self Patriotic Association, and some nine million Catholics, the majority of whom are in state-sponsored organizations.