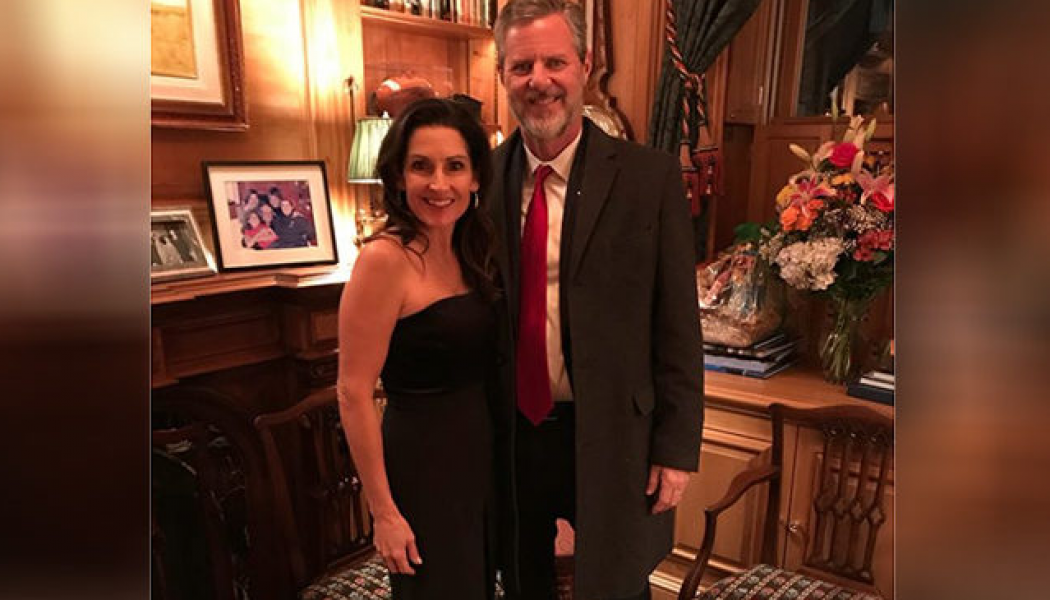 Liberty University president Jerry Falwell Jr., who was recently suspended after posting an inappropriate vacation photo on Instagram, released a statement revealing that he has suffered from depression for years because a former family friend has been threatening to expose an affair he had with Falwell’s wife, Becki.

Falwell revealed that Becki’s affair happened with a young man whom they befriended while they were on a vacation eight years ago in Miami, Florida. The young man, identified as Giancarlo Granda, was working at the hotel they were staying, and the couple was “impressed by his initiative in suggesting a local real estate opportunity.” The Falwells bought a youth hostel in Miami and put Granda. The affair took place shortly after the death of Jerry’s father (Jerry Falwell Sr. 1933-2007) while Falwell was working long hours to grow Liberty University, and Becki was traveling to Miami to finish the hostel deal.

Falwell said that after learning about the inappropriate relationship, he lost 80 pounds and “people who saw me regularly thought that I was physically unwell, when in reality I was just balancing how to be most supportive of Becki, who I love, while also reflecting and praying about whether there were ways I could have been more supportive of her and given her proper attention.” He said, “Becki and I forgave each other, because while her indiscretion may have been more obvious and apparent, I realized that there were important smaller things I needed to do better too,” citing both Matthew 5:27-28 and Ephesians 4.32 in his statement.

Liberty University President Claims He Wanted to Protect the School

After Becki’s confession, the couple “extended the spirit of forgiveness to this man with respect and kindness, both for spiritual and religious reasons, and in the hope that we could help him find his way and allow us to put this behind us, without any harm or embarrassment to our family or to the LU community to which we have dedicated our lives.” According to the Falwells, what followed were years of angry and aggressive threats and demands for money. Falwell said, “We were doing our best to respectfully unravel this ‘fatal attraction’ type situation to protect our family and the University.”

However, an article published in Reuters tells a different side to the story—Granda’s side. In it, Granda claims Falwell was also involved in the affair and feels he was preyed upon. “Whether it was immaturity, naïveté, instability, or a combination thereof, it was this ‘mindset’ that the Falwells likely detected in deciding that I was the ideal target for their sexual escapades,” Granda said. Granda also provided screenshots of text messages and audio recordings of phone conversations he exchanged with the couple.

The suspended Liberty University president said that he is taking the time to seek help for the “emotional toll” the whole situation has taken:

I am now dealing with things in a way that I should have done before—including seeking to address the emotional toll this has taken. I shouldn’t have been afraid to admit my vulnerabilities and to reach out for assistance from the mental health professionals who could have alleviated this pain and stress. I am committed to speaking out and sharing with others at Liberty the importance of seeking counseling instead of thinking you need to be tough and try to bear these burdens on your own. I am in the early stages of addressing these issues.”

Falwell cited Proverbs 3:5-6 and explained, “The trauma of this experience has brought us to a very challenging point in our lives, but we are strong, our faith in Christ is greater than ever, and with His help and with those in the community who we love and who appreciate the impact of forgiveness, we will get through this. We ask for your prayers and support.”