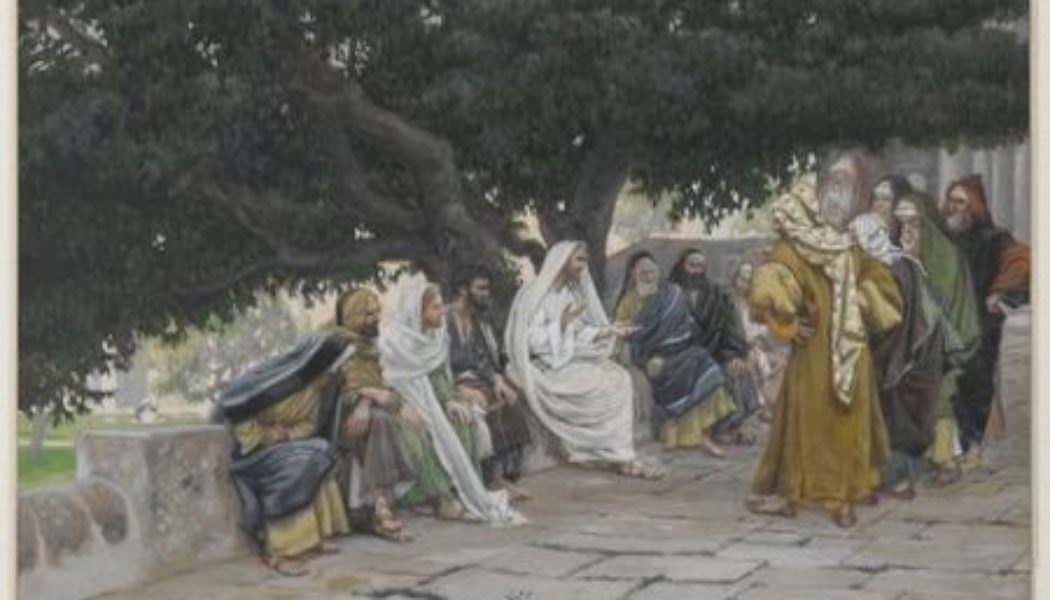 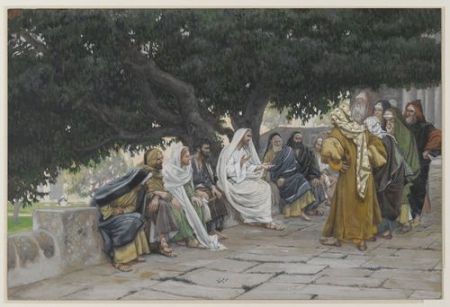 Today we see the Sadducees come forward and put a question to Jesus, but who were the Sadducees? They were a Jewish religious group less popular than the Pharisees but in some ways more powerful. The Sadducees were the party of high priests, aristocratic families, and wealthy merchants, and they were well-represented among the members of the Jewish high council, the Sanhedrin. Theologically, unlike Pharisees, the Sadducees only accepted the first five books of the Bible as scripture: that is, Genesis, Exodus, Leviticus, Numbers, and Deuteronomy. These five books are called the Torah (the Law) or the Pentateuch. The Sadducees denied the inspiration of all the other Old Testament books and only accepted religious beliefs which they thought were contained in those first five books.

The Sadducees did not believe in life-after-death nor in eternal punishments or eternal rewards hereafter; and they saw no scriptural evidence for the idea of a resurrection of the dead. Therefore, to challenge Jesus, they pose a hypothetical question about the resurrection involving a woman who had multiple husbands, a question they think will lead him to a ridiculous conclusion. In response, Jesus explains that life and love in the coming age are far more mystical than they imagine. But today I want to highlight the end of Jesus’ answer.

The Sadducees were hobbled by having accepted a truncated faith less than the fulness of all God had revealed (as is the case with most Christians today). Jesus desired to show them that life-after-death is proclaimed by God, but he had to do so using evidence they would acknowledge. So Jesus cites an event from their own accepted Book of Exodus. Jesus says: “That the dead will rise even Moses made known in the passage about the bush, when he called the Lord ‘the God of Abraham, the God of Isaac, and the God of Jacob.’ and he is not God of the dead, but of the living, for to him all are alive.”

Jesus highlights how at the Burning Bush the Lord did not identify himself to Moses by saying, “I was the God of Abraham, I was the God of Isaac, and I was the God of Jacob.” The Lord declares, “I AM the God of your fathers,” because even though their bodies had perished long before their souls remained alive to God. Jesus teaches that those who have died still live and that the dead will rise again, just like the Christ rises from his tomb in both his soul and body.

This time of year, throughout November, we remember in a special way those who have died. On November 1st, we celebrate all saints now in heaven. On November 2nd, we pray for all those who have died and whose souls continue being purified in Purgatory so as to be made perfect for heaven’s glory. In this fall season, as our trees’ leaves fade and fall and our farmers’ fields are harvested, the Church is nearing the end of our liturgical year (which begins anew with Advent). And the focus of our readings at Mass in these final weeks turn toward the last things, including death.

Unless Jesus Christ returns in glory first, each of us will die one day. And if we die, our bodies will one day rise again. In light of these facts, how should we live and prepare to die? Many people avoid thinking about death because it makes them feel so uncomfortable. Like a child who closes their eyes in order to be invisible, some choose not to consider their own death all. However, this strategy does not change reality and creates a grave risk of dying ill-unprepared.

Do not be spiritually unready; you probably have less time left than you think. So believe in our Lord and be converted, do what is right and reject your sins. For instance, stop skipping Sunday Mass and Holy Days of Obligation. If we do not wish to worship and obey God he will honor that decision… forever. So repent and do his will.

Do not neglect or postpone receiving Christ’s sacraments, Confession, the Eucharist, and the Anointing of the Sick. Even if it is possible to reach heaven without the Last Rites (including the Apostolic Pardon, Viaticum, and Extreme Unction) why would you risk foregoing these graces? Be well-prepared to die.

Throughout this month of November pray for the souls of the dead, befriend and ask help of the saints above, and grow closer to our Lord Jesus Christ through his sacraments. Jesus says, “I came so that they might have life and have it more abundantly.” Christ has died, Christ is risen, and Christ will come again. So do not be afraid of death; instead, be well-prepared.

This entry was posted on November 5, 2022 at 10:52 pm and is filed under Christian Perfection, Homily, Last Things, Repentance, Salvation, Sunday Homilies. You can follow any responses to this entry through the RSS 2.0 feed. You can leave a response, or trackback from your own site.