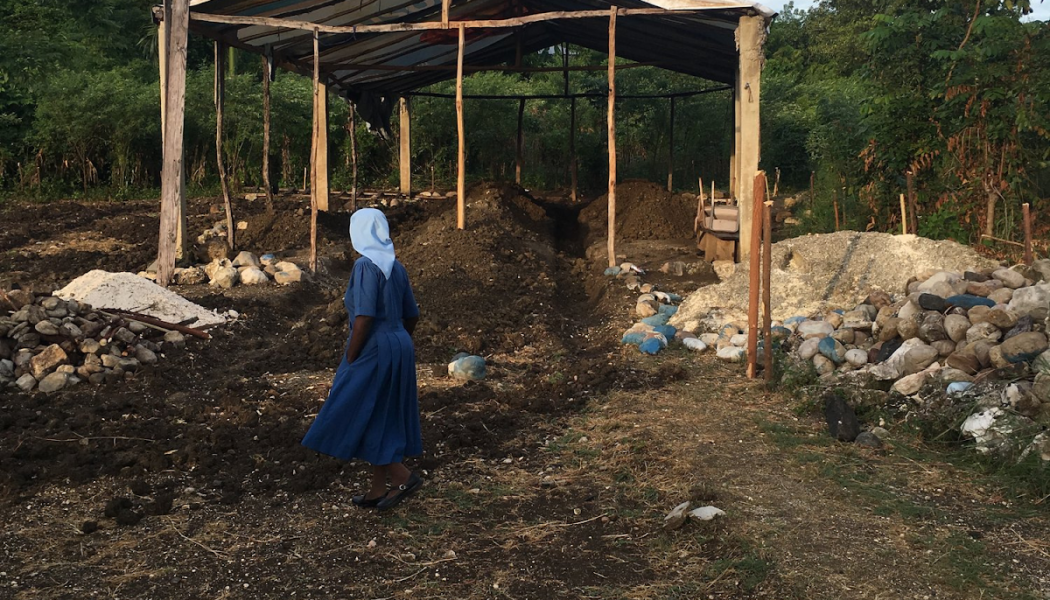 Less than one week ago, the president of Haiti was assassinated at his home, reportedly by a group of Columbian ex-military security contractors (or mercenaries, depending on who you ask).

President Jovenel Moïse was tortured before he died, and his wife was shot three times and is now being treated in a Miami hospital.

The assassination is the latest escalation in a series of political travails that have crippled Haiti’s government in recent months, handing over power in the streets — especially in Port-au-Prince — to violent criminal gangs.

With a now-dead president, uncertainty about who has a legitimate claim to power, and with the backdrop of Haiti’s long-term poverty, the country is on the brink of total disaster.

So what’s a parish priest to do? We talked with one to find out.

Fr. Louis Merosne, rector of the Cathedral of St. Anne in Anse-à-Veau, talked with The Pillar about the state of affairs in his country, and where he sees God in the midst of tragedy.

Here are some excerpts:

So spiritually, the question might be: ‘God, where are you? Why do we suffer so much? Why have we been suffering so much?’

Yes indeed, there are different religions in Haiti, including voodoo. But when we look at a country like the U.S. which kills its own babies in the womb every single day by the thousands legally, I don’t know anything that Haiti does that is worse than that. And yet America thrives.

I think it’s a scandal that as brothers and sisters in the Catholic Church —  all over the world, as one big family —  it is scandalous that some members of the family are literally dying of starvation while others are feasting to the point of not knowing what to do with their excess food.

This is not, by the way, to give guilt to any particular person. And I give the benefit of the doubt to my brother and sister Catholics who are in a different situation. This is describing a situation. But it’s scandalous that that is happening.

It means, therefore, we need to be conscious of this fact that it’s happening and we need to feel a sense of urgency and responsibility for our brothers.

And if you want to know more about Fr. Merosne’s ministry, this is the small organization he leads to help bring assistance to the people of his region.

Among the 10 Vatican figures indicted this month for financial crimes is René Brülhart, who served as president of the Financial Information Authority until November 2019. A well-known figure in international banking and security, he is charged with abuse of office by the Vatican prosecutors.

Because Brülhart is so well-respected, his indictment has been a bit of mystery to most Vatican watchers. But we at The Pillar are peeling back the layers of that mystery:

Brülhart’s lawyer confirmed to us that while his client was serving as the head of a Vatican banking intelligence and oversight organization, he also had a contract as a consultant to the Vatican Secretariat of State — the office that is the absolute epicenter of a multi-national financial scandal involving suspect business dealings with the bank overseen by Brülhart’s agency.

Brülhart’s lawyer says that everything is above board. But several Vatican sources tell us there were some shady dealings afoot, and allege that Brülhart’s very lucrative contract with the Secretariat of State was arranged by the now-indicted Cardinal Becciu.

In any case, this seems to be just what Vatican investigators are looking at. Read more here.

Nury Turkel was born in a re-education camp in China during the country’s Cultural Revolution. He was later granted asylum in the United States, and today, he is the first U.S.-educated Uyghur-American lawyer, and vice chair of the U.S. Commission on International Religious Freedom.

He talked with The Pillar about the genocide of the Uyghur people in China.

Here’s Turkel on whether he has hope:

I’m cautiously optimistic. I’m by nature a very optimistic person. The oppressor wants you to be depressed. I refuse to be depressed. I refuse to be dehumanized. I refuse to be mistreated because I’m a free person. I have platforms, I have the brain, I have the mental clarity to speak up. It’s very clear, right versus wrong. This is a very clear case, and we’re dealing with a genocidal action. We’re dealing with a systematic, deliberate religious persecution. Not only in China, all around the world. There’s a hatred towards religious practitioners all around the world.

But at the same time, I’m very positive, very hopeful that people are looking at these issues a little bit more with profound interest, particularly at the governmental level. I deal with Congress, I work with Congress. So listening to the members of Congress from both parties gives me a lot of hope that we might be able to stop this, at least, in this one instance. But the challenges are monumental.

Last Tuesday I told you that for a week, The Pillar would donate the first $10 of every new paid subscription to Aid to the Church in Need — and you responded. We are very close to 150 new paid subscriptions for the week, which means sending $1500 to support the apostolic projects of local Catholics in some of the most distress parts of the world.

Today’s the last day. You can still help us get to 150 new paid subscriptions, and we’ll send a check off to Aid to the Church in Need ASAP.

Some of you have asked how to change from a free subscription to a paid one. Here’s how: Click here, enter your email address, choose a paid option. That should do the trick.

And listen, we really mean this — please don’t feel badly if you can’t pay. The most important thing to us is that you’re here. And if you want, you can pass our work on to your friends:

This is a very short newsletter, because Ed and I are getting set to do a whirlwind of interviews and traveling that, God willing, will be reflected in our reporting over the next few weeks. Please pray for us, and for our wives.

In the meantime, if you’re interested in this kind of thing, here’s a weird 2016 longform story on the international hairstyling championships, why you’ve never heard of them, and why the U.S. doesn’t really win all that much. I bet you’re more interested than you realize.

And in honor of England’s play in the…soccer tournament thing it just played in, here’s a one-minute musical history of all the kings and queens of England:

Pray for us as we pray for you.