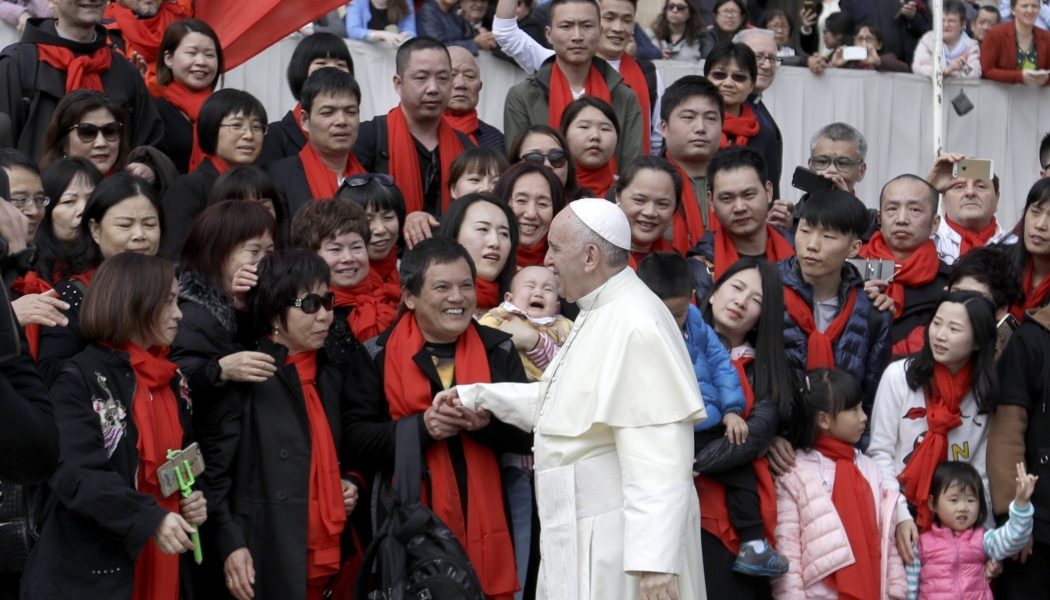 ROME – Almost 75 years ago, Arnold Toynbee described what historians are trying to find as they scour the past in his book Civilization on Trial:

The things that make good headlines are on the surface of the stream of life, and they distract us from the slower, impalpable, imponderable movements that work below the surface and penetrate to the depths. But it’s really these deeper, slower movements that make history, and it is they that stand out huge in retrospect, when the sensational passing events have dwindled, in perspective, to their true proportions.

If ever there was a week on the Vatican beat to perfectly capture that contrast, this has been it. Two storylines are fighting it out to dominate Vatican coverage, and so far it’s no contest: A media frenzy over manipulation and censorship of a few seconds of papal verbiage on civil unions in a new documentary has overwhelmed the Vatican and China renewing their deal on the appointment of bishops for another two years.

Care to guess, 100 years from now, which of those two developments will seem a “sensational passing event” and which a “deeper, slower movement that makes history”? And the kicker is that arguably, both stories reflect the same defining instinct of Pope Francis.

As things stand on Moviegate, it’s now established that a clip from the documentary “Francesco” by Russian filmmaker Evgeny Afineevsky in which the pope talks about legal recognition for “civil co-existence” for gay people actually is drawn from a 2019 interview with Mexican journalist Valentina Alazraki. The relevant portion wasn’t released at the time because the Vatican controlled the cameras and the editing of the tape for Alazraki’s interview, and when it got back to her, the bit on civil unions was gone.

That discovery has led to a series of headlines in Italian papers about the “censoring” of the pope by the Vatican, a practice with a long and distinguished history around here – it’s enough to recall the way L’Osservatore Romano would either ignore or selectively edit comments by St. John XXIII on Vatican II, for instance, to say nothing of the more recent contretemps regarding an effort by the Vatican to pass off part of a letter by Pope Benedict XVI about a new book as the full text.

Obviously, the Vatican is in full damage-control mode. On Thursday the Italian paper Il Fatto Quotidiano published an internal memo sent out to all communications staff, which contained these marching orders: “For now we will not come out with ANY news, either on the radio or the web. There will be nothing on the film or the award today in the Vatican. There’s a review underway to deal with the media crisis going on, and a communication from the Press Office hasn’t been ruled out.”

That was mid-week, and, as of this writing, a statement from the Press Office still hasn’t appeared.

Yet none of this detail honestly matters a great deal at the big-picture level, since Francis already was on record saying he’s not opposed to civil unions. If he were unhappy with the impression he’s now explicitly in favor, he easily could have said so, but his silence is equally eloquent.

On China, on the other hand, the relative lack of reaction probably can be explained by the fact the Vatican has missed no opportunity over the last few weeks to tell us precisely what they wanted, which is a renewal of the deal for two years, and why, including in a recent Crux interview with British Archbishop Paul Gallagher, effectively the Vatican’s foreign minister.

RELATED: Vatican’s top diplomat defends China deal: ‘Something had to be done’

The pact with Beijing, the terms of which still have never been made public, is by far the development with greater long-term consequence.

First, China is a global superpower, and the Vatican’s capacity to influence the global agenda for the rest of the 21st century will rise or fall, in part, on its ability to engage China effectively. Second, Roman Catholicism has a largely decentralized administrative system in which bishops are invested with tremendous latitude, so nothing any pope ever does is as important as deciding who gets the job. When the Church gives away a share of its autonomy in making those choices, the ramifications are potentially mammoth.

In effect, the Vatican rolling the historical dice on China. Despite Rome’s frustrations with the implementation of the deal, abundantly chronicled in the Crux interview with Gallagher, and despite China’s dubious record on human rights and religious freedom, the Vatican is banking that in the long run, having a unified corps of bishops in the country recognized by the pope, over time, will produce a stronger and more stable local church.

At the same time, it’s also gambling that giving Beijing most of what it wants in this deal means continuing the conversation, putting Rome in a position to gradually nudge the Chinese authorities on a variety of fronts.

This, is turn, brings us to the scarlet thread running through both storylines: Pope Francis’s instinct when it comes to deal with morally flawed actors, whether people or nations, is to meet them halfway, hoping that proximity will bring them further down the path.

Whether that will work, either in terms of attitudes and behaviors within either the LGBTQ community or China’s Communist Party, remains to be seen. What we can say with certainty, however, is that those questions, and not what exactly happened in the cutting room of “Francesco,” are the ones future historians are most likely to ponder.