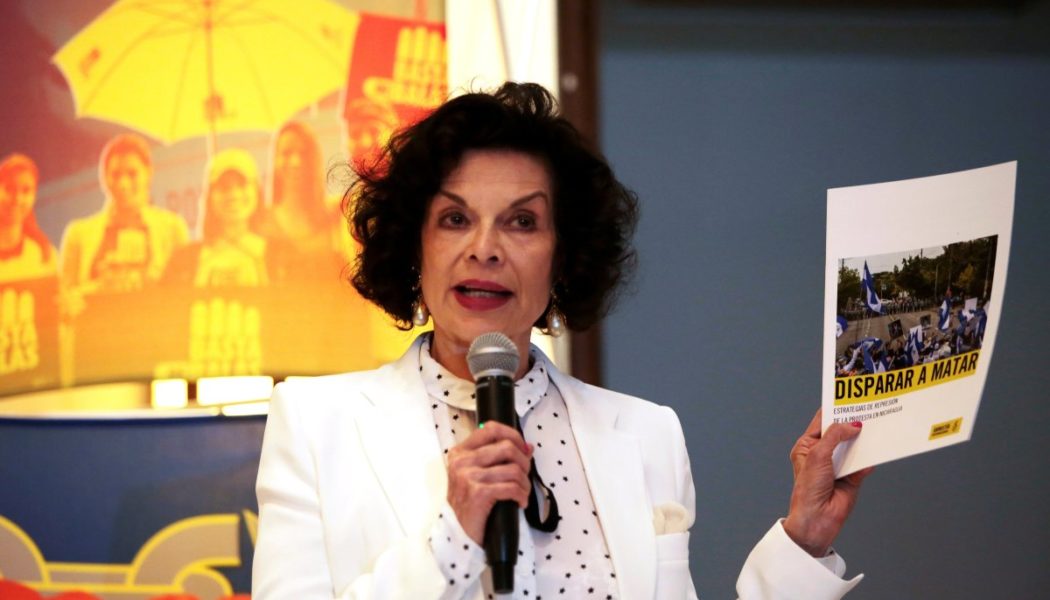 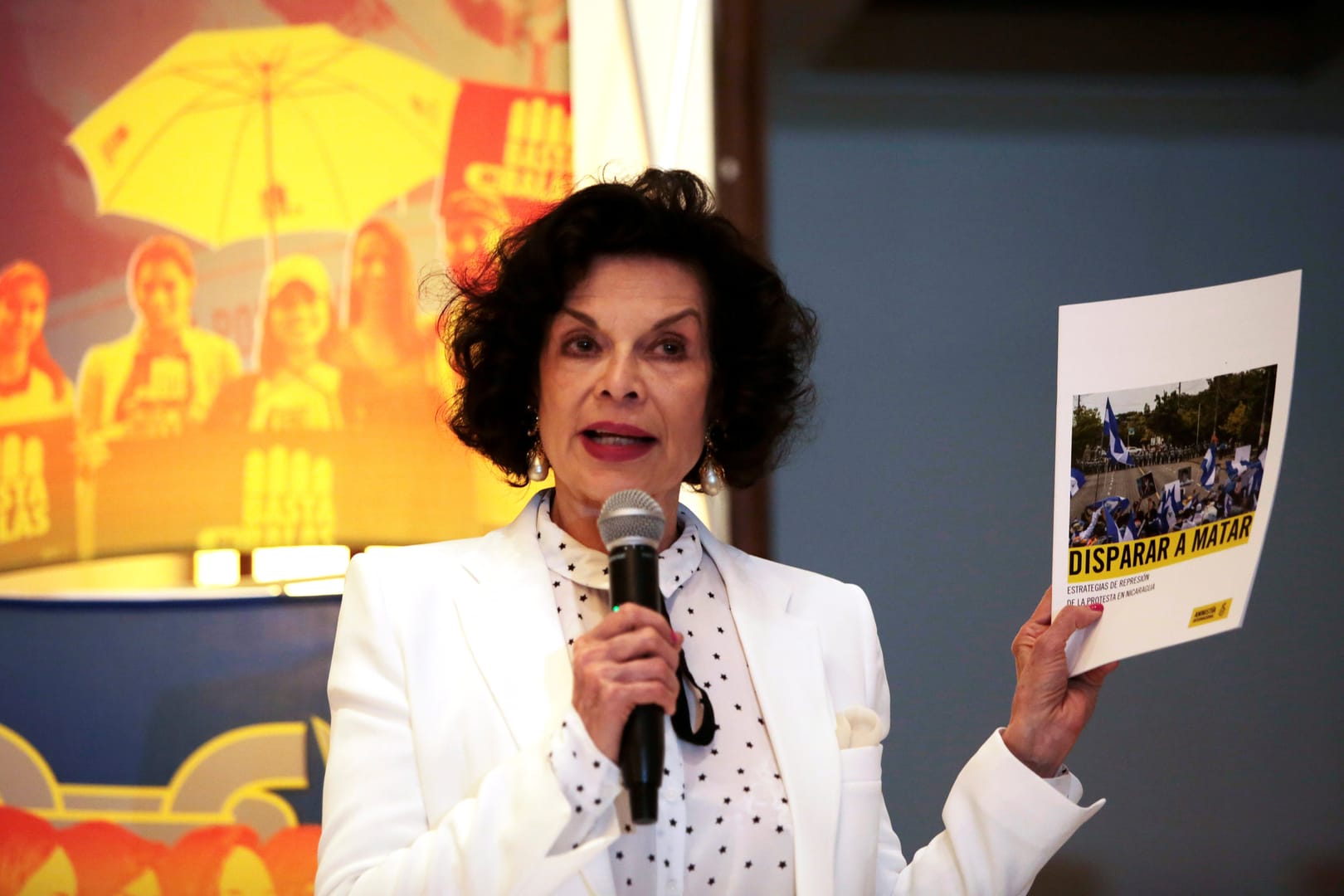 ROME – During the past four years, security forces in Nicaragua have arrested scores of political, business, and media figures opposed to long-time president Daniel Ortega.

In recent months, the crack-down finally caught up with the only remaining opposition: the Catholic Church.

According to Nicaraguan Bianca Jagger, who has been a vocal defender of human rights in the Central American country, Ortega and his wife, Vice President Rosario Murillo, have declared a war on the church.

Bishop Rolando Alvarez of Matagalpa has been under house arrest for 13 days; processions have been banned for “internal safety” reasons; priests have been imprisoned, kidnapped or had their documents seized; and Catholic radios and televisions have been forcibly closed by the government.

Though the clergy continue to speak up in favor of democracy and forgiveness, and condemn oppression and the country’s growing poverty, the pace at which the government is threatening and arresting Catholic priests might mean that resistance to the regime will soon fall almost exclusively in the hands of Nicaraguans living abroad.

Some were forced out by the current regime, as was the case of Managua’s auxiliary Bishop Silvio Baez, while others’ exile dates back decades when they were persecuted either by Ortega’s Sandinista revolution in the 1980s or the Somoza dictatorship it had toppled in 1979. Some simply left the country for personal reasons. This is the case of Jagger.

The founder of the Bianca Jagger Foundation said she believes Ortega has launched a war against the Catholic Church because today the bishops are the “grassroots leaders” and the only ones with “credibility.”

Crux: Why do you think the government is now obsessed with repressing the Catholic Church?

Jagger: The persecution of the Catholic Church is not recent in the regime of Daniel Ortega and Rosario Murillo. The difference is that they are now following a concerted persecution of the church. I think that many Catholics are aware that a very prominent and highly respected bishop in Nicaragua, Silvio Baez, was ordered by the Holy Father out of Nicaragua. And this had a great impact in the country.

The reason why the regime is focusing on people such as Baez or Bishop Rolando Alvarez is the fact that they are highly respected, highly eloquent and courageous individuals, who have the courage to denounce what the government is doing and who stand together with the people of Nicaragua, concerned over the human rights violations and who are men of the people. Especially Alvarez, who is loved by the people and who has been a consistent and a great preacher in the country.

On the one hand, you have Bishop Alvarez who has been kidnapped, being holed up by the government in the curial house with five priests and six lay people, banned from getting out or saying Mass in the cathedral, with people banned from coming in to bring them food and medicine, with his life threatened by the police. On the other hand, you have several priests who have been kidnapped by the police, others who were stopped from going to the cathedral in Matagalpa, and others who have disappeared.

Ortega and Murillo have declared a war against the Catholic Church.

What is more dangerous for Ortega: a bishop under house arrest officiating Mass online, or one in exile?

Daniel Ortega is following in the steps of the dictatorship in Cuba: get rid of anyone who denounces the human rights violations that are being committed; get rid of all the opposition; get rid of all the great leaders of the Catholic Church, all the journalists, and anyone speaking up, from farmers to politicians.

Anyone who has a voice in the country, any grassroots leader, needs to disappear. And the most respected leaders in the country, those who have a voice that is heard, who are eloquent, courageous, credible, are Alvarez and Baez. They are probably the greatest leaders we have in the country. I can’t think of almost any political leader in the country who has more credibility, or who is more articulate, than these two.

Seeing that Nicaragua’s grassroots leaders come from the Catholic Church, are you surprised by the silence from Pope Francis, often dubbed the pope of the peripheries?

I am deeply saddened and concerned, surprised, by the silence of the Holy Father.

Have you tried reaching out to him?

I am writing a letter to him. But I debate on whether what I could say could have any influence. I think that many have written and spoken to him. I have spoken and appealed to him publicly.

In addition to asking him to speak for his church in Nicaragua – the bishops, the priests, the nuns, the faithful – I am appealing to him not to order Bishop Rolando Alvarez to leave the country, not to order him to accept the offer from Rosario Murillo to either give himself up to the police or leave the country.

Getting rid of all the bishops and priests who stand up, who have the courage to stand up, is not the answer. The answer is to intercede, and speak up against the man who has declared a war against the Catholic Church.

Why do you think there has been so little interest over what is happening in Nicaragua?

Living in England, I am shocked by the indifference over what is happening in Nicaragua. Funny enough, I was interviewed by the last newspaper you’d imagine covering Nicaragua – The Daily Mail. Very few in the BBC have given it coverage, and almost none in the other newspapers that should be reporting on this.

The fact that Ortega and Murillo have launched such a violent, brutal, relentless war against the Catholic Church is sort of forcing the media, I don’t understand why, perhaps because Catholic media is now covering this, that secular media feel obliged to report on it.

Do you fear that Ortega’s impunity in oppressing his own people might have a domino effect throughout Latin America?

I have been speaking out to foreign governments about the impact that Daniel Ortega is having by acting with total impunity; the fact that the international community is dragging its feet in imposing effective sanctions against his government; the fact that the world seems indifferent to what is happening in Nicaragua and the relentless oppression and persecution, is having an impact on the way the president of El Salvador is behaving, and that of Guatemala – that is persecution of journalists.