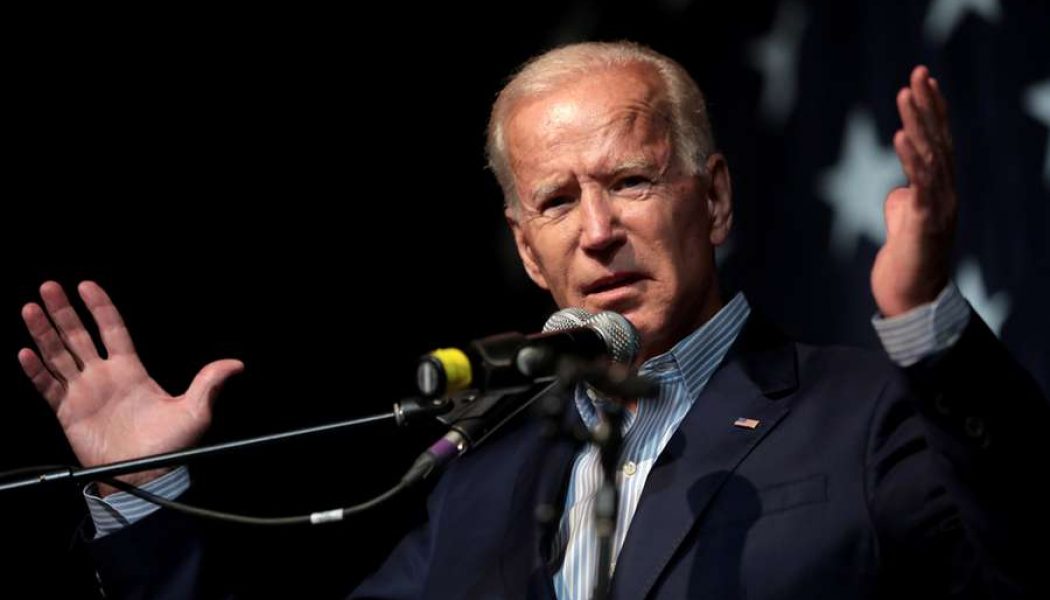 Former vice president Joe Biden, the Democratic Party’s nominee for president, repeated his pledge to codify a right to abortion into federal law should the 1973 Roe v. Wade decision be overturned by the Supreme Court.

Speaking at an outdoor town hall event airing on NBC Monday, Biden was asked what he would do to protect “reproductive health rights” should Judge Amy Coney Barrett be confirmed to the Supreme Court.

“Number one, we don’t know exactly what [Barrett] will do, although the expectation is that she may very well move to overrule Roe, and what the only thing–the only responsible response to that would be to pass legislation making Roe the law of the land,” said Biden. “That’s what I would do.”

After decades of reservations about unrestricted abortion and Roe v. Wade, which he originally said went “too far,” Biden committed during the 2019 Democratic primary contest to enshrining the full extent of the decision into law.

Kirsten Day, executive director of Democrats for Life of America, responded to Biden’s renewed pledge, saying it was “sad to see [Biden] move from recognizing the humanity of preborn children to pledging to make abortion the law of the land if elected.”

“Pro-Life Democrats, we have to mobilize to make sure this does not happen if he is elected,” Day said via Twitter.

President Donald Trump, who is back at the White House following a three-day hospitalization for the coronavirus, encouraged his own supporters to vote against Biden, and against congressional Democrats’ plans to potentially add more seats to the Supreme Court.

On Tuesday, Trump said that “Joe Biden just took a more Liberal position on Roe v. Wade than Elizabeth Warren at her highest.”

Trump also said that Biden “wants to PACK our great United States Supreme Court.” Biden was asked if he would support court-packing were he elected following a Barrett confirmation during the presidential debate last week, he declined to answer.

The president also noted that Biden had endorsed Virginia Gov. Ralph Northam, who sparked controversy in January 2019 after he said that if a baby were sufficiently disabled at birth, it could be “kept comfortable” and might be resuscitated if the mother wished, and there could be a “conversation” between doctors and the mother.

Several states have already passed laws codifying a right to an abortion should the Roe decision be overturned in future. There is no federal law enshrining abortion rights.

The Democratic Party platform has rapidly evolved on abortion rights during the 21st century. As recently as 2004, the platform was calling for abortion to be “Safe, legal, and rare.” The 2020 platform was the first to call for a codification of abortion rights into law, in addition to calls for the repeal of the Hyde Amendment and Mexico City Policy, which limit U.S. tax dollars from funding abortions.

Despite the Church’s absolute condemnation of abortion as the taking of an innocent human life, Biden has frequently touched upon his Catholic faith throughout his campaign, including a series of recent spots on Catholic radio stations.

He has also released ads saying that he was partly inspired to run for president due to an encounter with religious sisters at the Vatican.

In the ad, which was released during the Democratic National Convention, Biden narrated how once, after having a brief meeting with Pope Francis at St. Peter’s Basilica, he departed the church and ran into a group of religious sisters.

These sisters, said Biden in a voiceover, “to me, epitomize everything Pope Francis talked about in his homily and what he stands for. About generosity to other people, about reaching out, about making it a point to understand that we are our brother’s keeper,” said Biden.

Biden said the idea that people have an obligation to look out for one another had been imprinted on him during his Catholic upbringing and “being educated by the nuns.”

“That’s what those lovely women I’m talking to symbolize to me,” said Biden.

Despite that evidently favorable encounter with nuns in Rome, Biden has been quite critical of a religious order in the United States.