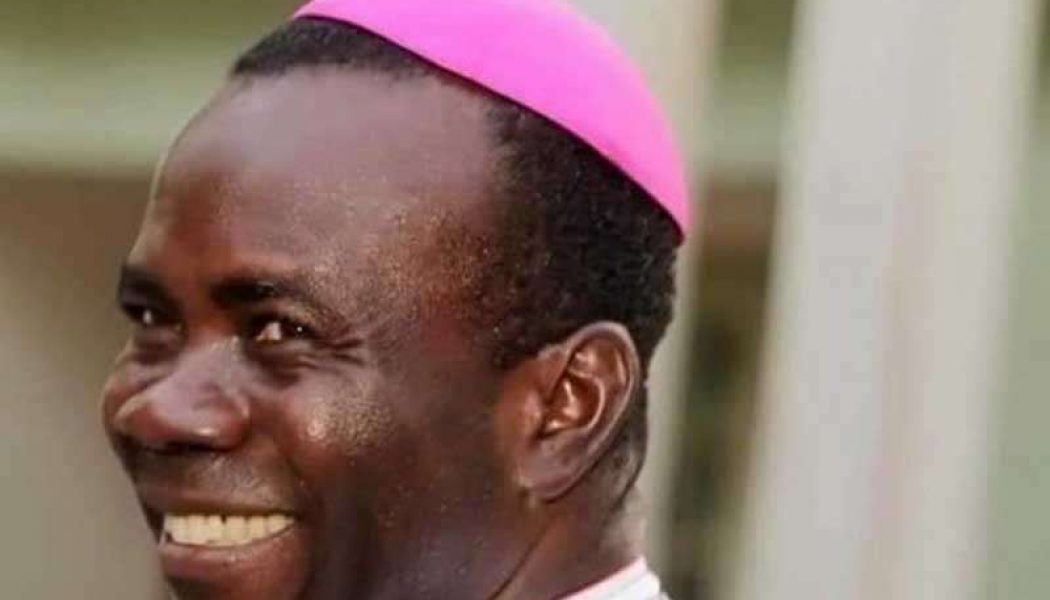 CNA Staff, Jan 1, 2021 / 10:42 pm MT (CNA).- A Catholic bishop in Nigeria, who was kidnapped on Sunday, has been released unharmed, according to the Archdiocese of Owerri.

The diocese, which is in southeastern Nigeria, announced in a social media post late on Jan. 1 that Bishop Moses Chikwe and his driver, Ndubuisi Robert, had been released by their abductors “unhurt and without ransom.”

“More details to come,” the announcement continued. “To GOD be the glory.” The post was accompanied by a photo, with the words “welcome back our beloved Bishop, God heard [the] prayers of his people.”

Chikwe, the auxiliary bishop of Owerri archdiocese, was kidnapped by unidentified gunmen on the evening of Sunday, Dec. 27, in Owerri, the capital of Imo State in southeastern Nigeria.

The website of the Nigerian newspaper The Sun reported that the bishop was kidnapped “alongside his driver in his official car” and that the vehicle “was later returned to Assumpta roundabout, while the occupants were believed to have been taken to an unknown destination.”

The bishops of Nigeria had urged prayer for the 53-year-old Chikwe’s safety and release. Catholics in southern California had also been praying for the bishop’s safe return. Chikwe served for several years as a priest in the Diocese of San Diego, before returning to his country.

Chikwe was ordained a priest on July 6, 1996, in Nigeria, after which he completed his master’s degree in educational administration at Loyola Marymount University in Los Angeles, and his PhD in education at UCLA. Fr. Chikwe served for six years as a priest in residence at St. Joseph’s Cathedral in downtown San Diego and at the V.A. Hospital in La Jolla as chaplain; he also frequently said Mass at St. Mark’s parish in San Marcos, Calif.

He returned to his home diocese where he became director of education and was ordained auxiliary bishop on Dec. 12, 2019.

In a Dec. 29 statement, Archbishop Anthony Obinna of Owerri urged “all Christ’s faithful and people of goodwill” to disregard reports that kidnappers had killed Bishop Chicwe. “This information is unconfirmed, misleading and does not come from the Catholic Archdiocese of Owerri,” he added.

Bishop Chikwe’s abduction is the latest in a series of kidnappings that have targeted clergy in Nigeria, but previous abductions have involved priests and seminarians, not bishops.

Earlier this month, the U.S. State Department listed Nigeria among the worst countries for religious freedom, describing the West African nation as a “country of particular concern (CPC).” This is a formal designation reserved for nations where the worst violations of religious freedom are taking place, the other countries being China, North Korea, and Saudi Arabia.

Size. Technology-related and managed by a group of experts called managed service providers (msps). What rights you have over your data.