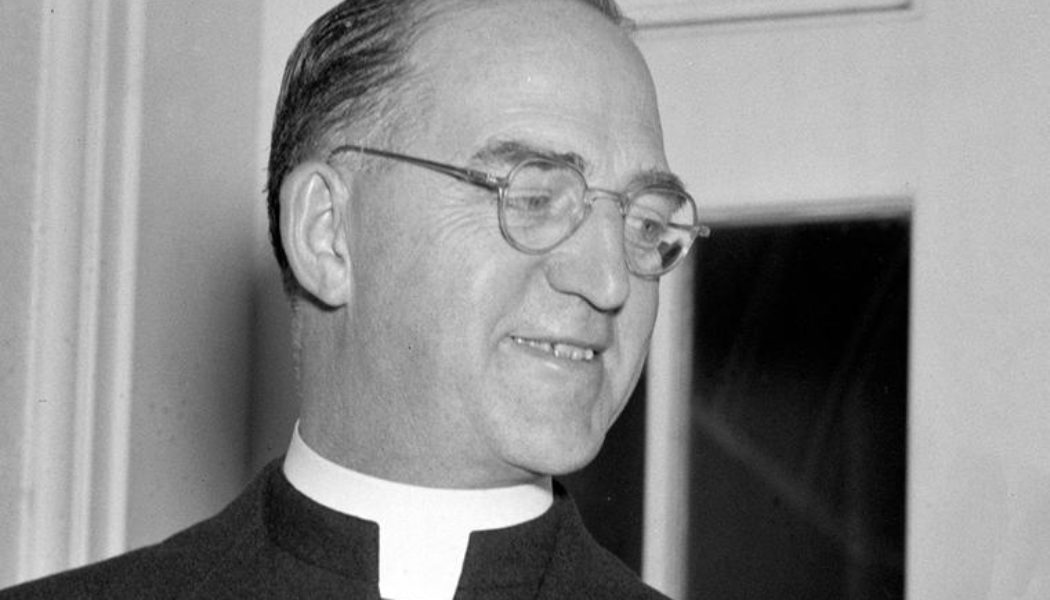 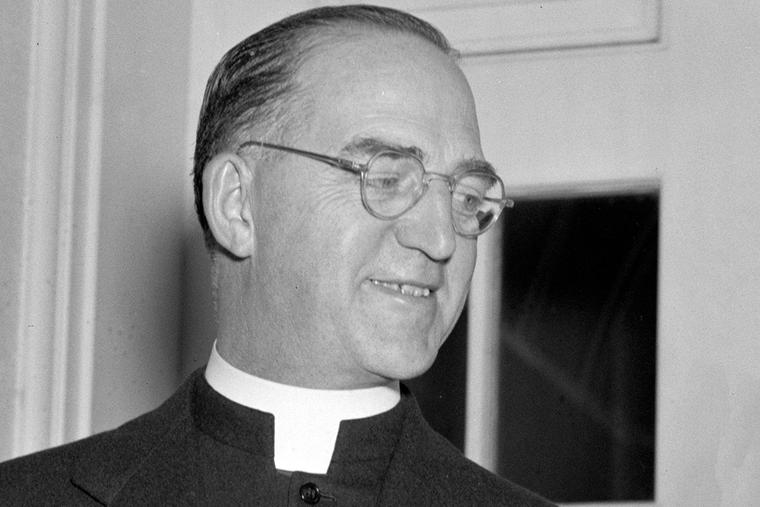 Hundreds of young men fighting in World War II listed the founder of Boys Town, Father Edward Flanagan, as their next of kin. To most of them, he was the only father they ever knew.

The honor no American parent wants is the right to display the Gold Star Service Flag. This distinction is reserved for families of military servicemen who have died in the line of duty and is meant to honor and acknowledge the family’s sacrifice and grief. This somber honor dates back to the First World War when military families displayed service flags featuring a blue star for every immediate family member serving in the Armed Forces. The star’s color would sadly be changed to gold if the family lost a loved one on the battle field.

Less than 1% of the population serves in the military today, compared with the more than 12% that served during World War II. We can imagine the common sight back then of Blue Star Service Flags on front lawns across the country. We can also imagine with our mind’s eye how common the sad sight was of the many Gold Star Service Flags there were as well.

There was a tremendous spirit of deference and gratitude showed to Gold Star Families during that conflict, and to the parents in particular. In 1945, one father received a special service flag from the City of Baltimore in a grand ceremony. This flag wasn’t quite like the others. It had a blue star with the number 800 written within it, and below was a gold star with the number 35. The flag was given in commemoration of the 800 sons this father had in service during the Second World War and the 35 who had made the ultimate sacrifice.

The priest is a spiritual father to the many souls entrusted to his care. But the founder of Boys Town, Father Edward Flanagan, is unique. In providing a loving home for downtrodden boys he was more than their spiritual father. For most of them, he was the only father they ever knew. Many of these boys who grew up under his care would join the military during the height of World War II. So many former Boys Town residents named Father Flanagan as their next of kin that the American War Dads Association honored him with a plaque declaring him “America’s No. 1 War Dad.”

The remarkable story of how this distinction was given to of all people, a celibate Catholic priest, began when a young Father Flanagan was serving at a parish in Omaha shortly after his ordination. He quickly became a familiar figure to the many homeless boys of the city, offering them food, shelter and support. He developed a remarkable sympathy for these young boys who would drift into crime in a futile attempt to escape their misery. The courts couldn’t care for them all and most just shuffled through the system ending up back on the streets bound to commit the same offenses. “There’s no such thing as a bad boy,” Father Flanagan would often say, “Only bad environment, bad training, bad example and bad thinking.” He believed troubled boys didn’t need institutions such as orphanages or jails but rather love, a home, an education and a trade.

With this conviction, he established Boys Town on an expansive farm 10 miles west of Omaha. Hundreds came —orphans, runaways and boys from poor families incapable of feeding or caring for them. By 1936 it would grow to become its own village, incorporated as a municipality of the State of Nebraska. It had its own boy-mayor, school, chapel, post office, cottages and plenty of other facilities where any boy, regardless of race or creed, between the ages of 10 and 16, could receive an education and learn a trade. Father Flanagan was emphatic from the very beginning that Boys Town was not an orphanage but a home and a school. He begged the courts to send boys to him rather than committing them to institutions where they became hardened in their troubled ways just to be returned to the street. Under his direction Boys Town continued to grow and today, 100 years after its founding, it now has locations across the country helping thousands of children and families.

During his remarkable life, two events really endeared Father Flanagan to the American public. The first came in 1938 when Hollywood recognized the compelling nature of his work and made a film out of it featuring two of the biggest stars of the day, Mickey Rooney and Spencer Tracy. Boys Town became a phenomenal hit, selling out theaters across the country. For his portrayal of Father Flanagan, Tracey would go on to win the Academy Award for Best Actor, which he donated to Boys Town, where it remains on display today.

The other key event was the Second World War.

Japan’s surprise attack on Pearl Harbor on Dec. 7, 1941, left the nation stunned and grieving. It was an especially sad day for Father Flanagan. Among the 2,000 killed, three once called Boys Town home: William Debbs and George Thomson on the USS Arizona and Donald Monroe on the USS Oklahoma.

That same day, Father Flanagan had to quell the emotions of the entire senior class crowding into his office demanding permission to go fight in the war. The mayor of Boys Town that year happened to be a native of Honolulu and he rallied the rest of his classmates to go and defend his home state. All were still too young to enlist. Father Flanagan had to convince them to settle down, get their diplomas and in the meantime, to dedicate their prayers for the safety of the many former citizens of Boys Town currently serving in uniform who no doubt would find themselves on the battlefield in short order.

Father Flanagan’s attachment to each of his boys was real and personal. He had known most of them since they were 10 and had watched them grow, learn and graduate. Though he instilled in them a tremendous sense of patriotism and love of country, it was difficult to see so many of them go off to war scarcely out of their teens. Three former residents were lost in the very first day of the war at Pearl Harbor. With hundreds of them fighting in both Europe and the Pacific, Father Flanagan knew more were sure to follow.

While his boys were fighting bravely on the front lines, Father Flanagan was sure to do all he could to supported the war effort on the home front. He maintained a written correspondence with many of his boys serving abroad. He traveled the country encouraging the sales of war bonds and visited U.S. bases to boost morale. With so many fathers called away from their families to fight in the war, he also spoke to several groups raising awareness to the plight of the many children left in struggling single-parent homes. Some youngsters were going hungry while others had to drop out of school for work in order to help their mothers make ends meet.

On the 25th anniversary of Boys Town’s founding, President Roosevelt acknowledged its contribution to the war effort in a letter addressed to Father Flanagan:

“In innumerable ways the value of your work has been demonstrated during the past twenty-five years, but in no respect more than in the splendid contribution being made by former young citizens of Boys Town now serving so valiantly in the country’s armed forces.”

One of these was Vernon Baker, who arrived at Boys Town at the age of 10. In 1941 he joined the army and fought alongside fellow African Americans in the 92nd Infantry Division. For his heroic service in Italy he earned a Purple Heart, a Bronze Star, the Distinguished Service Cross and the Medal of Honor.

During the war years, Father Flanagan would be seen beginning his day in the chapel as early as four in the morning. The tragic losses adding up weighed heavily upon him. In a letter to the mother of one of his boys killed in combat he wrote:

“I know something about loss. Boys Town has lost 19 wonderful boys and perhaps you may think these boys are not as close to me as they would be to a natural father. They are very close and I feel the loss of each and every one deeply.”

When the war finally ended in August 1945, 800 former Boys Town citizens served in the U.S. military during the great conflict. A staggering total of 40 of them made the ultimate sacrifice. The hundreds of letters sent to Father Flanagan from his boys serving in uniform across the globe make for some deeply moving reading. It is clear from these letters that when they would address him as “Father” they meant it in the most meaningful sense of the word.