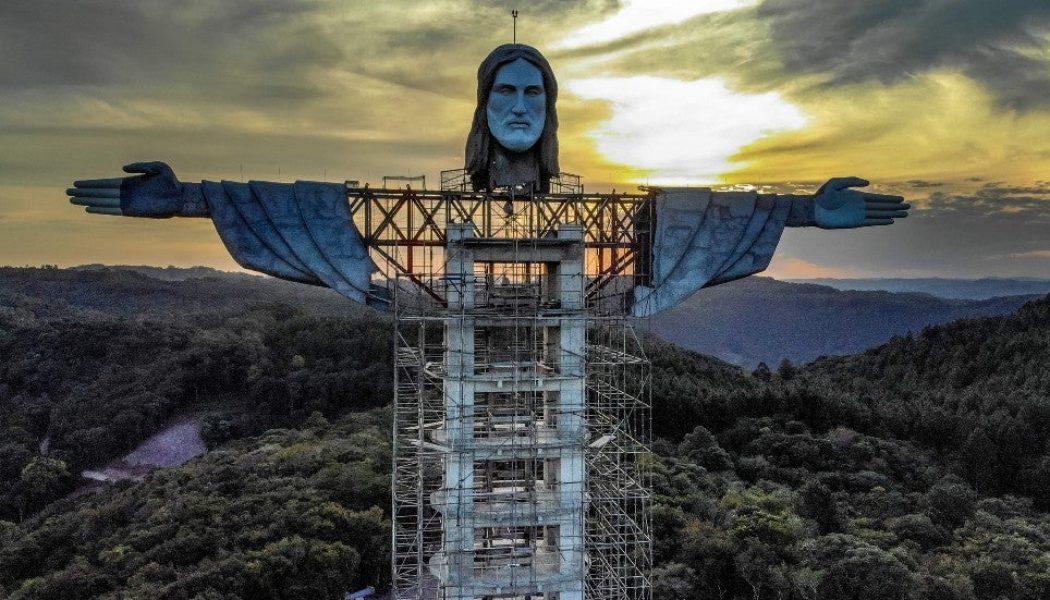 Officials in the Brazilian city of Encantado have embarked on the construction of a statue of Jesus set to be roughly 16 feet taller than the famous Christ the Redeemer statue that has overlooked Rio de Janeiro for decades.

CNN reported Monday that a Brazilian organization called the Friends of Christ Association is leading the project in southern Brazil, which has already begun the construction of a 141-foot-tall statue of Jesus Christ with outstretched arms like the Cristo Redentor statue.

The new statue is set to be titled Christ the Protector and will be the third-tallest statue of Jesus in the world following a 172-foot statue in Poland and a massive 253-foot statue being built in Mexico.

The goal of the project, which is being funded by individual and corporate donations, is to boost the region’s tourism industry, according to CNN.

Tourists who visit the completed project will be able to take an elevator up to a glass lookout in the statue’s torso where pictures can be taken, the project’s supervisor told the news network.

The statue’s head and arms were attached earlier this month, and the project is set to conclude by the end of the year. Construction for the project began in 2019.