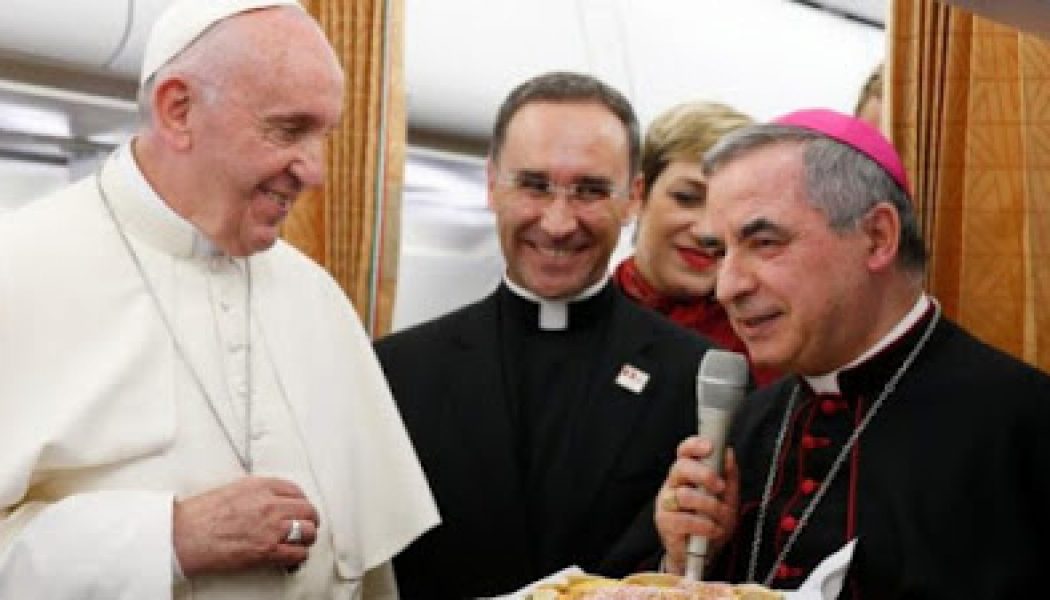 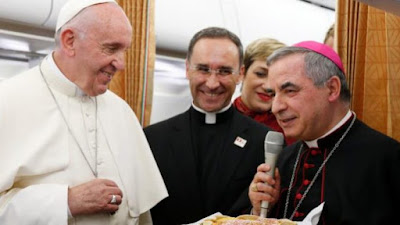 In a 2016 interview with his hometown paper, Pope Francis told La Nación one key to his governing style:

Yet now, the pontiff has done just that, effectively stripping one of his inner circle of the red hat in stunning, dramatic fashion.

At 8pm Thursday in Rome, the Holy See Press Office slipped out a very late, one-sentence addendum to the noontime Bollettino, stating that Francis had “accepted the resignation of the office of Prefect of the Congregation for the Causes of Saints and of the rights connected to the Cardinalate presented by His Eminence Cardinal Giovanni Angelo Becciu.”

Unaccompanied by any explanation – and likened by many to either a “lightning bolt” or an “earthquake” – what the announcement lacked in length, it made up for in impact… and, at least at first, a flood of unanswered questions.

In modern times, three other men have either been forced to renounce either the prerogatives of membership in the papal “Senate” or the rank altogether. In each of those cases – the Austrian Hans Hermann Groer in 1998, the Scotsman Keith O’Brien in 2015 and, in 2018, the American Theodore McCarrick – the move was taken after multiple allegations of sexual abuse were levied against each.

That is not the case here: in a first, Becciu’s ouster owes itself to financial misconduct, which in itself creates a monster of a precedent for an institution that’s seen its share of fiscal scandal at very high levels. Yet just as much, while the prior trio of de facto ex-cardinals were figures in the distant trenches (albeit prominent ones in their respective countries), this time, Francis moved on a key Vatican figure in a way not seen in memory, exiling Becciu not just from his Roman office, but a seat in the next Conclave. 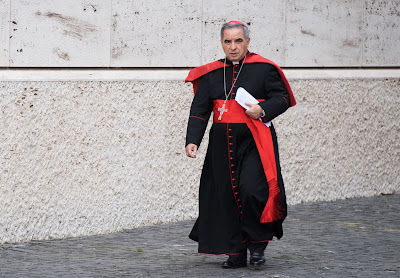 A lifer in papal diplomacy, the Sardinian-born prelate was brought to the pinnacle of the Vatican by Benedict XVI, who named him Sostituto of the Secretariat of State (effectively the Holy See’s “chief of staff”) in 2011, after a brief but formidable stint as Nuncio to Cuba. Upon Francis’ election two years later, Becciu’s combination of background and skill won a quick admirer in the new Pope, who famously crashed a lunch at his aide’s apartment on his first Holy Thursday in office, having learned that the then-archbishop was hosting rank-and-file parish priests.

Accordingly, while Papa Bergoglio took less than six months to replace Benedict’s “Vice-Pope,” Cardinal Tarcisio Bertone, at the Secretariat’s helm, Becciu remained atop the power structure alongside Francis and Cardinal Pietro Parolin past the pontificate’s five-year mark, going to the saint-making office in 2018 with the post’s traditional red hat. Before departing, however, his prior experience had helped the pontiff rack up two legacy-defining achievements – thanks to his time in Cuba and its resulting contacts, Becciu played a role in brokering what became the US’ watershed 2014 “opening” to the Communist-run island under President Barack Obama, as well as securing Havana as the site of the first-ever meeting between a Roman pontiff and the patriarch of the Russian Orthodox Church in 2016, the latter a coveted ecumenical goal of the Popes for over a half-century.

While most outside guessing in the wake of Thursday’s move focused on long-simmering rumblings over Becciu’s potential role in an investment of over €100 million (US$116 million) of Vatican funds into a high-end apartment building in London (dubbed the “palace of luxury” in the Italian press), only after the announcement did the ostensible cause surface, as the Italian outlet L’Espresso – the Sunday magazine of the country’s largest newspaper, the leftist La Repubblica – revealed that this weekend’s edition would allege a “real and proper method” of financial corruption on the part of the cardinal. Among the claims: Becciu’s authorization of spending from the Holy See’s charitable accounts (most pointedly, the Peter’s Pence collection from the world’s faithful) for speculative investments, among them with entities involving his brothers. (As a point of context, it bears noting that Francis himself is close to the leadership of La Repubblica, above all the paper’s co-founder and longtime editor, the atheist Eugenio Scalfari, whose multiple, loosely-constructed interviews with the Pope have garnered fury among church conservatives.)

Adding to the furore, barely 12 hours after telling a handful of reporters that he “prefer[red] silence” in the wake of Francis’ decision, Becciu abruptly changed tack Friday morning, holding a press conference to profess his innocence and reaffirm his “confidence” in the Pope.

According to Italian reports, the cardinal thought he was going to a standard 6pm audience to present Francis with decrees on causes of canonization when, Becciu said today, the Pope told him “that he no longer trusts me.”

“I felt a little dazed,” Becciu said. “Until 6.02, I thought I was his friend, a faithful executor for the Pope…. I don’t think I’m corrupt.”

In light of “the good done” over his years of service, the cardinal added that Francis had permitted him to keep his Vatican apartment.

Again, the sweeping nature of the move itself doesn’t mean we’ve heard the entirety of what’s happened. At least, not yet.

Even as the effective “decapitation” of a cardinal is among the most potent tools in a Pope’s arsenal of clerical punishment, it remains to be seen whether Becciu will face charges in Vatican City’s justice system, or if Francis – the sovereign of the city-state – will see the cardinal’s exile as having sent enough of a message. Just as much, given years of claims surrounding abuse of resources by other top prelates, the million-dollar question is whether this is a one-off penalty, or something the pontiff will see fit to extend to other egregious instances.

Either way, as the closest analog to Becciu – the Chicago-born Archbishop Paul Marcinkus, hounded by a long trail of seedy allegations from the Vatican’s banking scandals of the 1970s and ’80s – was permitted to depart Rome for a golf course in Arizona and live a quiet, un-punished life for some two decades until his 2006 death, yesterday’s move makes for a sizable game-changer on one of the Curia’s keenest weak-spots, and arguably signals a turning point in Francis’ pontificate halfway through its eighth year.

While Becciu retains the title of cardinal, his renunciation of “the rights connected to it” goes well beyond a vote in an eventual Conclave, which he would’ve enjoyed through 2028.

As the pontiff’s principal advisers – and given the sensitive missions on which they’re often sent – the members of the College enjoy universal faculties in the law (in other words, they are not subject to a local bishop when traveling and ministering), as well as the prerogatives to advise the Pope and collaborate with him in the universal governance of the church, whether as a group in consistories or through their membership of the dicasteries of the Roman Curia. All that said, as the move on Becciu did not include the imposition of sanctions upon his ministry as priest and bishop, he may celebrate Mass and the sacraments publicly without any issue.

In that light, the cardinal’s ouster has significantly complicated at least one top-level coming event – on 31 October, Becciu was slated to be in Hartford, presiding in his role as Saints Czar at the Beatification Mass of Fr Michael McGivney, the Connecticut-born founder of the Knights of Columbus.

With his departure from the post, another figure must now be tapped as papal legate to lead the rites. As of press-time, no developments have emerged in light of the sudden change.