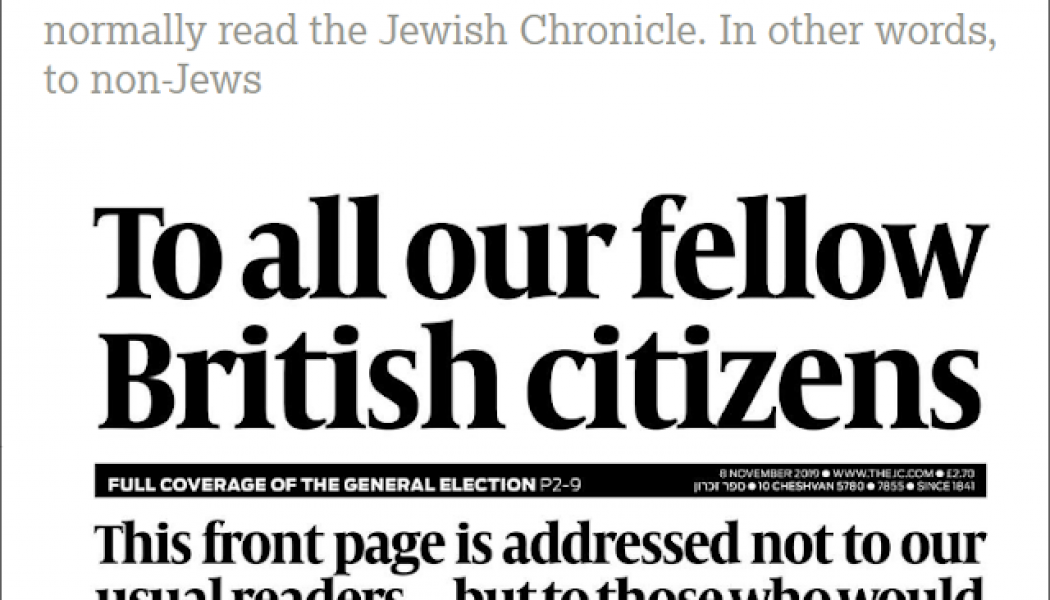 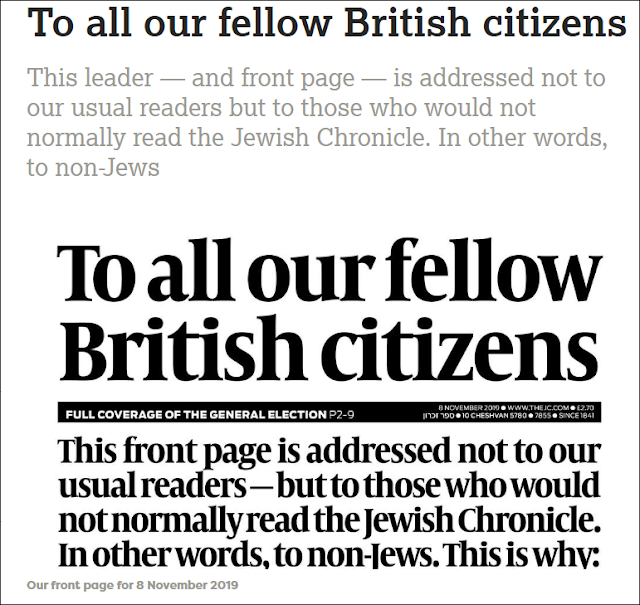 “Putting oneself in the shoes of another person, or another group can be difficult. But we believe it is important—and urgent—that you do that,” the paper said, citing a recent poll that found 87 per cent of British Jews consider Labour Party leader Jeremy Corbyn to be an anti-Semite.

“Throughout his career, he has allied with and supported antisemites such as Paul Eisen, Stephen Sizer and Raed Salah. He has described organisations like Hamas, whose founding charter commits it to the extermination of every Jew on the planet, as his ‘friends.’ He has laid a wreath to honour terrorists who have murdered Jews. He has insulted “Zionists”—the word used by antisemites when they mean ‘Jew’ because they think it allows them to get away with it—as lacking understanding of ‘English irony.’ ”

That is why we are seeking your attention. If this man is chosen as our next prime minister, the message will be stark,” the editorial concluded. 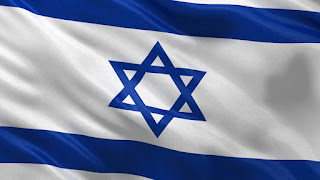 Ian Austin, who left the party in February over claims that it failed to do enough to tackle anti-Semitism, said in an interview with BBC Radio 4 on Thursday, “I think Jeremy Corbyn is completely unfit to lead our country. Completely unfit to lead the Labour Party. … It’s really come to something when I tell decent, traditional, patriotic Labour voters that they should be voting for Boris Johnson in this election. I can’t believe it’s come to this, but that’s where we are.”

Austin also said Corbyn “always picks our country’s enemies” to side with, adding that the Labour Party has “been poisoned with anti-Jewish racism under his leadership and it is a complete and utter disgrace.”

Former Labour MP John Woodcock expressed the same sentiments by saying, “The choice to keep Jeremy Corbyn away from Downing Street, to stop him getting his hands on the levers of national security and defence, has to be to vote Conservative in this election, and that’s what I’ll be doing as well.”

One day earlier, Labour MP Tom Watson announced his resignation as the party’s deputy leader, a decision that the Jewish Labour Movement called “shocking and saddening” since Watson was “a strong ally in the fight against anti-Semitism in the Labour Party.”