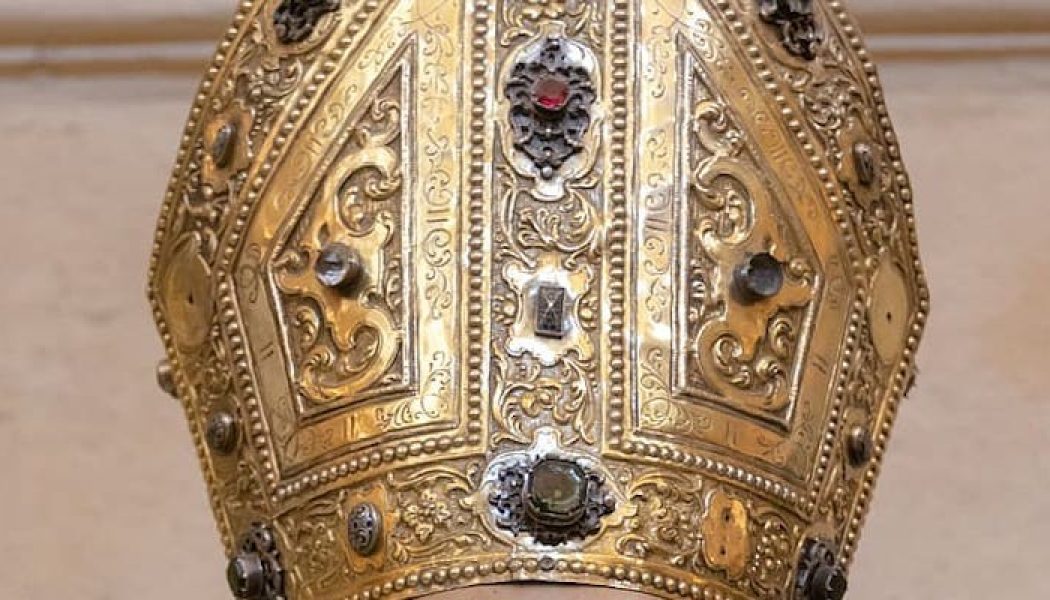 A small but intense drama unfolded last week in the Catholic Diocese of Richmond, Virginia. Thanks largely to the graciousness of the Episcopal Diocese of Southern Virginia, the matter was resolved in the least painful way possible. Even so, it warrants a few words of reflection.

The Episcopal diocese was seeking a large, convenient venue for the upcoming consecration of Rev. Susan Haynes as bishop. The diocese asked for permission to use the spacious parish of St. Bede Catholic Church in Williamsburg for the rites. The parish pastor and the Catholic bishop of Richmond, Barry Knestout, granted permission. This sparked a backlash from many lay Catholics, who were distraught by the news that a Catholic parish planned to host the consecration of an Episcopalian bishop (a woman, as it happened, though that fact was mostly a distraction in this case). After a few days of increasing Catholic institutional embarrassment, the Episcopalians canceled their plans and found another site for the ceremony. Two points suggest themselves.

First, the remarkably effective lay opposition was formed almost entirely via social media, and was covered mostly by alternative Catholic news sites. In other words, this drama was largely driven by forces in cyberspace. At some point Catholic leadership simply must begin to appreciate this new reality.

Second, and more important for Catholic life, the pastor of St. Bede and the bishop of Richmond had consulted Church law in this matter, and their decision was based on a reasonable reading of the relevant provisions of Catholic ecumenical and liturgical law. Thus, while pastors and bishops should expect to run afoul of good Church sense whenever they run afoul of Church law, in this case, even following canon law (or a reasonable interpretation thereof) did not suffice to keep Church leaders within the bounds of Catholic common sense. An Episcopalian ordination is the purported conferral of holy orders by a faith community that does not possess them on a recipient ineligible to receive them. By what stretch of ecclesial imagination does it make sense to host such rites in a Catholic church?

When explaining and then defending their decision to make a Catholic church available to the Episcopalians for the ordination, Catholic officials invoked Rome’s 1993 Directory on Ecumenism, nos. 137 and 139, and its 2004 Directory for Pastoral Ministry of Bishops, no. 207. For good measure, Vatican II’s Decree on Ecumenism was mentioned (though it barely addresses the issues in this case) while Canons 1210 and 1220 of the 1983 Code of Canon Law could have been cited but were not. The phrasing of each of these norms allows Catholic pastors and bishops just enough discretionary room to authorize the Catholic hosting of non-Catholic rites such as those the Episcopalians sought. Therein lies the problem.

Framed almost at the level of platitudes, these norms permit non-Catholics to use Catholic worship spaces provided such use serves “the exercise of promotion of worship, piety, or religion” (c. 1210) and is not “inappropriate to the holiness of the place” (c. 1220). The Ecumenical Directory authorizes the non-Catholic use of Catholic holy places provided that the non-Catholics will be “celebrating worthily their religious ceremonies” (n. 137, emphasis added) and merely suggests removal of the Blessed Sacrament (which Knestout had directed).

Clearly, albeit unfortunately for all involved, the provisions are vague and almost naive. As a result, the same guidelines that authorize the use of Catholic sacred spaces by non-Catholics whose rites, by no reasonable interpretation, could be considered offensive to Catholic doctrine (think Protestant preachers proclaiming New Testament passages or Jews praying the Psalms) also allow the Catholic hosting of such rites as Episcopalian ordinations—hosting, as noted above, that sorely tries the bounds of Catholic common sense.

The Catholic pastor and bishop in this case could have declined the Episcopalian request (Church law sets no presumption in favor of permission), but they also could have, and did, plausibly read Church law as authorizing such permission—despite the obvious objections that other Catholics (not always precisely but in general correctly), could and did raise. And the ensuing mess played out painfully in public.

Whenever one law, faced with one set of facts, allows for two contradictory and controversial outcomes, the real problem likely lies not with the officials applying the law, nor with the subjects objecting to its application, but with the law itself.