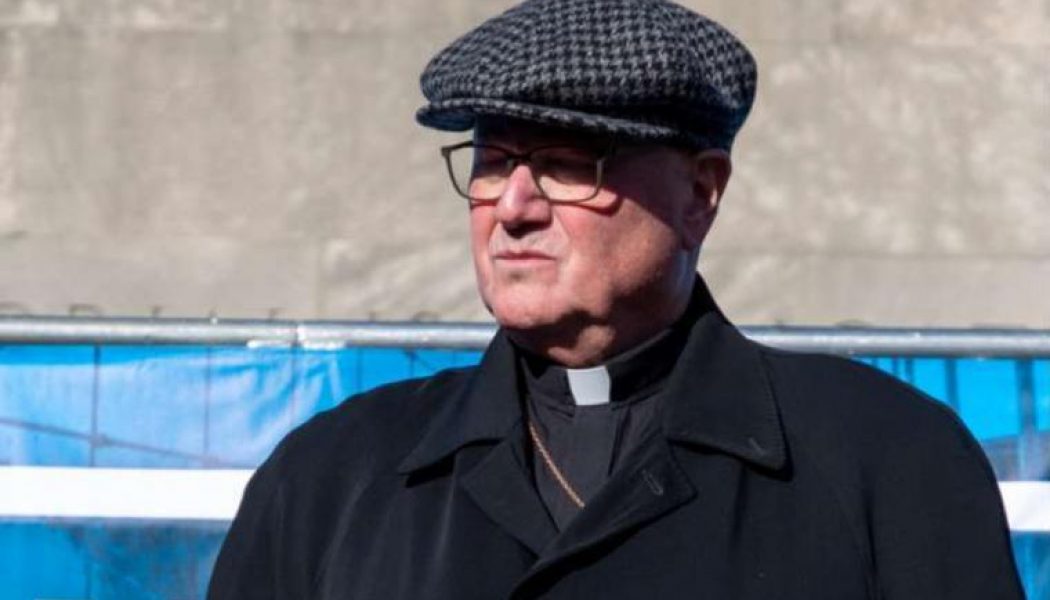 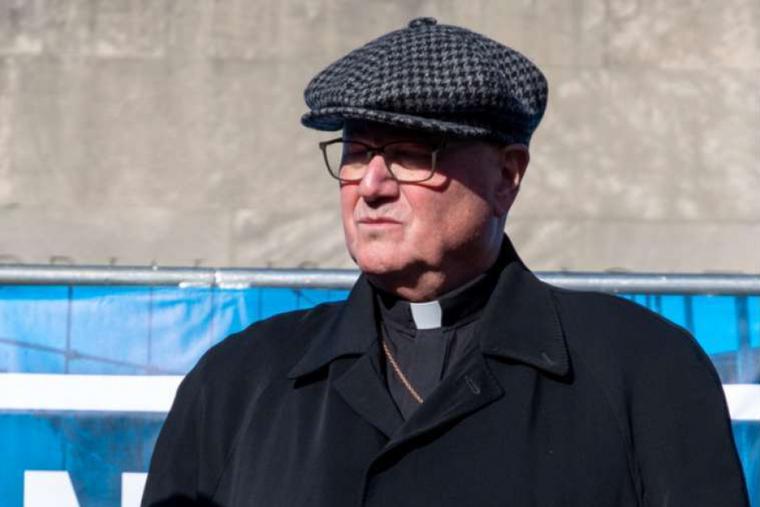 Cardinal Dolan wrote that the cathedral stands for the sacredness of all lives, “as we are all made in God’s image and likeness”, and it also proclaims that “‘black lives matter’ in a dramatic way” through its many ministries that help black and minority men, women and children.

MANHATTAN — Cardinal Timothy Dolan has denounced the defacement of St. Patrick’s Cathedral after protesters spray painted graffiti on its exterior.

Cardinal Dolan said in a January 5 opinion piece in the New York Post that while he had been silent about previous defacements of the cathedral this summer, he decided it was time to speak out, at the behest of some of his parishioners.

“You may recall that a similar outrage occurred last summer amid the sad violence afflicting American cities. At that time, I let it go, figuring I needn’t stoke the embers of anger that were burning throughout our country,” he said.

“Not this time. As a woman from The Bronx e-mailed me to say: ‘Cardinal Dolan, it’s time we learn from our Jewish and Islamic neighbors. A synagogue or mosque is defaced, and they are quick to condemn it. The governor and the mayor would join in. They’re right.’”

“So is she. This attack on Saint Patrick’s was ugly and unlawful.”

The cathedral was defiled Jan. 1 by protesters affiliated with Black Lives Matter Brooklyn and Justice for George, the New York Post reported. Police found the phrase “ACAB,” a derogatory phrase aimed at police, spray painted on the church. Cardinal Dolan wrote that the cathedral stands for the sacredness of all lives, “as we are all made in God’s image and likeness”, and it also proclaims that “‘black lives matter’ in a dramatic way” through its many ministries that help black and minority men, women and children.

“This is more than mere lip service, as we help thousands of black and minority children leave poverty through our acclaimed inner-city schools; as we present minority women the choice of birth for their preborn babies, rather than continue the genocide of unfettered abortion; as we provide ongoing support after birth for both mother and child; as we concentrate on feeding the poor, drug-addiction recovery, assistance to those on parole and health care through our Catholic Charities and Archcare; as we bring the gift of the Sacraments and true community and sustenance to dozens of vibrant but financially struggling parishes in our most challenged areas,” Cardinal Dolan wrote. The cardinal then called on protesters to instead assist those ministries or offer their thanks, rather than defiling the cathedral.

He added that he was also “honored” to be associated with the New York Police Department, who “dedicate themselves to serving all New Yorkers, often risking their own health, safety or even their lives.”

Cardinal Dolan compared the graffitiing protesters to the “Know-Nothings” of the 1850s, “who bragged about their hatred for Catholics, Jews, blacks and immigrants, publicly vowed to burn down what we now call ‘Old Saint Patrick’s Cathedral’ in lower Manhattan.”

“I dare you, replied my predecessor of blessed memory, Archbishop John Hughes: A thousand armed men are protecting our churches. Try it, he dared them. (Spoiler alert: They didn’t dare try it,)” the cardinal wrote. “I’m not about to follow the example of ‘Dagger John,’ although I can well understand his position. No, as Pope Francis and the world’s great religious traditions, including Islam and Judaism and people like Dr. Martin Luther King Jr. and Mahatma Gandhi, teach us, reason, love, dialogue are the way, not guns, firebombs or spray paint. It’s what Jesus taught, too, and he faced far worse than graffiti.”