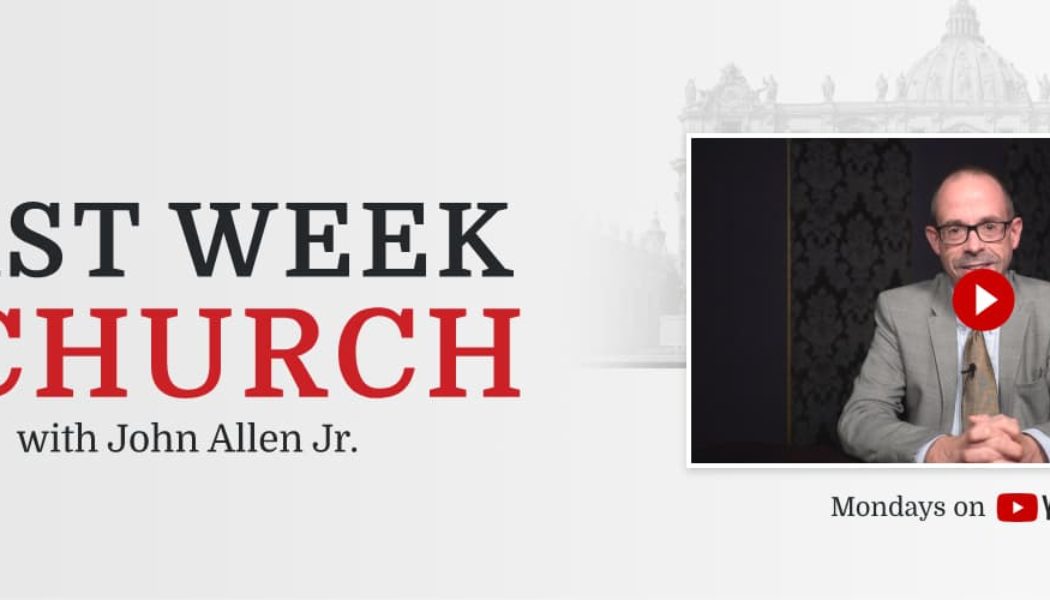 ROME — Cardinal George Pell is enjoying his first Roman spring since being exonerated of sex abuse charges in his native Australia: He receives visitors to his Vatican flat, sips midday Aperol Spritz’s at the outdoor cafe downstairs and keeps up religiously with news of a Holy See financial scandal that he suspected years ago.

Pell, who turns 80 in June, is buoyed by the perks of being a retired Vatican cardinal even as he tries to put back together a life and career that were upended by his criminal trials and 404 days spent in solitary confinement in a Melbourne lockup.

“I’ve become very Italian,” Pell tells a visitor one morning, referring to his daily routine checking coronavirus cases in Italy. “I check the stats every day. But I’m regional: I go immediately to Lazio,” which surrounds Rome.

Pell left his job as prefect of the Vatican’s economy ministry in 2017 to return home to face charges that he sexually molested two 13-year-old choir boys in the sacristy of the Melbourne cathedral in 1996.

After a first jury deadlocked, a second convicted him and he was sentenced to six years in prison. The conviction was upheld on appeal only to be thrown out by Australia’s High Court, which in April 2020 found there was reasonable doubt in the testimony of his lone accuser.

Pell and his supporters strongly denied the charges and believe he was scapegoated for all the crimes of the Australian Catholic Church’s botched response to clergy sexual abuse. Yet victims and critics say Pell epitomizes everything wrong with how the church has dealt with the sex abuse problem and have denounced his exoneration.

Pell spoke to The Associated Press ahead of the U.S. release of the second volume of his jailhouse memoir, Prison Journal, Volume 2, chronicling the middle four months of his term. The book charts his emotional low after the appeals court upheld his initial conviction, and ends with a sign of hope after Australia’s High Court agreed to hear his case.

“Looking back, I was probably excessively optimistic that I’d get bail,” Pell says now, crediting his “glass half-full” attitude to his Christian faith.

Pell still has many detractors — he freely uses the term “enemies” — who think him guilty. But in Rome, even many of his critics believed in his innocence, and since returning in September he has enjoyed a well-publicized papal audience and participates regularly in Vatican events.

Pell had returned to Rome to clean out his apartment, intending to make Sydney his permanent home.

But he never left. As Italy’s COVID-19 resurgence hit, Pell spent the winter watching as the scandal over Vatican corruption and incompetence that he tried to uncover as Pope Francis’s finance czar exploded publicly in ways he admits he never saw coming.

For the three years that Pell was in charge of the Vatican’s finances, he tried to get a handle on just how much money the Secretariat of State had in its asset portfolio, what its investments were and what it did with the tens of millions of dollars in donations to the pope from the faithful.

He largely failed, as his nemesis in the Secretariat of State, Cardinal Angelo Becciu, blocked his efforts to impose international accounting and auditing standards. But now Becciu has been sacked, Francis has stripped the secretariat of its ability to manage the money and Vatican prosecutors are investigating the office’s 350 million euro investment in a London real estate venture.

No indictments have been handed down after two years of investigation. But in court documents, prosecutors have accused an Italian broker involved in the London deal of trying to extort the Holy See of 15 million euros in fees, and they have accused a handful of Vatican officials of involvement.

Those same court documents, however, have made clear the entire venture was approved by top officials in the Secretariat of State, and witnesses say Francis himself approved a “just” compensation for the broker. Yet only low-ranking Vatican officials and external businessmen are known to be under investigation.

Pell said he is heartened that Vatican prosecutors are on the case, given the tens of millions of euros that were lost in the deal. But he expressed concerns about possible problems in the investigation and wondered if the truth will ever come out.

He noted a British judge recently issued a devastating ruling against the Vatican in a related asset seizure case against the broker, Gianluigi Torzi. The judge said Vatican prosecutors had made “appalling” omissions and misrepresentations in their request for judicial assistance, and his ruling essentially dismantled much of their case against Torzi.

“He used the word ‘appalling’ about the level of competence,” Pell said. The issues flagged in the British ruling are “a matter for concern,” said Pell, for whom matters of due process are particularly dear.

“It’s a matter of basic competence and justice,” Pell said. “We must act within the norms of justice.”