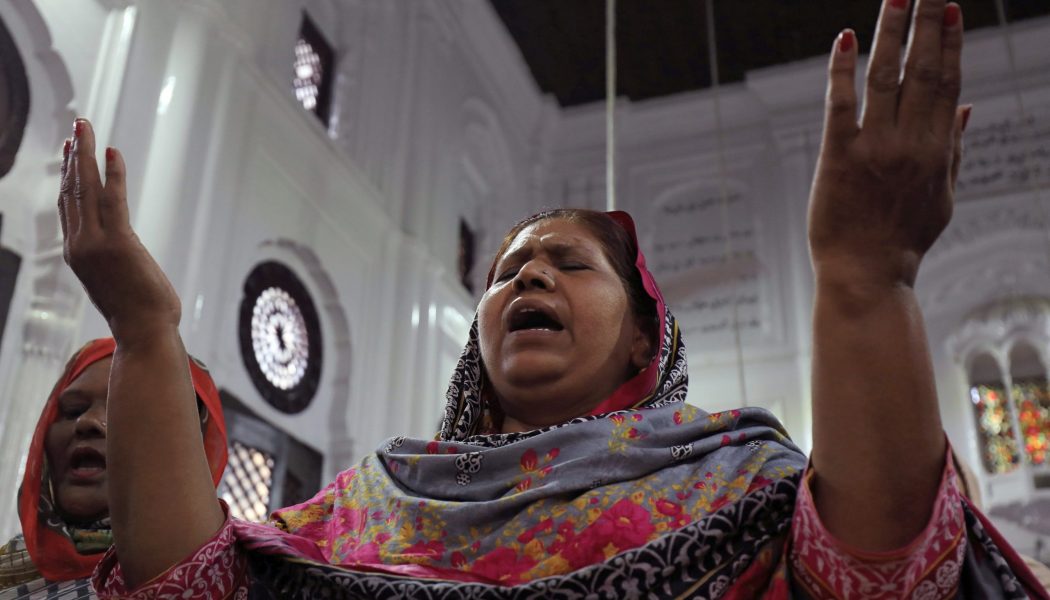 MUMBAI, India – Catholic leaders in Pakistan are demanding the government “take serious notice” of the kidnapping and forced conversion and marriage of a Christian girl in Karachi earlier this month.

Arzoo Masih, 13, was taken from outside her home on Oct. 13 by Ali Azhar, 44, a local Muslim man. Her parents immediately filed a kidnapping complaint with the local police, but two days later the police told them their daughter had converted to Islam and married the man. The police also claimed the girl was 18.

Although civil and Church documents proved the girl was 13 and a student in the 6th grade, the High Court of Sindh sided with Azhar, and ordered that no arrests be made in the case.

“Unfortunately, Pakistani society has become increasing intolerant and living as a religious minority is becoming extremely challenging,” said a statement from the by the National Commission for Justice and Peace (NCJP), an agency of Pakistan’s Catholic bishops’ conference.

“Arzoo’s case is a reported one while there are many such incidents that do not get reported. Arzoo’s family has produced her government birth certificate that proves she is 13 years old and that the marriage to Azhar violates the Sindh Child Marriage Restraint Act,” the statement continues.

The commission then demanded that “the government take serious notice of this incident that has angered and upset the entire Christian community in Pakistan.”

Archbishop Joseph Arshad of Islamabad-Rawalpindi, the president of the bishops’ conference, condemned the kidnapping.

“Forced conversions are too easily and too often disguised as voluntary conversions, leaving minor girls especially vulnerable,” he said, adding the government must work to stop such incidents.

“It is the responsibility of the state to legislate to protect its citizens, especially minor girls,” Arshad said.

“The ugly reality of forced conversions is that they are not seen as a crime, much less as a problem that should concern majority in Pakistan,” the priest said.

“We cannot allow our children and girls to be taken away from us, forcibly converted and married. A bill against forced conversions was introduced back in 2016 in the Sindh Provincial Assembly which has not been passed yet. The government must work to safeguard the rights of religious minorities in Pakistan as enshrined in our constitution,” Yousaf added.

Over 96 percent of Pakistan’s population is Muslim, with Hindus making up about 1.85 percent of the population and Christians accounting for 1.6 percent.

According to a 2014 report by the Movement for Solidarity and Peace, a human rights NGO, between 100-700 Christian girls are forced to convert and marry a Muslim each year in Pakistan. The same report said around 300 Hindu girls suffer the same fate:

“Cases for forced marriages and conversions can be distinguished by a specific pattern or process: Christian girls — usually between the ages of 12 and 25 — are abducted, converted to Islam, and married to the abductor or third party. The victim’s family usually files a First Information Report (FIR) for abduction or rape with the local police station. The abductor, on behalf of the victim girl, files a counter FIR, accusing the Christian family of harassing the willfully converted and married girl, and for conspiring to convert the girl back to Christianity. Upon production in the courts or before the magistrate, the victim girl is asked to testify whether she converted and married of her own free will or if she was abducted. In most cases, the girl remains in custody of the abductor while judicial proceedings are carried out. Upon the girl’s pronouncement that she willfully converted and consented to the marriage, the case is settled without relief for the family. Once in the custody of the abductor, the victim girl may be subjected to sexual violence, rape, forced prostitution, human trafficking and sale, or other domestic abuse.”

“Unfortunately, the number of cases in Pakistan of forced marriages and converting to Islam involving minority and underage girls is large,” the bishop told Crux.

“The Christian community in Pakistan is sad and appealing to the government to take action against this forceful conversion,” he said.