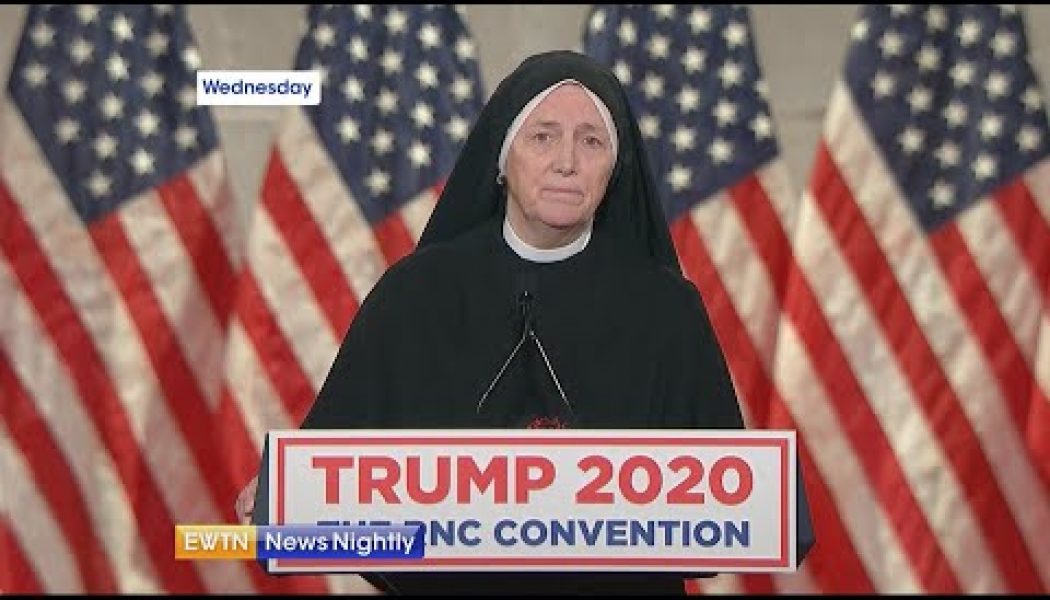 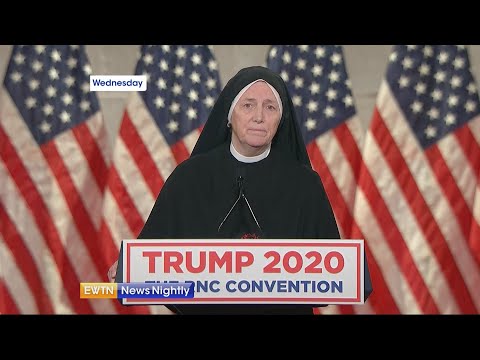 The U.S. election season has come down to its final days. Both national polling and those in battleground states see former Vice President Joe Biden with a lead. President Donald Trump has been traveling across the Rust Belt in hopes of winning key states like Pennsylvania and Wisconsin, as voters are told — once again — that the upcoming election is “the most important of our lifetimes.”

The Nov. 3 election is important, and signs continue to point to a Biden victory. Democrats, fearing a repeat of 2016 when Trump surged to a shocking victory, are countering this narrative by paying attention to many states — especially in the Midwest — that Hillary Clinton downplayed in 2016. For journalists, this leads straight to fights to attract Catholic voters of various kinds (see this previous tmatt post on that topic).

News consumers can sense some panic on the left that this election could go horribly wrong for them once again. Republicans, on the other hand, appear confident, yet cautious at the same time regarding the potential outcome.

Trying to gauge voter enthusiasm is difficult. While Trump voters do seem generally more energized — especially among evangelicals and church-going Catholics — compared to Biden supporters, the events of the past few weeks in Washington may have shifted priorities.

I’ve said since early in this race that, from a faith perspective, Catholics would decide the election, while evangelicals would determine whether it’s a landslide or not. That sense has deepened over the last few weeks.

I’ve said since early in this race that, from a faith perspective, Catholics would decide the election, while evangelicals would determine whether it’s a landslide or not. That sense has deepened over the last few weeks.

A majority of Catholics say they support Biden (52%), while only 40% back Trump. Nevertheless, that gap, according to the latest EWTN News/RealClear Opinion Research poll released this past Monday, shows that the race narrows significantly in swing states such as Arizona, Florida, Michigan, North Carolina, Pennsylvania and Wisconsin. In those states, Biden leads by an average of just four percentage points (48% to 44%), which is within the survey’s margin of error. Also, note this passage in that EWTN report:

Back in July, I argued that this coming election was primarily about the Supreme Court. In four years, Trump has remade the nine-member Court, appointing two justices — Neil Gorsuch and Brett Kavanaugh — as the Senate is poised this coming Monday to add a third in Amy Coney Barrett. For those keeping score at home, that would make it six Roman Catholic justices — with varying degrees of involvement in church life — on the Supreme Court.

For conservatives, this is a massive victory and gives them a 6-3 ideological advantage. Barrett’s pending confirmation could lead to a Trump defeat as enthusiasm among his base could potentially wane and voters — especially white Catholics who turned out big for him in 2016 — split their ticket between Biden and a Republican Senate candidate.

Writing in The Week, contributing editor Bonnie Kristian — in reference to white evangelicals and political conservatives in general — wrote:

Once Barrett is confirmed, then, the transaction is complete. The SCOTUS voters got what they wanted (a 6-3 conservative majority on the Supreme Court), and Trump got what he wanted (the presidency). The deal is done.

And given that fact, why should SCOTUS voters support Trump again in 2020? They don’t owe him anything. They paid in full in 2016, and now he’s held up his side of the bargain, too. What else is there to say? You don’t hang out with the car salesman after you’ve signed the papers. You certainly don’t pay him twice the sticker price for providing precisely what he promised. This is how a transaction works, and the Trump-SCOTUS voter transaction is over. Electing him again won’t make Gorsuch, Kavanaugh, and Barrett somehow more confirmed to the Supreme Court than they already will be.

As A.B. Stoddard, an associate editor and columnist at RealClearPolitics, also noted:

Surely Trump’s legacy of confirming three Supreme Court justices, as well as 200 lower court judges — all thanks to the tenacity of Senate Majority Leader Mitch McConnell — is hugely consequential and will be for generations. Some Republicans believe that adding a sixth conservative justice days before the election could help Biden win, and to many of them it would be worth it.

New focus on Minnesota and Michigan?

The GOP currently holds a 53-47 advantage (look for Barrett to be confirmed this week along party lines) in the Senate and could keep that edge come November. The RealClearPolitics average of polls currently shows seven races that are deemed “tossups.” Four others lean Republican, while five more are tilted to Democrats. That leaves 16 races (out of 22) that remain competitive heading into the final week of the election season.

Of those races, ones to keep a close eye on are Minnesota, where incumbent Democrat Tina Smith is battling Jason Lewis, a Republican. Representing 22% of the state’s electorate, Catholics are the biggest voting bloc in Minnesota.

In Michigan, another incumbent, Democrat Gary Peters, is in a tight fight against Republican John James. CatholicVote, a pro-Trump group helping the president trying to win re-election, says that 36% of Michigan’s “active Catholics” didn’t vote in ‘16.

Both Minnesota and Michigan are states either Trump or Biden need to win in order to get to 270 on the electoral map.

What if Trump loses those states, but Republicans nonetheless pick up Senate seats? What will that say about Catholics (and voters overall) in those two states? It will mean that they either vote for Biden (or third party), then split their ticket and pulled the lever for the Republican challenger in the Senate race.

Ohio and Pennsylvania, two key states with large Catholic-majority counties, do not have open Senate races this year — meaning that both the Biden and Trump camps are making direct appeals to voters there. While Trump has had a more aggressive ground game in these two states, Biden holds a lead in Pennsylvania, while Ohio remains a tossup.

Democrats on the progressive end of the spectrum have vowed to do all kinds of things should Biden win. In retaliation for Barrett, some have said they favor “packing the Supreme Court” by raising the number from nine to 15. With a Senate majority, Democrats could change the Court’s makeup as early as next year.

At the same time, they have vowed to make Washington, D.C. and Puerto Rico states, giving Democrats four more Senate seats and a solid majority for years to come. Others have also vowed to eliminate the Electoral College (and rely solely on the popular vote) so that a Republican could never again win the White House.

These are proposals that Biden has avoided backing. He knows they are unpopular with a very large segment of the U.S. population. His silence, however, may scare some voters.

CONTINUE READING “Election 2020: Could Catholics Split Their Vote This November?”, by Clemente Lisi at Religion Unplugged.