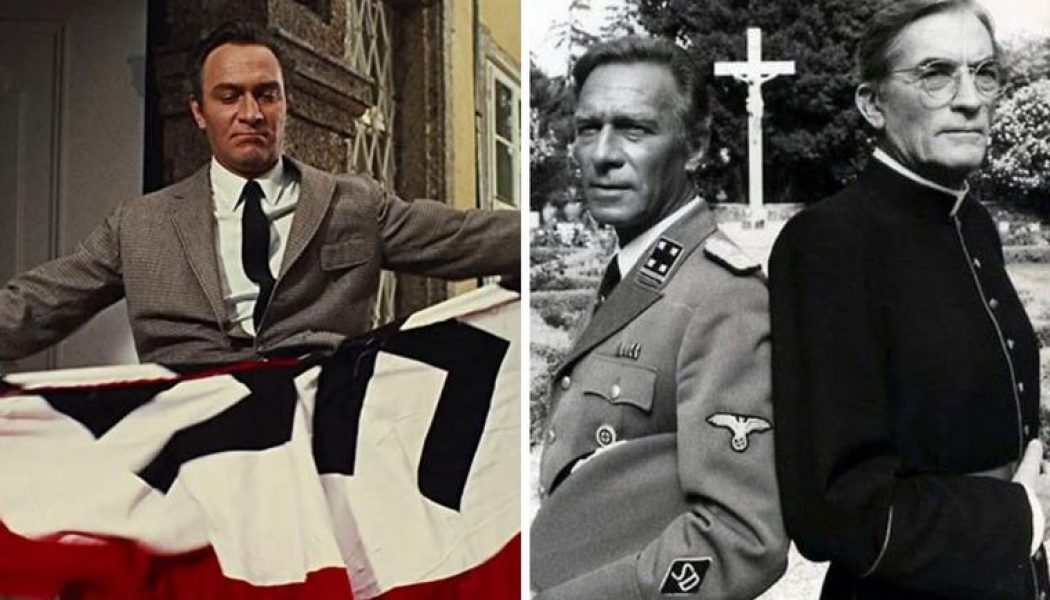 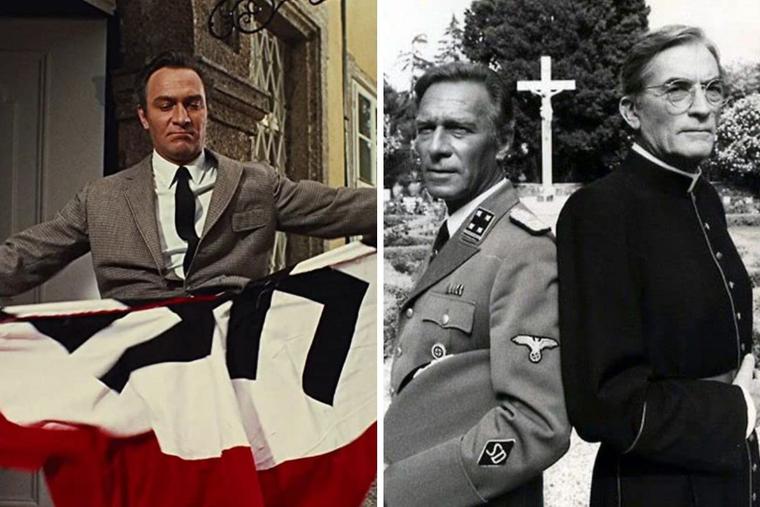 “That damn movie follows me around like an albatross,” Christopher Plummer once fumed about the one film for which — despite a prolific, varied, successful career in film, television and theater — he would always be best known.

Only a few years later, though, the Canadian actor, who died on Feb. 5 at the age of 91, appeared to have a change of heart of sorts. “The very best of its genre — warm, touching, joyous and absolutely timeless,” he enthused in his 2008 memoir, In Spite of Myself, describing a viewing of The Sound of Music at an Easter party with children.

“I had not seen the movie for years and the more I watched, the more I realized what a terrific movie it is. … I could suddenly see why it had brought such pleasure to so many people.”

In a film career stretching more than 60 years, Plummer appeared in many terrific films — and, even when the films weren’t so terrific, he was always a pleasure to watch.

Career highlights include supporting roles in Spike Lee’s Malcolm X (1992), Michael Mann’s The Insider (1999), Ron Howard’s A Beautiful Mind (2001) and Terrence Malick’s The New World (2005). A decade ago he became the oldest actor to win an Oscar for his role in Mike Mills’ Beginners (2010), in which he played an elderly widower who comes out as gay.

Bible film fans knew him as Herod Antipas in Franco Zeffirelli’s Jesus of Nazareth (1977) and the narrator of The Gospel of John (2003); he also voiced Herod the Great in Timothy Reckart’s not-so-great computer-animated Nativity story The Star (2017).

He was at his best, perhaps, in antagonistic roles that exploited his aristocratic bearing and air of reserve at least bordering on arrogance.

In Star Trek VI: The Undiscovered Country (1991) he brought gravitas and complexity to a Klingon general with an eyepatch bolted to his face. In Pete Docter’s Up (2009) he invested a mad explorer-inventor with twisted humanity and humor. He had a magnificent eleventh-hour triumph in Rian Johnson’s brilliant Knives Out (2019) as an imperious, calculating patriarch who didn’t think much of his privileged brood but had a soft spot for his Latina nurse.

And, while Plummer has become in recent years a social-media icon of resistance to fascism and neo-Nazism via a popular animated gif of the memorable shot of Captain von Trapp indignantly ripping a German Reich flag in half, the other role of his that most stands out for me is in another fact-based World War II film with an intensely Catholic milieu — one that finds the actor wearing the swastika on his arm.

Based on the nonfiction 1967 book The Scarlet Pimpernel of the Vatican by J.P. Gallagher, The Scarlet and the Black (1983) is a thrilling made-for-TV movie directed by Jerry London (Shogun) and starring Gregory Peck as Msgr. Hugh O’Flaherty, an important leader of the Catholic resistance in Nazi-occupied Rome.

Plummer plays a Nazi officer named Herbert Kappler, the head of the SS and Gestapo in Rome. Focused on recapturing escaped Allied POWs seeking sanctuary in the sovereign territory of the Vatican City State, Kappler gradually becomes aware that a covert operation run by Msgr. O’Flaherty is intercepting and hiding POWs before the Nazis find them.

The shadow of Captain von Trapp is long enough that as often as I’ve watched the later film — and I’ve watched both The Scarlet and the Black and The Sound of Music far more often than any of his other films — it’s always a bit unsettling to see that familiar face, between 15 and 20 years older, underneath a Nazi Totenkopf (the skull and crossbones insignia on Nazi military caps). Adding to the dissonance, Kappler is a family man with two adorable children, including a daughter named Liesel!

Peck’s resourceful Msgr. O’Flaherty is as defiant in the face of the Nazi evil as Captain von Trapp — though as an official of the Vatican he enjoys a level of political protection, due to the necessity of the Nazi regime respecting Vatican neutrality for propaganda purposes.

The rising tension between Kappler and Msgr. O’Flaherty is punctuated by a number of increasingly dramatic encounters, the most memorable of which may be the penultimate, wordless confrontation at St. Peter’s Square (the most frequently used location in the film).

Threatened with immediate execution by snipers if he crosses the white line painted across St. Peter’s Square marking the limits of Vatican territory, Msgr. O’Flaherty tests and toys with his opponents, pacing up and down the line, even idly swinging his foot over it.

Squinting at his enemy’s face through a sniper scope, Kappler sees the laughter on the priest’s face and becomes so agitated (Plummer’s twitching face wordlessly conveys his murderous rage) that he tremblingly starts to finger the trigger, white line or no white line. But Msgr. O’Flaherty, though he can’t clearly see his opponent’s expression at that distance, appears to sense (perhaps warned by the Holy Spirit or his guardian angel) that he may be overplaying his hand and walks away.

That penultimate confrontation is among the film’s most cinematic moments — but the final encounter, dramatically shot in the Colosseum, is the most significant. On the brink of surrendering Rome to the Allies, terrified for wife and children, Kappler turns in desperation to his hated enemy, forcing himself to appeal to the very Christian principles he despises in the hope that Msgr. O’Flaherty will use his underground railroad to spirit his family out of Italy.

The priest’s Irish temper gets the better of him in the moment, leaving the Nazi officer shouting after him in despair that his faith means nothing after all — but in prison Kappler discovers, to his wonder, that his family has indeed been saved. Closing titles inform us that Kappler was visited regularly in prison by Msgr. O’Flaherty himself, who ultimately baptized his former enemy into the Catholic Church.

(In passing, I can’t watch that Colosseum sequence without regretting that I ever saw one of Plummer’s worst films: the supernatural horror fantasy film Priest (2011). Set in an alternate world in which a twisted mockery of Catholicism exists apparently without Jesus, the fall or redemption, the film pits Jedi-like “priests” — who are different from “clergy” — against “vampires” who aren’t undead humans. Plummer plays an evil “Monsignor,” who, like Kappler, winds up shouting in a climactic scene at a defiant retreating priest, and the way he shouts the word “Priest!” has forever linked this terrible film in my mind to The Scarlet and the Black.)

The Scarlet and the Black has a secure place on my personal list in progress of the best Catholic-themed movies ever made. So does The Sound of Music.

Even at his most appreciative, Plummer would always be ambivalent about his association with a film that he felt at best “borders on mawkishness.” He appreciated the craft that director Robert Wise brought to the production and had nothing but the highest praise for Julie Andrews and his other co-stars, both adults and children.

But he regarded the character of Capt. Georg von Trapp as stifling and dull and worked hard — not without success — to add both humor and edge to the part.

Perhaps Plummer was responsible for that iconic Nazi flag-tearing shot that has become so popular on social media — an image that carries extra power because so many people encounter it at such a young age.

I have no memory of seeing The Sound of Music for the first time; like The Wizard of Oz, it’s such a formative part of my childhood that I feel as if it were always there. For me, like many others, that swastika-ripping shot might be my earliest intimation that that twisted black cross represented something repugnant: something to be opposed and resisted by all possible means.

More generally, it might be my earliest intimation that just as there are symbols of the good and true that deserve to be treated with reverence — something certainly instilled in me from my Christian upbringing — so there are symbols of evil that are not to be tolerated if we can help it, that must be torn down and desecrated.

My upbringing was Christian but not Catholic, and The Sound of Music was also a notable early exposure to Catholic iconography, to nuns and cathedrals and abbeys. (The nuns sing Maria at Nonnberg Abbey, where the real Maria von Trapp was a postulant. The wedding was shot at the Church of St. Michael in Mondsee, a Gothic former monastery elevated to a papal basilica by Pope John Paul II shortly before his death in 2005.)

Long before I had ever heard of Msgr. O’Flaherty, the slightly shamefaced, surprisingly automotive-savvy nuns revealing to the Reverend Mother the distributor and coil that they removed from the Nazi cars was my first introduction to the idea of Catholic resistance to Nazism.

Although Plummer contributed substantially to the world of religion-themed cinema in these two films and others, most notably Jesus of Nazareth and The New World, he was emphatically not a believer. He was also, by his own acknowledgement, an enthusiastic sinner for much of his life, a thrice-married adulterer with a long history of excessive drinking and infamous episodes of unprofessional behavior.

“My sort of religion is one of romance,” he said in an interview a decade ago. “I think the arts are the best thing to hang on to. Arts and science. I can’t join the rest of the world in the religions because they have become so bigoted and so dangerous. I just don’t believe in them.”

My sort of religion allows me to empathize enthusiastically with Plummer’s enthusiasm for the arts and sciences and also ruefully with his concerns about the dangers and bigotry corrupting much organized religion.

It also allows — indeed, exhorts — me to pray for the salvation of an unbelieving old sinner like Plummer. Perduc in caelum omnes ánimas, praesertim eas, quae misericórdiae tuae máxime indigent.