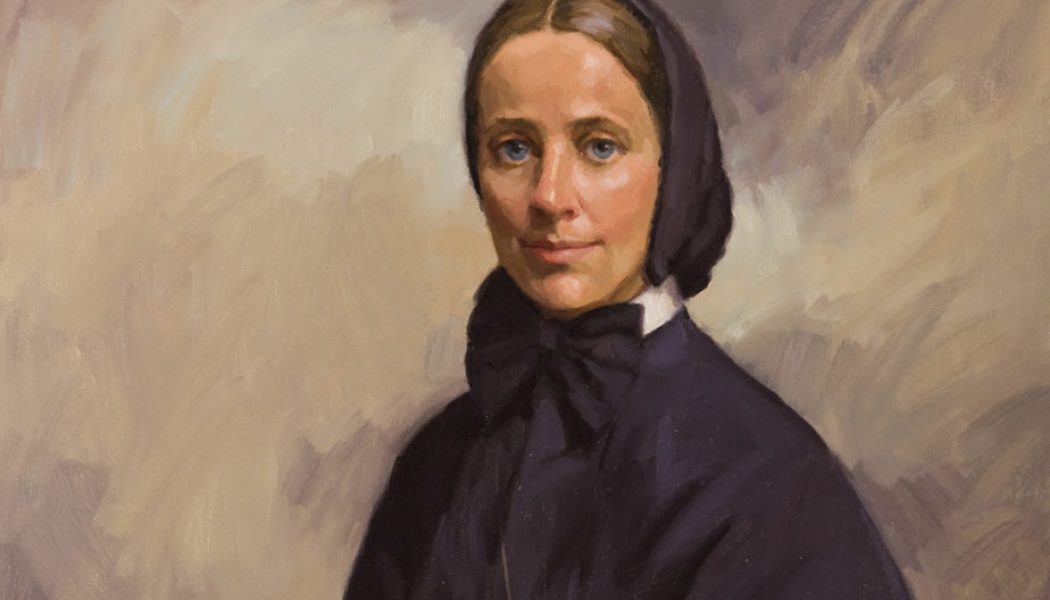 She was an Italian immigrant, a loving servant of those in need and the very first American saint, who also happened to walk the streets of Colorado. And now, to recognize the inimitable legacy she left behind in the Centennial State, she has a day named in her honor.

Each year in Colorado, the first Monday of October – Oct. 5 this year – will henceforth be known as Cabrini Day, named in honor of St. Frances Cabrini. Mother Cabrini was a simple Italian woman who made an impressionable mark on American Catholic spirituality and was responsible for founding 67 different institutions in the U.S., including schools, hospitals and orphanages.

“As the first annual Cabrini Day approaches on October 5, we appreciate the recognition as a great opportunity for all of Colorado to learn more about Mother Cabrini’s life, legacy, and the many accomplishments she made in our state,” said the Missionary Sisters of the Sacred Heart and the staff of Mother Cabrini Shrine in a statement to the Denver Catholic. “She cared for those who were in most need of being cared for including orphaned children and immigrants working in the mines.  Her story is rich with determination, grit, trust in the Lord, belief in herself, and a belief in the potential of others.  To us at Mother Cabrini Shrine, this designation is about her story, and we are eager for people to learn of it and be inspired by this great female humanitarian.”

Frances Xavier Cabrini was born July 15, 1850, in the small village of S’ant Angelo Lodgiano, Italy, just outside of Milan. The youngest of 13 children, she was born two months premature, and would live her life in a fragile and delicate state of health. Despite her condition, it didn’t stop her from joining a religious order when she was of age.

In 1880, Cabrini founded the Missionary Sisters of the Sacred Heart of Jesus. The dream for her and her sisters was to go and do missionary work in China, and was granted an audience with Pope Leo XIII to gain permission to do so. Much to her surprise, he told her not to go east, but to the west — namely, the United States. Italian immigrants were flooding the country at the time, and the Pope thought her talents would be best utilized serving them instead. He was right. 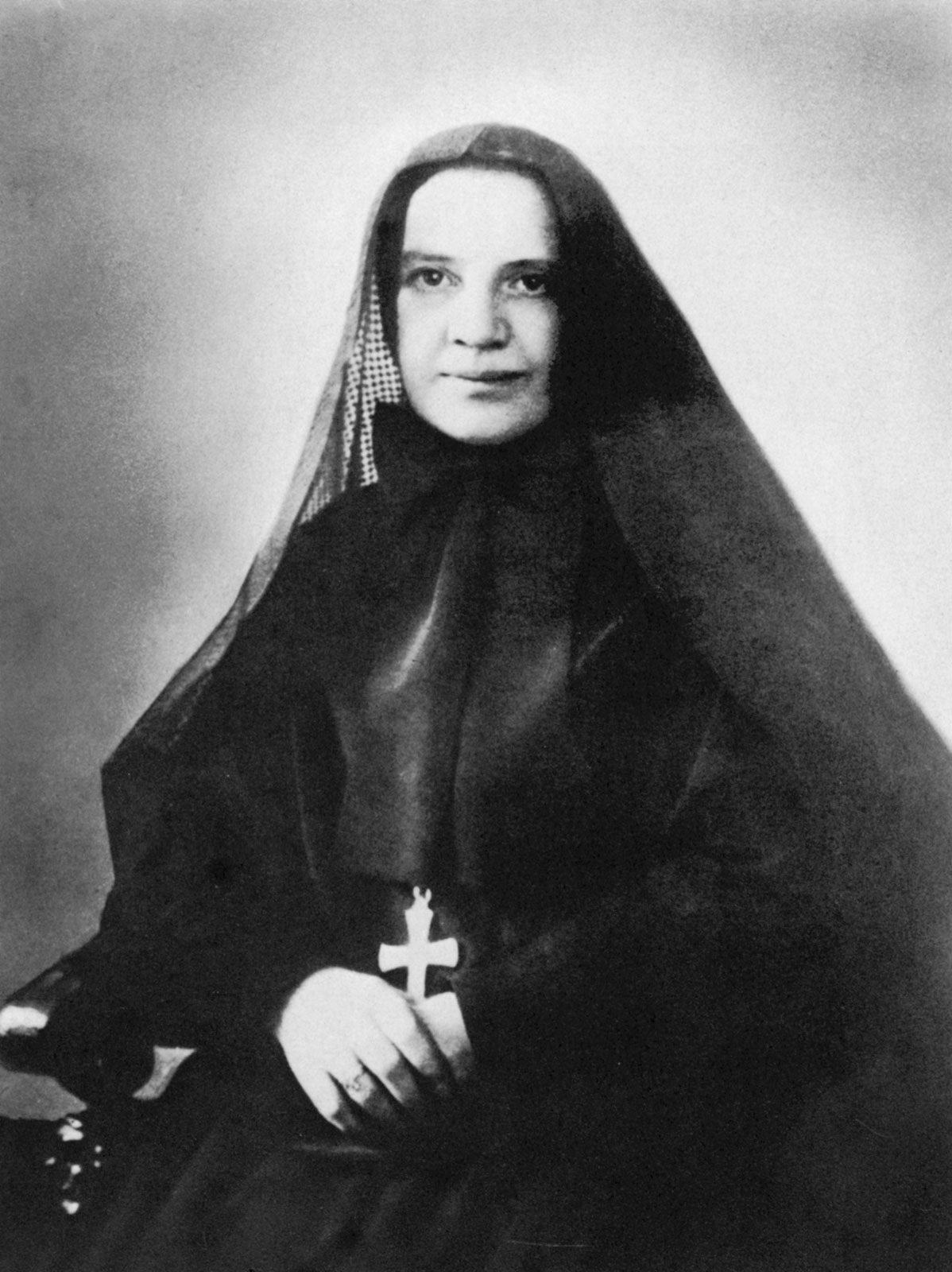 She arrived to New York City in 1889. It was difficult at first, but she founded an orphanage in what is now West Park, New York, known as Saint Cabrini Home. She eventually found her way to Colorado in 1902, where she would visit several times in the remaining years of her life. She ministered to the poor Italian mining workers and their families in the foothills west of Denver, an area she was particularly fond of.

Having already established Queen of Heaven Girls Orphanage in Denver, Mother Cabrini was in need of a summer camp to bring the girls during the summer months. She discovered some property on the east slope of Lookout Mountain, owned by the town of Golden, and negotiated its purchase in 1910, after taking her oath as a U.S. citizen the year prior. Three Sisters of the Sacred Heart lived on and maintained the land, which had a small farming operation.

The land had no known reliable source of water, but as the story goes, in September 1912, Mother Cabrini told some of the thirsty, complaining sisters to lift a certain rock and start digging. The sisters obliged, and uncovered a spring, which has not stopped running to this day. Many pilgrims to Mother Cabrini Shrine believe the water has brought about healing and peace in their lives. Coloradans are blessed to have Mother Cabrini Shrine right in their own backyard as a place to visit and learn more about this great saint.

Cabrini Day marks an occasion to ask for Mother Cabrini’s intercession in the continual prayers for the spiritual and social wellbeing of the people of Colorado. Colorado is home to a vibrant and passionate Catholic community, and Mother Cabrini can still join this community in spreading the Gospel to those who need to hear it, whether it be through the various ministries and charities that the Church spearheads, or even through advocacy for the dignity of life and joining the push to end late-term abortion in Colorado. It’s clear that Mother Cabrini had an undying love for the marginalized and downtrodden, and the Church in Colorado constantly strives to imitate this.

Each year in Colorado, the first Monday of October – Oct. 5 this year – will henceforth be known as Cabrini Day, named in honor of St. Frances Cabrini.

St. Frances Cabrini’s story of immigrating to America with very little and giving what little she had to those whom she encountered is a universal tale of service and generosity whose appeal extends far beyond people of faith. Everywhere she went, she saw a need, and she did something about it. In 2018, EWTN released a film on the life of Mother Cabrini that provides more insight into the many obstacles she encountered in answering God’s call for her life, but also how all things are possible with God. Her life and the mark she left is a living testament to this fact.

Mother Cabrini died on Dec. 22, 1917, in Chicago. The cause for her beatification, and her subsequent canonization into sainthood was opened shortly after her death. She was canonized on July 7, 1946 by Pope Pius XII. A July 4, 1946, article in the Denver Catholic Register chronicled Mother Cabrini’s travels during her life and concluded that she founded an “average of one house for each of her 67 years of life,” each of which was either a school, hospital or orphanage.

St. Frances Cabrini’s spirit is very much alive in the Centennial state, and it’s a spirit which will now be joyfully celebrated each year on Cabrini Day. This special day will now serve as an ever-present reminder of the Christ-like love that this simple woman poured into our great state – a love that made her a saint.