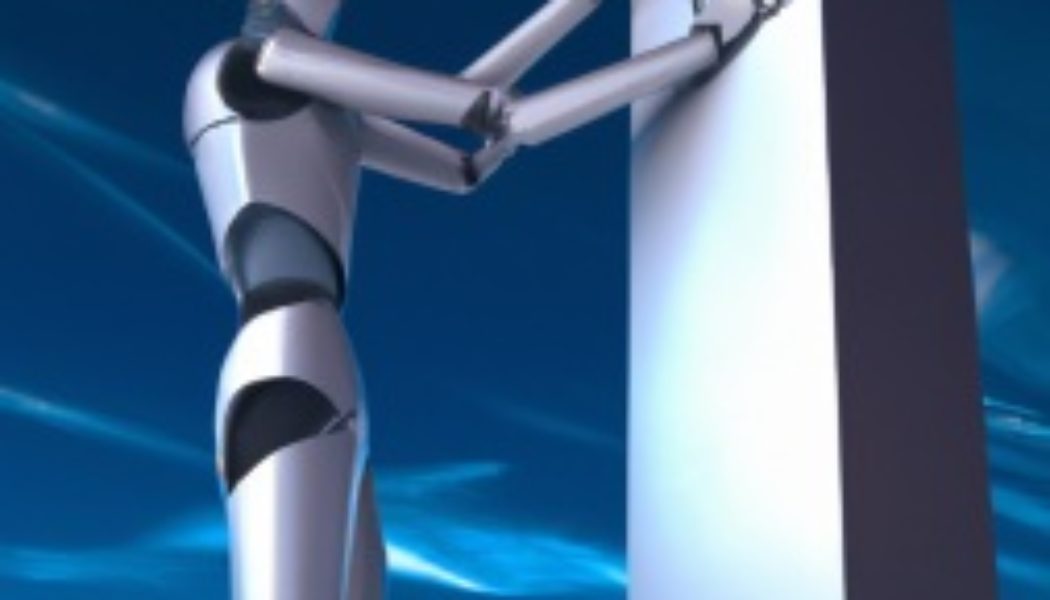 “In recent years, the question of artificial intelligence (AI) possessing personhood has become a hot topic of debate. Some believe that AI could one day achieve sentience and become its own entity, while others believe that personhood is something that can only be attained by beings with a soul. The Catholic Church has not yet taken an official stance on the matter [a debatable claim –Fr. VF], but it is an interesting question to consider. For example, if an AI became self-aware and could think and feel for itself, would it have the same rights as a human being? If an AI was created with the sole purpose of serving humans, is it ethical to treat it as a mere tool?”

The preceding paragraph was not written by a human being but generated online by a LaMDA (Language Model for Dialogue Applications). I gave the program GPT-3 the instruction: “Write an interesting introductory paragraph, including an example, for a Catholic article on the question of artificial intelligence possessing personhood.” The paragraph above was its first five sentences of its output. The accompanying illustration above was also created online using the image generation program DALL-E from my submitted prompt: “A robot touching a monolith (like in ‘2001: A Space Odyssey’)”. GPT-3’s paragraph and DALL-E’s image each took less than a minute for computers to produce. We can expect computers to be capable of even more amazingly sophisticated things in years to come. This leads to the question: “Can computers be persons?”

Gaudium et Spes, the Second Vatican Council’s document on the Church in the modern world, says “[man] is the only creature on earth which God willed for itself.” But this teaching was written in 1965, when Seymour Cray had only begun building the earliest supercomputers in Chippewa Falls, Wisconsin. Could mankind now fashion a new type of rational creature, a self-aware being endowed with an immortal soul? There are philosophical and theological issues with proposition. First, if an AI were ever self-aware, how could we know? A computer need not be conscious to say “Hello World” according to its programming. Second, I am aware of nothing in divine revelation which suggests God would begin imparting souls into the works of our hands. Various electronics may be equipped with sensors and speakers and means of motion but I do not believe any of them will ever truly see or hear or speak or walk. As noted in René Magritte’s famous painting “The Treachery of Images,” a mere depiction of a pipe “is not a pipe.” Pope Francis spoke about this fundamental difference between man and machine, persons and things, in a 2019 address at the Vatican:

“The inherent dignity of every human being must be firmly placed at the centre of our reflection and action. In this regard, it should be noted that the designation of ‘artificial intelligence,’ although certainly effective, may risk being misleading. The terms conceal the fact that – in spite of the useful fulfillment of servile tasks… functional automatisms remain qualitatively distant from the human prerogatives of knowledge and action. And therefore they can become socially dangerous. Moreover, the risk of man being ‘technologized,’ rather than technology humanized, is already real: so-called ‘intelligent machines’ are hastily attributed capacities that are properly human.”

I cannot see Catholicism ever attributing personhood to complex machines, but I predict that others will begin to in the coming decades. As new applications are programed to increasingly replicate human conversation and emotion I could see young people imagining them as their real friends. As anthropomorphized technology’s creative feats far surpass our human abilities, I could even see some adults revering them as wise and powerful idols. If so, then these passages of Psalm 115 will find a new fulfillment: “Their idols are silver and gold, the work of human hands. They have mouths but do not speak, eyes but do not see. They have ears but do not hear, noses but do not smell. They have hands but do not feel, feet but do not walk; they produce no sound from their throats. Their makers will be like them, and anyone who trusts in them.”

The potential of AI is very exciting, and yet it also holds dangers. The 5th Psalm reflects, “What is man that you are mindful of him, and a son of man that you care for him? Yet you have made him little less than a god, crowned him with glory and honor. You have given him rule over the works of your hands, put all things at his feet…” Let us honor our Creator, defend the primacy of human dignity over all earthly creations, and never worship the works of our hands.

This entry was posted on September 17, 2022 at 5:22 pm and is filed under Art, Culture, Human Dignity, Reflection. You can follow any responses to this entry through the RSS 2.0 feed. You can leave a response, or trackback from your own site.